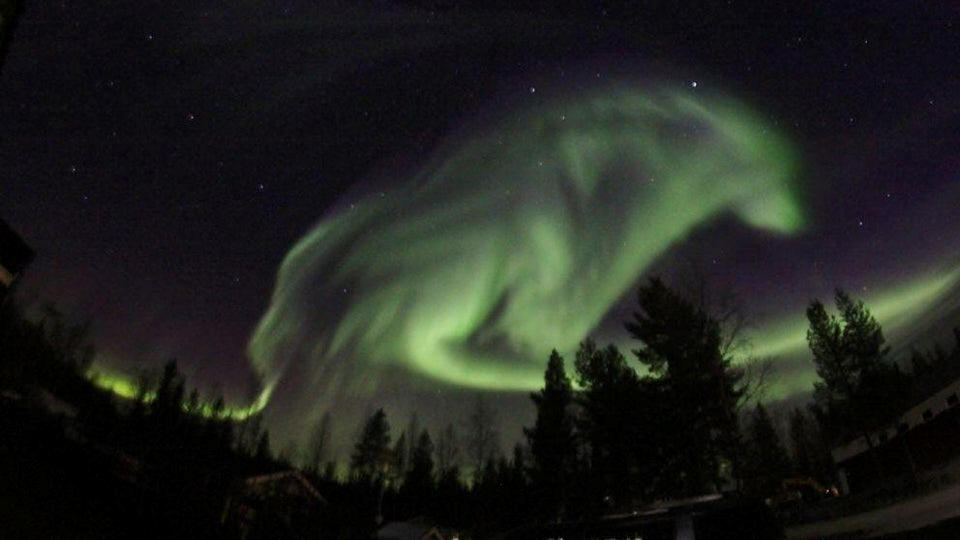 Those who have a sensitivity and discernment toward spirits can be prone to attack by them, for such spirits, demonic or earthbound, see the light and are threatened by or wish to drain it, as well as simply sting or outright harm the person in question. For these spirits prefer operating unnoted and unseen — in the dark.

Thus we observe how Padre Pio and innumerable saints were assailed by such kobolds and imps, and yet always had victory in the end. He was once given the vision of a huge spirit he was assigned to struggle with his whole life.

According to author Bernard Ruffin, “he saw himself in the middle of a large hall between two groups of people, one group had beautiful faces, the other hideous ones. Just then a huge monster came from the end of the hall toward him, but Jesus appeared, in order to give Francesco strength. Before the monster could reach Francesco it was struck by lightning and disappeared. The Lord said to him, ‘That is the fiend against whom you will have to fight.’ This vision would prove to be fortuitous, as many pilgrims sought this holy Priest in the Sacrament of Penance, and led Padre Pio into a deeper prayer life, for this holy priest did not fear Satan but he did fear offending God, a fear shared by many mystics within the Catholic Church.”

The demonic comes at us in many ways. For most people, it is through “portals” in the conduct of our lives, in our personalities, in our spirits: failures and shortcomings, curses, or bad habits that breach the protection of the Holy Spirit, which is like a bubble of protection. Anger and lust will cause a “rent” in the spirit. So will avarice, for certain.

They also “jump” onto us from places we go. There are locations that harbor spirits for whatever reason — sin conducted there, crime, occultism (especially this), or trauma. When we feel instant antagonism, or see a sudden, radical shift in our moods or in those around us, we must be aware that spirits may be attached to the locale. A clean, impeccably groomed house on the wealthy side of town — a physically bright place — can harbor the dirtiest of spirits, for here may be present the sin of materialism, a magnet.

They can attach to us like “bats” that flit and land on the nape of the neck from those around us. People are “haunted,” or demonized, just as places are. This attachment to a person can come through selfishness, hatred, again the occult, generational baggage, addiction, dishonesty, ego, and jealousy — which is hot fuel for the wrong side of spirituality. When attached to another person, such a spirit can also temporarily affect those who are around the person, clinging to them, if there is not adequate prayer before and after encounters we know to have potential darkness. Many are injured this way (the devil loves illness and accidents) due to what Proverbs warns is “lack of knowledge.” How many these days roam around harboring spirits and don’t realize that spirits are the cause of their afflictions?

They can come through phone conversations, e-mail, television, Facebook.

Dark and deceptive and familial spirits attack many ways, including by:

Dividing us. They set one person or one group against another. Evil distorts our impressions and after distorting words and cues, it instills umbrage. Most of us know and have seen this. Divide and conquer.

Instilling pride. When there is ego, there is the energy of Satan. It is his “grace.” Really, it is acid.

Through isolation, caused by sloth or fear (or both).

We react out of pain instead of love because we have not moved on from past wounds.

The enemy seeks to take a little slight and magnify it out of all proportion, and we feed that when we refuse to relinquish resentment. Dark spirits sow confusion and suspicion.

Evil can take a form like animals, not only bats, but of course snakes, wolves, rats, insects, and “leviathan” (Isaiah 27:1). There is the sting of scorpions, the venom of a serpent.  Big spirits, little spirits. Yet, Luke 10:19 assures us we can trample them.

The exorcist Father Gabriele Amorth said of Padre Pio: “The devil appeared to him under many different forms: as a big black cat, wild and threatening, or as a repulsive animal, in the clear intention to frighten him; under the appearance of naked and provocative young girls who danced obscene dances, obviously to test the chastity of the young priest. However, the worst was when the Devil took on the appearance of his spiritual director, or posed as Jesus, the Virgin Mary or St. Francis. These demons are constantly hitting me and throwing me out of bed.”

We have previously discussed the “python” spirit, and so finishing here with leviathan: this can be seen as a sea serpent, just under the surface, twisting, able to strike with explosiveness, when we do not see it. Very big and powerful. With one hold, we are brought to its depths. There is the pride that divides. We are made to twist words — and hear words in a twisted way. There is the curse of chaos. There is despair. There is a heart of stone. There is harsh assessment.

It can be defeated only with humility.

Breaking evil — the leviathan spirit — is often as simple as saying, “I’m sorry,” or “I forgive you.” Best of all, seeking always and primarily closeness with Jesus and in all circumstances with everyone no matter what, seeking to love.

[Footnote: “Look towards Christ and that will save you.  What makes a person saintly is love.” -St. Porphysrios]
+
[resources: Padre Pio: The True Story]