It’s evening and time to take the trash can down the driveway and you think: Wasn’t it just the day before yesterday — not a week ago — that I did this? Didn’t I just go through these motions?

It’s October and then it hits you that it seems like yesterday was the beginning of September!

Next month is Thanksgiving, and then Christmas.

Or is it — this accelerated calendar — because you haven’t been much of anywhere since the last holiday season?

One can attribute much disorientation and temperament to the pandemic: we’ve been cooped-up or semi-cooped-up for now eight of the twelve months of this year. Daily routines — the same old same old — have in many cases made one day indistinguishable from the next. And when that occurs, the days blur together. A week is as one day and a day is as a week and the calendar pages fly off the wall as in a maelstrom.

Also, so much news flies at us that we lose track of what happened where and how and when. We are discombobulated chronologically.

Says WebMD: “If it feels like all your internal clocks are melting as your stay-at-home days drone on, you are not alone. Researchers say that people in various levels of COVID-19 lockdown around the world are reporting a distorted sense of time.

“Some people say they feel as if their days are sped up and flying by, while others sense that time has slowed to a crawl. An event that happened just weeks ago feels like something that happened years ago.”

Or is time actually speeding up, in an almost preternatural way?

We asked this briefly in our recent “special report.”

For many are those who — long before the pandemic — felt it was accelerating. And in fact geophysically, days are now shorter by 6.8 microseconds thanks to the effect of the great Asian earthquake-tsunami in 2004 had on the earth’s spin axis.

But that’s not something we would notice: A microsecond is a millionth of a second!

Is it because we are getting older?

“How a clock measures time and how you perceive it are quite different,” notes an article in a journal at Harvard University’s Graduate School of Arts and Sciences.

“As we grow older, it can often feel like time goes by faster and faster. This speeding up of subjective time with age is well documented by psychologists, but there is no consensus on the cause. In a paper published [in March of 2019], Professor Adrian Bejan presents an argument based on the physics of neural signal processing. He hypothesizes that, over time, the rate at which we process visual information slows down, and this is what makes time ‘speed up’ as we grow older.

“As we age, he argues, the size and complexity of the networks of neurons in our brains increases – electrical signals must traverse greater distances and thus signal processing takes more time. Moreover, aging causes our nerves to accumulate damage that provides resistance to the flow of electric signals, further slowing processing time. Focusing on visual perception, Bejan posits that slower processing times result in us perceiving fewer ‘frames-per-second’ – more actual time passes between the perception of each new mental image. This is what leads to time passing more rapidly. When we are young, each second of actual time is packed with many more mental images. 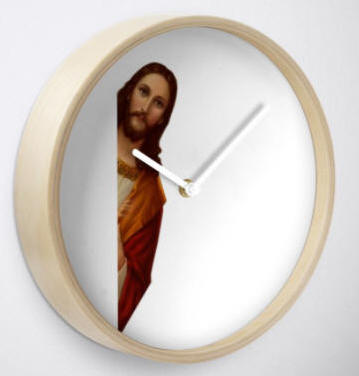 “Like a slow-motion camera that captures thousands of images per second, time appears to pass more slowly.

“As he puts it: ‘People are often amazed at how much they remember from days that seemed to last forever in their youth. It’s not that their experiences were much deeper or more meaningful, it’s just that they were being processed in rapid fire.’”

There may well be truth to that, but what about the young people who also think time is speeding by (including a teenager we know and another in her mid-twenties)?

Let us know your take on it and experiences [here].

Writes another academic type: “Do you seem to have less hours in your days? Do you feel as though time is speeding up? Is it our imagination? Einstein proved that it isn’t, that time is in fact speeding up. Einstein’s calculations showed that the closer an object comes to the speed of light, the slower time passes. Scientists have done experiments that prove Einstein’s theory to be correct using clocks moving at different speeds.

“The opposite then must be true that as our speed decreases, time speeds up. Researcher Greg Braden confirms this, he says that the rotation of the earth is slowing down, and time is speeding up. Evidence for his assertions comes from the Schumann Resonance. The Schumann Resonance is like the earth’s heartbeat. It is the Extremely Low Frequency (ELF) of the earth’s magnetic field. In the 1950’s, when the Schumann resonance was discovered, it was recorded to be an average of 7.8 Hertz. Now, according to Swedish and Russian researchers, says Braden, it is an average of 12 Hertz. This means that the normal 24-hour day feels like a 16-hour day.”

Wouldn’t it be an ultimate irony if one of the major signs of our times turns out to be time itself?