It is always treacherous to predict exact dates for major prophetic events. Virtually every one falls short. Most don’t just miss the deadline but never happen.

Does that mean it’s not possible?

It doesn’t mean that, no. But it’s worth noting that the Blessed Madonna, in her most credible appearances, rarely if ever has set definitive time-frames by month and day.

Yes, at Fatima the Virgin told those three youngsters she’d appear on the 13th of each month. At Medjugorje, she appears on the birthdays of seers who no longer have daily apparitions, and she delivers a monthly message smack on the 25th of each month. In the initial years, the apparitions also occurred at a set time every evening.

At Fàtima Mary told Sister Lucia dos Santos a “great sign” would announce a second world war, but gave no month or year for it. (It ended up occurring by way of an extraordinary display of the aurora borealis, seen as a red curtain in much of the West, January 25-26, 1938).

As far as future events, the Blessed Mother is usually more abstruse, at least in public statements. Seers do claim to know certain times and dates at certain apparition places such as Garabandal. But those are alleged “secrets.”

In our own time has been a slew of alleged locutionaries, intuitives, and visionaries who have offered various times and dates for major events (most of them disastrous).

In non-denomimational Protestantism, an otherwise unknown pastor named Dana Coverstone at an Assemblies of God church in Burkesville, Kentucky, created a sensation when he went on Youtube to relate a series of dreams about massive events that, he said, would take place this past September as well as in October and November. In the nocturnal visions he says he saw a finger flipping pages on a calendar and “June go; I saw July. I saw August, and then I saw September, and I saw the finger underneath the word September and emphasizing it and tap it three times.

“Then I saw October come up, and then I saw November and this is when it got real to me in the dream. I think the intensity for me…  when I woke up my heart rate was about 180.”

Coverstone specifically cited the second week of October — saw the “finger” appear and point to the second week of the current month and drag it to the third week. Then, apparently, it pointed to October 31st and held the position, tapping that date.

No question November may be a most intriguing and tense month. But to the extent he portrays? And what about October — and specifically the 31st? We have until midnight Saturday (one guesses Kentucky time) to see what does or does not transpire.

Coverstone predicts chaos across America, with Washington, D.C. burning and Russian and Chinese tanks rolling in — a prophetic mouthful. Since Scripture says not to despise prophecy, we’ll simply wait and see, letting time offer the discernment. If wrong, Scripture informs us a prophet has been “presumptuous” (which is definitely on God’s “blacklist; see here.). Will things come to a halt — even planes in the sky, as some would have it (quite spectacularly)?

The same indication for October (and also subsequent months) has been made by an alleged seer-priest from Montreal named Father Michel Rodrigue.

Last March the priest said: “Notice the fact that all those who know the coming of Christ in Grace in our time are sons and daughters of Mary, our Mother. We are chosen for a special role: to be obedient to the Holy Spirit and our Mother Mary and to stand ready and able to help our brothers and sisters step into the journey of the Church. . .

“My dear people of God, we are now passing a test. The great events of purification will begin this fall. Be ready with the Rosary to disarm Satan and to protect our people. Make sure that you are in the state of Grace by having made your general Confession to a Catholic priest. The spiritual battle will begin. Remember these words: THE MONTH OF THE ROSARY WILL SEE GREAT THINGS!” 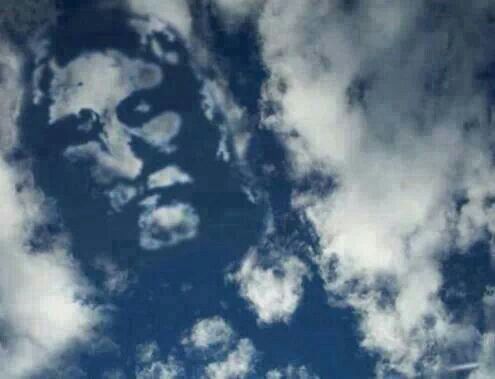 In a way, covid — which no seer with whom we are familiar predicted, and which is the major global event since World War Two — has done this: brought societies to a near-grinding halt. (One exception may be an as yet undiscerned one, see below.)

As for November, there are the non-denominational preachers who say God “told” them President Donald J. Trump will win re-election. There are only days left before we’ll get an indication of whether they are true or false prophets.

Televangelist Pat Robertson is one of them. A week ago he revealed to his large viewership that God has “told” him President Trump will win, and that more than five years later, an asteroid will hit earth and “maybe” bring “the end.” The 90-year-old forecasts disaster for the country and the world after the election, including civil unrest, at least two attempts on Trump’s life, and a war against Israel that will be “put down by God.” Then, the world will see “at least five years or more of extraordinary peace” before the asteroid.

Not an October prophecy — but certainly one pertinent to the election, and going way out on a limb, to be sure (not to say televangelists are less reliable than some pollsters). On October 18 President Donald Trump attended the Sunday morning service at International Church of Las Vegas, where Senior Associate Pastor Denise Goulet prophesied a second presidential win for him.

“At 4:30, the Lord said to me, ‘I am going to give your president a second win,’” Goulet reportedly told Trump, who joined hundreds of congregants for the morning worship. “The Lord said, ‘he is ready for the next four years.’”

And so we’ll see. The clock ticks. Soon, the entire eventful distressing challenging dynamic year of 2020 will be over.

Many are those who pin exact years — in the prophecy about a hundred-year reign of Satan — or treat the Bible like a riddle with secret codes. Be very cautious. More on this at the webinar.

Asks a Catholic blogsite: “Russia (the Soviet Union) became the first country in the world to legalize abortion. What if this opened a gigantic satanic portal, and the ticking clock of Satan’s 100-year unbinding started when Russia was the first to legalize abortion in 1920. Literally, the biggest satanic portal opening one could imagine. Maybe this points to the ‘errors of Russia’? Maybe, because Russia opened the portal, this is why Russia was singled out for Consecration?”

Well, the Fatima mention of Russia seemed to explicitly cite atheism as the “error” Soviet Russia would spread (as it did), but again: we respect all informed discernment.

For now, we’ll simply stay with the very direct words of Jesus, Whose prophecies are the only ones upon which we can entirely count.

[Footnote from the mail (for discernment only):+

MESSAGES ABOUT ILLNESS, Luz de Maria, Argentina
+
THE BLESSED VIRGIN MARY
12.21.2019
+
My children are suffering more frequently from respiratory diseases, which increase, being recurrent and requiring long treatment. Children, have you not asked yourselves why it is that you should be weaker faced with respiratory diseases? Exposure to drastic changes in the climate greatly contributes to your bodies’ being exposed to respiratory complications, but at the same time the hand of man is implicit, spreading chemicals and viruses through the air so that you fall sick more frequently, and these sometimes become mortal for human beings.
+
Faced with this, you should protect yourselves in order to minimize exposure to white trails when they cover the atmosphere. At the same time, spray the oil of the Good Samaritan on what you have chosen to protect your nose and mouth. Sick minds of powerful nations are the demons that spread the disease on My children in airplanes.
Shut your homes and do not expose yourselves to the open air when you see strange forms in the atmosphere.]
+
ShareTweet