Interesting is a priest making the rounds, Father Michel Rodrigue, of a new order he founded, the Apostolic Fraternity of Saint Benedict, in Canada, and his prophecies about the so-called coming “warning.”

That’s a putative event that first gained widespread currency during apparitions at Garabandal in Spain, though it is contained, to some degree, in certain ways, in previous alleged private revelations (including apparitions in central Spain at Ezkioga, which turned out to be problematic).

And it comes at the same time a very popular new book, The Warning: Testimonies and Prophecies of the Illumination of Conscience, by highly reputable author Christine Watkins of California, has flashed across the mystical landscape.

It was Christine who made us aware of the priest, who was born near the city of Rimouski in the province of Quebec and is the 23rd child of a family of twenty-three children. As one bio relates, “He grew up on the family farm and felt a calling to the priesthood as early as the age of three. After that call, our Lord Jesus and our Blessed Mother would sometimes personally assist and guide Father Michel during key moments of his life through inner locutions.”

Watkins, who has a chapter about him, says his order was directed by a locution from God the Father, from Whom the priest says he has heard since the tender age of three.

At one point, the priest, who is abbot at his monastery, says he was “suddenly given a vast view of the earth, the universe, and myself, and I understood that everything was made and held in existence by Him. From age three to six, the Lord instructed me in the faith and gave me a thorough theological education. He also told me, when I was three, that I would be a priest.”

On Christmas Eve, 2009, Father Michel’s priesthood took an extraordinary turn when (allegedly) he was awakened in the night by the presence of Saint Benedict Labre, “who stood by his bedside, shaking his shoulder,” writes Watkins in the book, which has a number of cases whereby people have had glimpses of their own souls or predictions of a coming so-called “illumination of conscience.”

He calls the coming “warning” more a “Pentecost.”

“Suddenly, the stars, the sun, and the moon will not shine,” he says. “All will be black. In the heavens, a sign of Jesus will appear and light up the sky and the world. He will be on the Cross — not in His suffering, but in His glory. Behind Him in a pale light will appear the Face of the Father, the True God. It will be something, I assure you.

“From the wounds in Jesus’s hands, feet, and side, bright shining rays of love and mercy will fall onto the entire earth, and everything will stop. If you are riding in a car, don’t worry — the car will stop. If you ask me, ‘How can that be?’ I will say, ‘God is God. He is Father Almighty, Creator of Heaven and earth. Do you think He cannot stop matter? Do you believe that your small airplane will outrun Him?’

“Everything will be fixed in time, and the flame of the Holy Spirit will enlighten every conscience on earth. The rays from Jesus’s wounds will pierce every heart, like tongues of fire, and we will see ourselves as if in a mirr 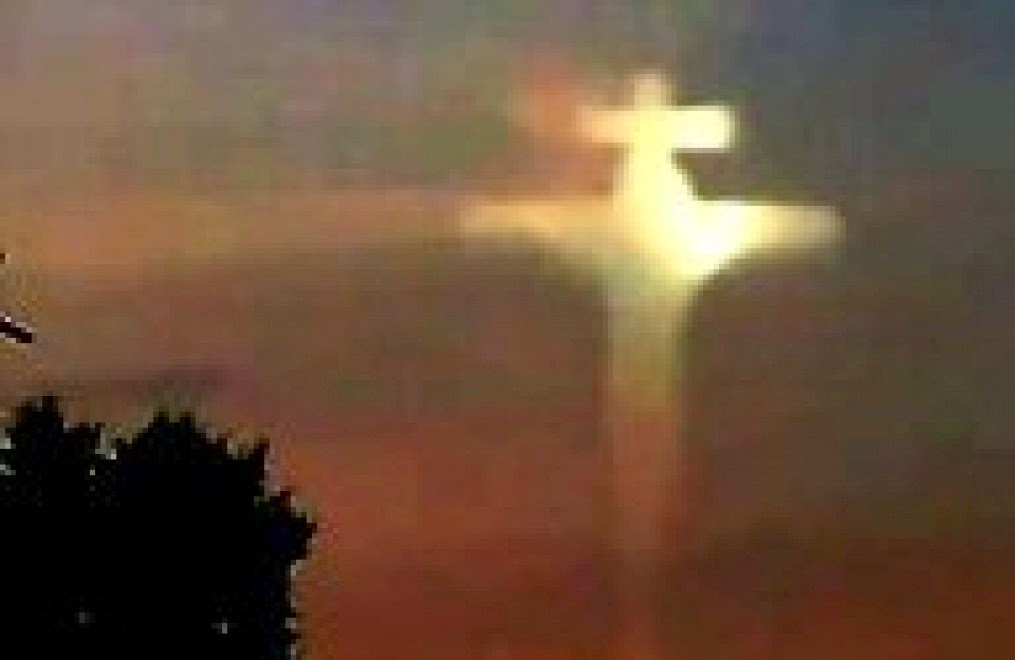 or before us. We will see our souls, how precious they are to the Father, and we will see the evil within ourselves.

“The illumination will last about fifteen minutes, and in this merciful pre-judgment, all will see immediately where they would go if they were to die: Heaven, purgatory, or hell. More than seeing, however, they will feel pain of their sins, all of them, even the ones they have confessed in the Sacrament of Reconciliation. But the ones they have confessed will be experienced differently.”

Take it all into discernment. Such future scenarios have been expounded in similar fashion at Garabandal and by Sister Faustina Kowalska of Poland, along with a bevy of more recent mystics.

For you to determine — as always, with great caution.

These are, it is said, the coming “bad times,” at the end of which Jesus and Mary triumph, says the priest — as so many others have also stated, quoting what they describe as locutions.

Those times, he believes, will begin in Venezuela. He quotes mystic Maria Esperanza of that nation as saying it will “start here.” The collapse of Venezuela, claims this priest, is the “first sign.”

The second sign, proposes Rodrigue, will come from France, “because France is the elder daughter of the Church,” he says. This sign can be drawn, he says, from the prophecies of mystic Marie Julie Jahenny (who, among other things, foresaw a dramatic period of darkness).

“The third sign will combine three signs together,” he says.

“First the Pope: Jesus said to me in 2009 that in the fifth year of the foundation [Apostolic Fraternity of Saint Benedict], a big sign would hit the Church. The Universal Church would tremble. The fifth year was when Pope Benedict resigned. The second is the Virgin Mary: When Notre Dame burned in France, it was a sign for all Christians in faith. Notre Dame was not just a church. It was where Christians of all kinds come to evangelize and there is a special devotion to the Virgin. The third is the Holy Eucharist: before the ‘Warning,’ trouble will start when the third sign will hit the Holy Eucharist. Then earthquakes, storms, waves, and everything in nature [will be riled] at the same time.

“There will be the collapse of the conscience of the people. The other sign, at the same time, will be in the Church.” This sign is scandal — evil — everywhere, something, he notes, the last three Popes have warned about. “Pope Francis mentions many things about the devil,” he says. “The sign will touch the Holy Eucharist.” There will be confusion in the Church. Various Eucharistic prayers will be allowed.

“In 2018 I received this message: ‘Listen to My Voice, hear My words: be not afraid of this time.  I will not let a hair from your head fall without my comfort. Many of you are afraid, waiting for the moment when I will enter into this world. My Son will be the One Who will manifest His glory when the time comes. In Him, all is accomplished. Your prayers and sacrifices associated with My daughter Mary and offered in participation with the Holy Sacrifice of My Son save the world, a simple humble prayer can strike Satan. Do not let your heart be troubled. I hear your prayers.

“Pray and be confident. I do not want you to be as those without faith and will tremble during the manifestation of the Son of Man.  I know about you, your children, your family. I hear also the demand from your heart.” 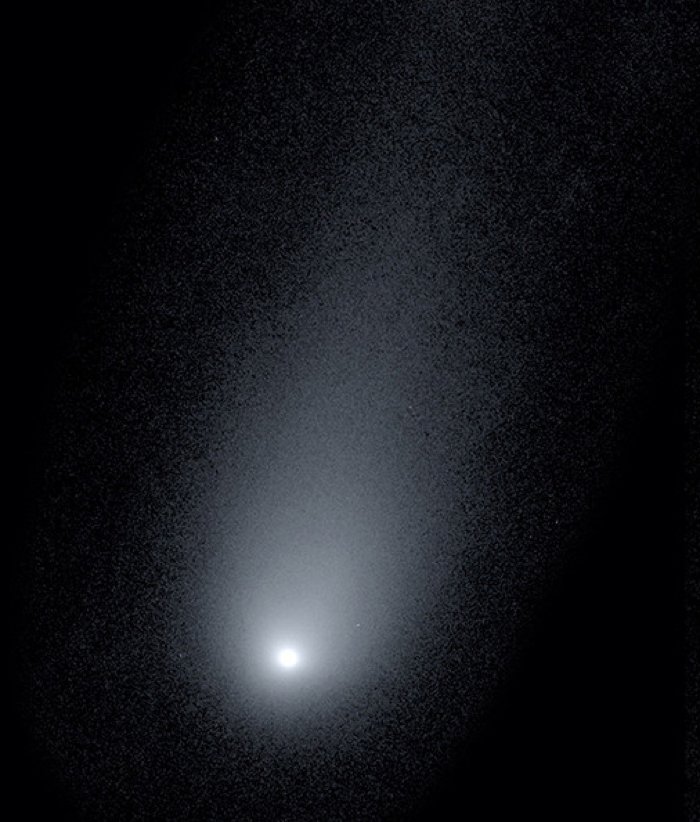 “Since 2012, I saw the ball of redemption coming upon the earth. I saw a second ball of fire. The Lord, in Father Michel’s rendering, said, ‘Keep ready. The pride of the strong will be broken.’

“I saw the glorious Cross of Jesus.

“The Father gave me information and some of this information pertained to the future of this world. The illumination of conscience: I advise you, as I was advised by the Father, you are chosen to be ready. It’s not the troubled time yet. It is coming.”

“There will be about six weeks after the Warning — around six weeks [for those in this world to operate] with their free will. It means the devil will have no influence on their will, on their intelligence, and also on their memory. They will be totally free to say ‘yes’ to Jesus or to say no to Him. All the people will have the same gift, and when they say yes, they will be healed from many things — their spirits, their bodies. And they will be healed of passion, of emotion, and also their dependencies. Prepare with prayer and fasting for the great day of faith.”

“[In the end] the Immaculate Heart of Mary and the Sacred Heart of Jesus will triumph.”

[resources: The Warning: Testimonies and Prophecies of the Illumination of Conscience]

[Feedback  from Carlos Caso-Rosendi (blog): “Of course this is pure speculation but there are reasons to anticipate such thing.  The Warning or Universal Illumination of Conscience will be preceded by something like the clash between two celestial bodies and the appearance of a sign in the sky. (Please see this short video by Fr. James Blount.)

“Now … pay attention to this. A comet from a distant galaxy was discovered recently by a Crimean astronomer. The remarkable object was named after its discoverer: Borisov and was cataloged as 2I/Borisov. Astrophysics is not my specialty at all but for all I can understand from reading articles around the web I would say that a massive comet like 2L/Sobirov could potentially split like P/2016 J1 and form the kind of “sign in heaven” that is described in various prophecies. (See The Warning) It is approaching our Solar System fast and will reach its closest distance to our sun on December 8, 2019 –during the feast of the Immaculate Conception— and will be closest to our planet Earth on December 28, 2019 –when the Church remembers of the Holy Innocents— and that is in my view a very interesting coincidence. It seems to me that our visitor from outer space is announcing the end of the bloody demonic sacrifice of abortion.”]