When we think of holy oil we think of baptism, of chrism, of anointing the ill or dying; we think, more than anything: healing. We may reflect upon exuding statues. (Photo above: a Chrism Mass)

But there is a hidden aspect to oil and that’s its place in forming a shield of protection — of warding off the enemy around us.

Oil and specifically olive oil take us back to the actual shield used by ancient Romans and known as the scutum, which was fashioned with two layers of wooden strips (similar to plywood) and heated so that they could be pressed into a curved shape. After being formed, the shield was covered with six layers of animal hide.

That leather dried and cracked, compromising the shield — unless it was regularly rubbed with: olive oil. (As Isaiah 21:5 says: “Anoint the shield.”)

We get this all from an extremely worthwhile new book called There’s a Crack in Your Armor by a minister, Perry Stone, who adds: “Each Christian must keep his or her shield anointed. Just as drying out caused the shield to be more vulnerable to a fiery dart, dry churches produce dry shields and leave the Christians more vulnerable to a hot attack from the adversary. If no practical applications of the [Bible] are taught, and the atmosphere is dead and boring, it is a dry church.”

A dry church is an “unoiled” one.

The oil represents the Holy Spirit, as oil was used to anointed spiritual leaders in the Bible, and afterward the Holy Spirit came upon them (1 Samuel 16:13).

Are our churches alive — anointed, protecting us — enough?

We think also of sacramental oil:

Are we using it not only at times when we are ill, but also as a protection in our homes, forming the Sign of the Cross on our foreheads and in rooms in our home that may be susceptible to infiltration by nocent spirits?

(Do we not now see how, just as Christ had to wage warfare — cast out spirits — before healing, oil should be used by us both in healing and keeping away evil?)

In oil is a hidden protection.

The solution to waning Catholicism is simple: protection against the enemy and reversion back to the way the most ancient Christians not only fought in battle and shielded themselves but also worshiped.

[resources: There’s a Crack In Your Shield]

[The photo at top comes from the mail: “Dear Friends, please see attached, the picture being sent  was taken at Sacred Heart Cathedral in Pueblo, Colorado, during the Chrism Mass of 3-29-2012. Bishop Fernando Isern, an American born Cuban Priest and Bishop of the Archdiocese of Pueblo at the time, unfortunately he was not able to attend this Mass. While the Mass was being said he was hospitalized in Florida after having returned from a trip to Cuba. He was the first Cuban American Bishop to have visited Cuba since the Castro Regime take over and most likely the first Cuban American Bishop ever to have done so. Interesting the light in the cathedral as it shown during sunset through a stained glass of Jesus, and as Bishop Isern lay in a hospital bed in Florida. It is said he was in deep prayer during this hour — Elmer A. Villalon, DMD.”]

[As for bringing the Church alive by reverting to olden times: “If you think Catholicism is dying, the Saturday Night Festival of Praise at St. Albert the Great in Baldwin might make you think twice,” reported a television station, KDKA, in Pittsburgh last week. “It’s a raucous, hand-waving affair that doesn’t even look Catholic at all. ‘Anyone who thinks the church is dead, I invite you to the Diocese of Pittsburgh,’ Pittsburgh Catholic Diocese Bishop David Zubik told the crowd. It’s a gathering that’s risen from the ashes. ‘What we’re trying to do in all of this is to light the fire again of faith, and it seems to me that one of the ways we can do that is bringing people together in a much closer relationship,’ said Bishop Zubik.”] 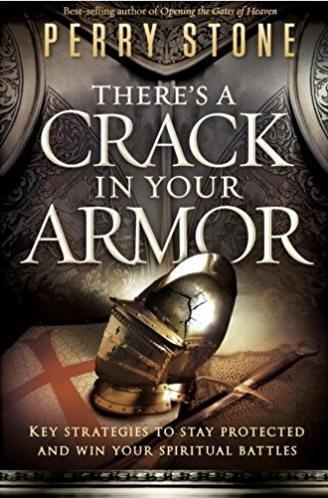