From the American Council on Science and Health: 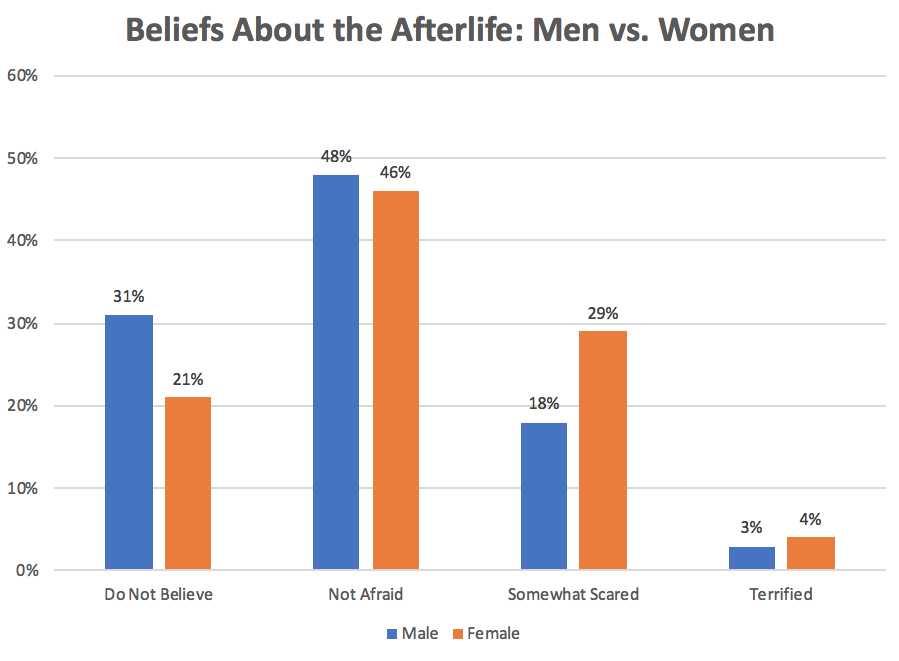 As shown, men were the least likely to believe in the afterlife, and the ones who did were not too concerned about it. Women, on the other hand, were likelier to believe in an afterlife and to be somewhat scared of it.

Perhaps unsurprisingly, more people living in Europe — a continent in which religion is on the decline — did not believe in an afterlife (29%) compared to those living in the U.S. (22%) or Latin America (21%). Older people were least likely to be afraid of the afterlife, but the results in regard to age were not statistically significant.