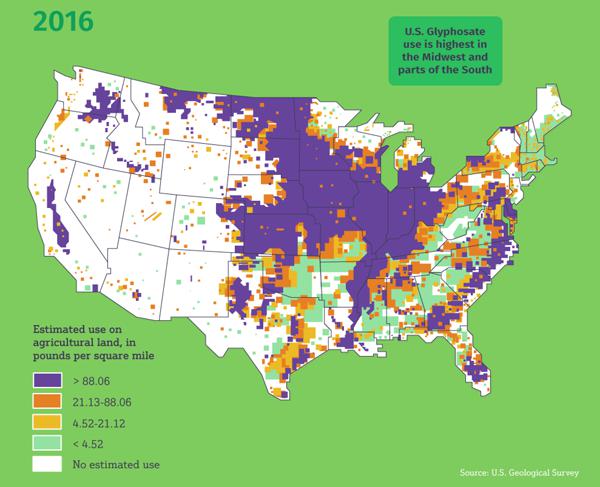 The following review takes a deep dive into Monsanto’s Roundup weed killer and its active ingredient, glyphosate. Brought to market by Monsanto in 1974, Roundup lost its patent protection in 2000.

Glyphosate remains the world’s most commonly used herbicide. It comes in many forms, including as an acid and several salts. These can be either solids or an amber-colored liquid. There are over 750 products containing glyphosate for sale in the United States alone.

In this analysis and series of infographics, we look at the evolving legal trial timelines, human exposure, agricultural use, the science behind the product, genetically modified crops, the fight over glyphosate, its cancer risk, as well as the research behind glyphosate and its formulations.