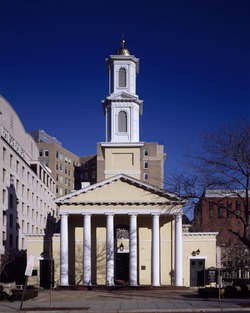 Recently, the so-called “church of the presidents” — St. John’s Episcopal in LaFayette Square, near the White House — was in the headlines. The church was built in 1816 by Benjamin Latrobe, the noted architect who worked on the Capitol and the White House.

Every sitting president since James Madison (president until 1817) has prayed here. Perhaps the most devout was Abraham Lincoln, who attended evening services in an inconspicuous pew during the Civil War. According to two accounts (or legend), whenever the bell tolls because of the death of a notable person, six ghostly men in white robes appear in the president’s pew at midnight and then vanish. It made headlines this week when President Donald Trump stood in front of it during protests. Positioned where it is — and as important as it is — one expects a mighty basilica. St. John’s, relatively speaking, impresses one as surprisingly small. So does St. Michael’s in Charleston, where George Washington once worshiped. In St. Augustine, Florida, the oldest Marian shrine in North America has a tiny chapel that is much smaller, with just a handful of small benches.

What is the smallest church in the U.S. or for that matter the world? There are various views. 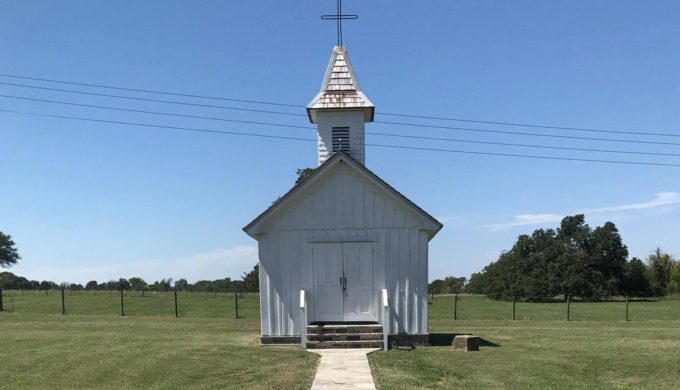 If you’ve ever driven down Route 237 between Austin and Houston and done a double-take at the sign that reads, “Historical, World’s Smallest Active Worship Catholic Church, St. Martin’s, Visitors Welcome,” you’re not alone. It is, indeed, the world’s smallest church of its denomination, seating approximately 20 people. It’s also a local day-tripping magnet.

Unlike the large vestiges of ornate architecture that you can tour in Praha, Ammannsville, and High Hill, this quaint and tiny house of worship in Round Top, Texas  (one mile east of Warrenton) might possibly be mistaken for a small playhouse were it not for the outside sign. Mary Leitko of the Round Top Chamber of Commerce told the Austin Chronicle, “We get lots of people asking about the history of the church. It’s quite a local tourist attraction.” [see here]

Or is it this one? 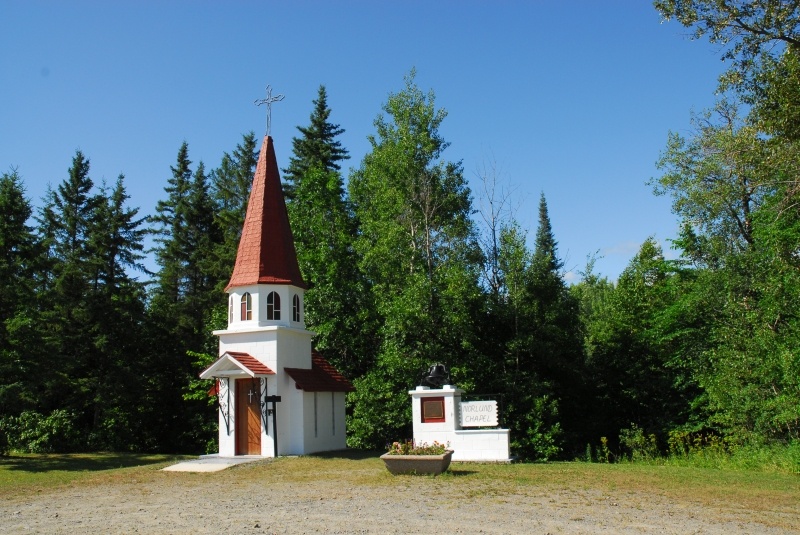 West Virginia is known by many for its stunning scenery immortalized in John Denver’s song “Country Roads.” But perhaps not many Catholics know that the southern state is home to what is considered “the smallest Catholic church of the 49 states.”

Measuring 12×24 feet, the Lady of The Pines Catholic Church is found in Silver Lake, an unincorporated community in Preston County, West Virginia. During the end of the 1930s, Silver Lake began to attract vacationers looking to rent out cabins on the nearby man-made lake. A park and a campground were built in 1930, hosting activities like boating, swimming and picnicking. That’s when “the smallest church of America,” which at the time included 49 states, was born. Built as a family church, it hosts one tiny altar and 12 rows of one-seat pews. [see here]

And the smallest cathedral?

The Cathedral of San Carlos Borromeo, also known as the Royal Presidio Chapel, is one of the most beautiful buildings in the United States. It is located in Monterey, California in its historic downtown district. The cathedral is the oldest continuously operating parish and the oldest stone building in California. It was built in 1794 making it the oldest (and smallest) serving cathedral along with St. Louis Cathedral in New Orleans, Louisiana. It is the only existing presidio chapel in California and the only existing building in the original Monterey Presidio. [see second video]

And let us not forget the tiny St. Michael Chapel hard by the Niagara River [see here]. One year it miraculously escaped a surge of ice that came down the Niagara River and overflowed, surrounding but not damaging the chapel. 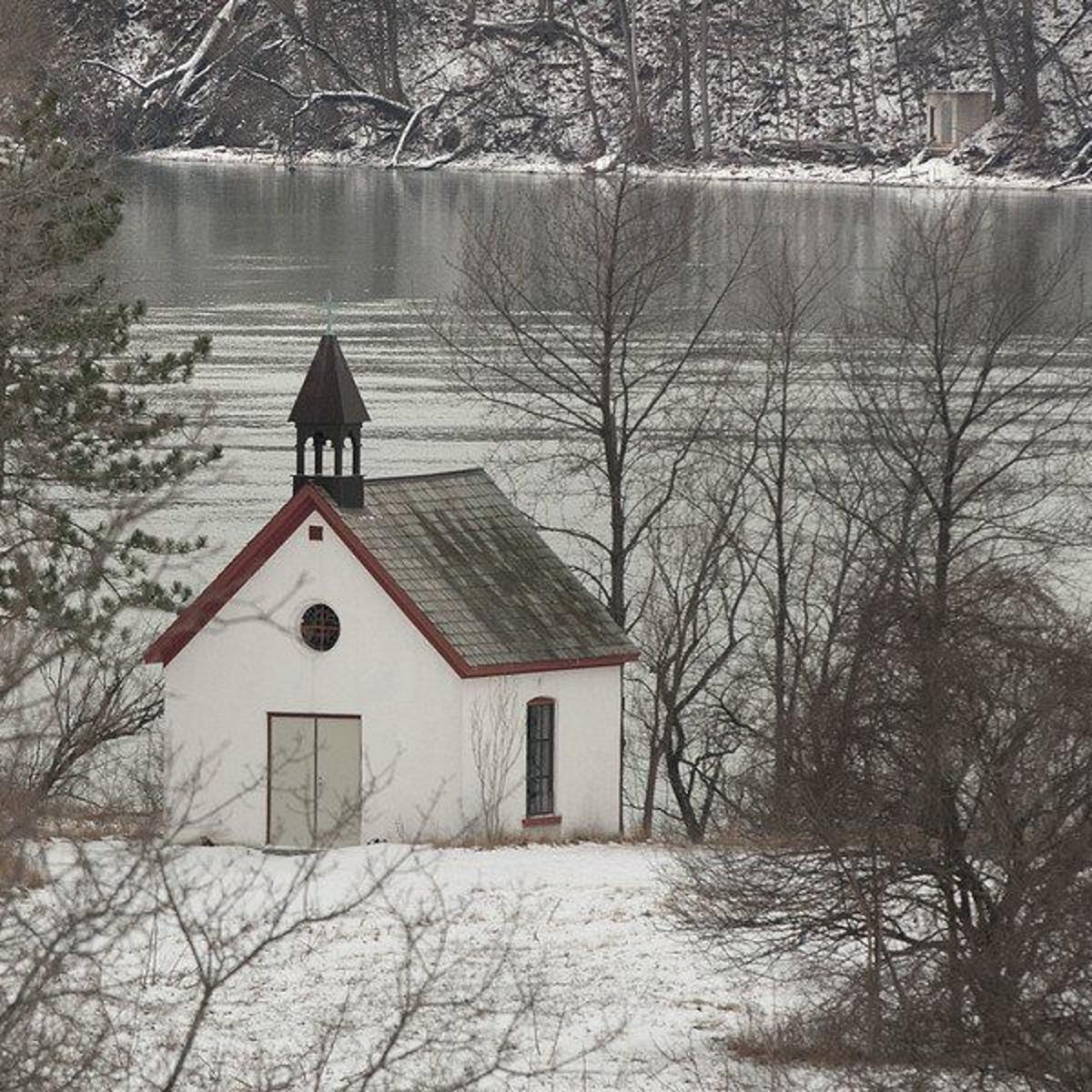 And the oldest in North America:

100 years ago this month Joan of Arc was declared a saint by Pope Benedict XV, and although she may be remembered as patron of France, part of her elaborate legacy has found a home on the campus of an American Catholic university.

In the central mall of Marquette University sits the Saint Joan of Arc Chapel, which the Jesuit institution likes to boast is the “oldest structure in the western hemisphere still being used for its original purpose,” effectively making it the oldest chapel in the United States. Most importantly, the 600-year-old structure continues to breathe new spiritual life into the campus, with Masses taking place Monday through Friday at noon, and Monday through Thursday at 10pm – a common stop for students before they head to their dorms to call it an evening, which often draws standing room only crowds and where Marquette’s President Mike Lovell can often be found in attendance.