HOUSTON – Representatives of a top leader of the U.S. Catholic Church say he acted “swiftly and justly” to the allegations made by a woman who claims his former deputy lured her into a sexual relationship.

The Archdiocese of Galveston-Houston issued a statement Tuesday in response to an Associated Press investigation of Cardinal Daniel DiNardo, who is leading the U.S. Church’s response to its sex abuse scandal. Laura Pontikes accuses DiNardo of not fulfilling the archdiocese’s promises to prevent Monsignor Frank Rossi from being a pastor or counseling women after engaging in a sexual relationship with her. Instead, DiNardo allowed Rossi to go to a parish in rural east Texas in another diocese. 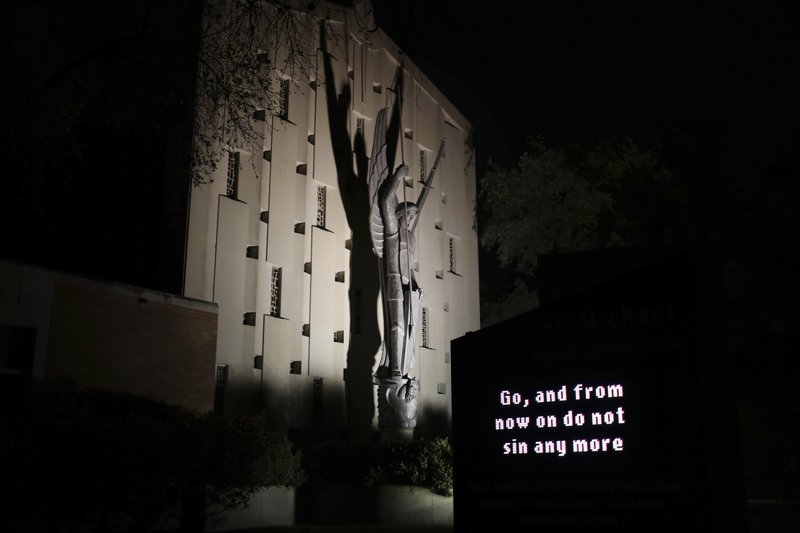 HOUSTON (AP) — The cardinal leading the U.S. Catholic Church’s response to the sex abuse crisis has been accused of mishandling a case alleging that his then-deputy manipulated a woman into a sexual relationship, even as he counseled her husband on their marriage, heard her confessions and solicited their donations.

The allegations against Cardinal Daniel DiNardo come just a week before he presides over a meeting of U.S. bishops to adopt new measures to hold church leaders accountable for sexual misconduct or for covering it up. Laura Pontikes, a 55-year-old Houston construction executive and mother of three, told The Associated Press that DiNardo has been negligent in her case, after she reported Monsignor Frank Rossi to the Galveston-Houston archdiocese in April 2016. Pontikes reported that Rossi, the longtime chancellor and vicar general of the archdiocese, seduced her when she came to him for spiritual counseling at a low point in her life. Pontikes gave the archdiocese and the AP seven years of emails with Rossi to show her emotional dependency on him.