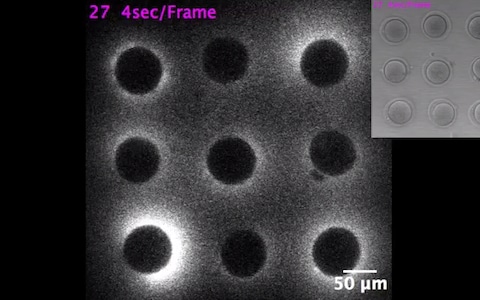 Human life begins in bright flash of light as a sperm meets an egg, scientists have shown for the first time, after capturing the astonishing ‘fireworks’ on film.

An explosion of tiny sparks erupts from the egg at the exact moment of conception. Scientists had seen the phenomenon occur in other animals but it is the first time is has been also shown to happen in humans.