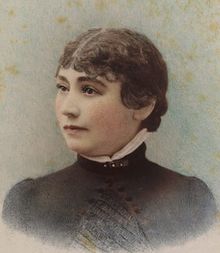 You have perhaps heard of Sarah Winchester, heiress to the Winchester gun fortune and a woman who built what was at one time the biggest house in the United States, this in the San Jose area. There’s currently a major movie about it.

We’re talking here of about 161 rooms. It’s thought through the years she actually had workmen construct — and periodically tear down — on the order of four to six hundred rooms, which she built to house angry spirits of the deceased: those who, she was told (by a medium), had been killed by the guns her husband’s family manufactured. Carpenters and other workmen labored in shifts that went on at the sprawling house for twenty-four hours a day, 365 days a year, over the course of thirty-eight years. It was seven stories tall.

And if that isn’t unusual enough, consider that some of the doors in the home led to nowhere — opened only to reveal a blank wall, or a drop to the ground — and there was a stairway that led only to the ceiling: little steps also to nowhere. It was a series of mazes.

This, she explained, was to confuse spirits who might be after her. She changed bedrooms every night.

Understandably, many thought that Sarah was wildly eccentric. In fact the board of the Winchester Repeater company even sent a psychiatrist to evaluate Sarah for a week at her weird residence.

That’s according to the movie, which makes Sarah sort of a heroine and revolves around supernatural occurrences that convinced the psychiatrist ( at least in the movie) that the heiress wasn’t as crazy as folks thought, that the house was in fact haunted, and flagrantly so (as is also believed in real life; illustration below, from Atlas Obscura). 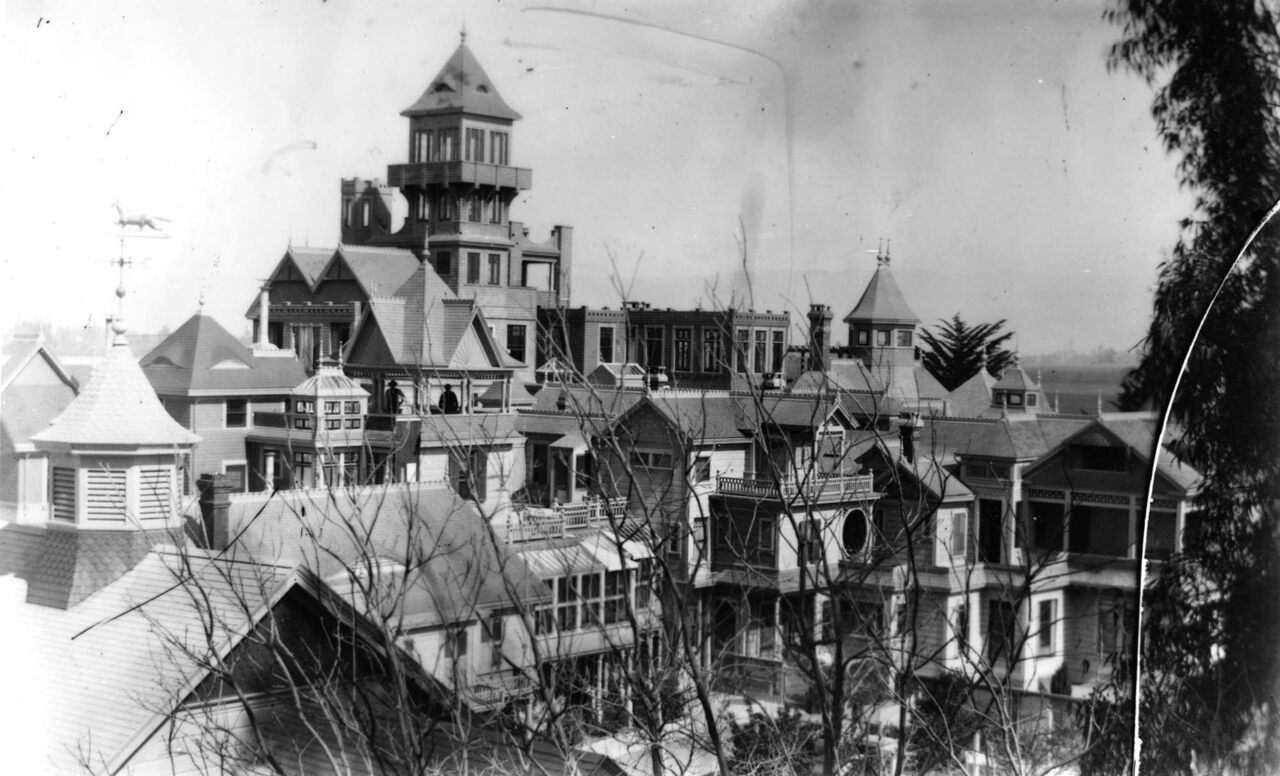 But we have come to find, upon just a little digging, that Sarah was not exactly the innocent victim of spirits the movie has us believe. Far from a heroine-victim, and also far from a simple eccentric, she was a very well-educated damsel from Connecticut who was exposed in her youth to Masonry. It is said she acquired a vast and uncanny knowledge of Masonic-Rosicrucian symbology and rituals (Rosicrucians are sort of a modernized version of higher-echeleon Masons — thought to be behind the equally strange “Georgia Guidestones”). The numbers seven, 11, and 13 appear throughout the house, in different ways: for example, thirteen panes of glass for each window, some of which opened only to a wall… 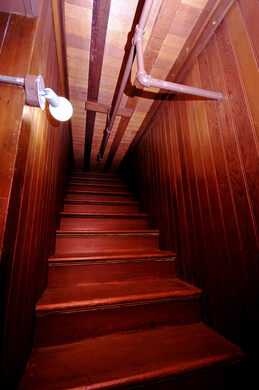 And beyond mere Baconian-Masonic encryption, Sarah was an adherent to Theosophy, a deeply dark occult philosophy or pseudo-religion formulated by a medium named Madame Blavatsky, widely considered the mother of the New Age Movement and in her own turn a student of Aleister Crowley, the founding father of modern satanism.

No, it’s not just a ghost story. No, Sarah was not just eccentric. And, no, we wouldn’t advise exposure to the place.

How can a female be a Mason?

“Although Freemasonry has traditionally barred women from its membership, there are numerous documented cases in which headstrong women have gained admittance into liberal, Masonic lodges,” says a website exposing as much. “A movement in France called Co-Freemasonry, which allows for male and female membership, was already underway when Sarah [touring Europe] arrived in that country.”

Let’s take this further: one of her blood relatives, Enoch H. Pardee, a respected physician, belonged to the highly secret Bohemian Club that would later establish Bohemian Grove north of San Francisco, an offshoot of Yale’s Skull and Bones Society (Sarah went to Yale). 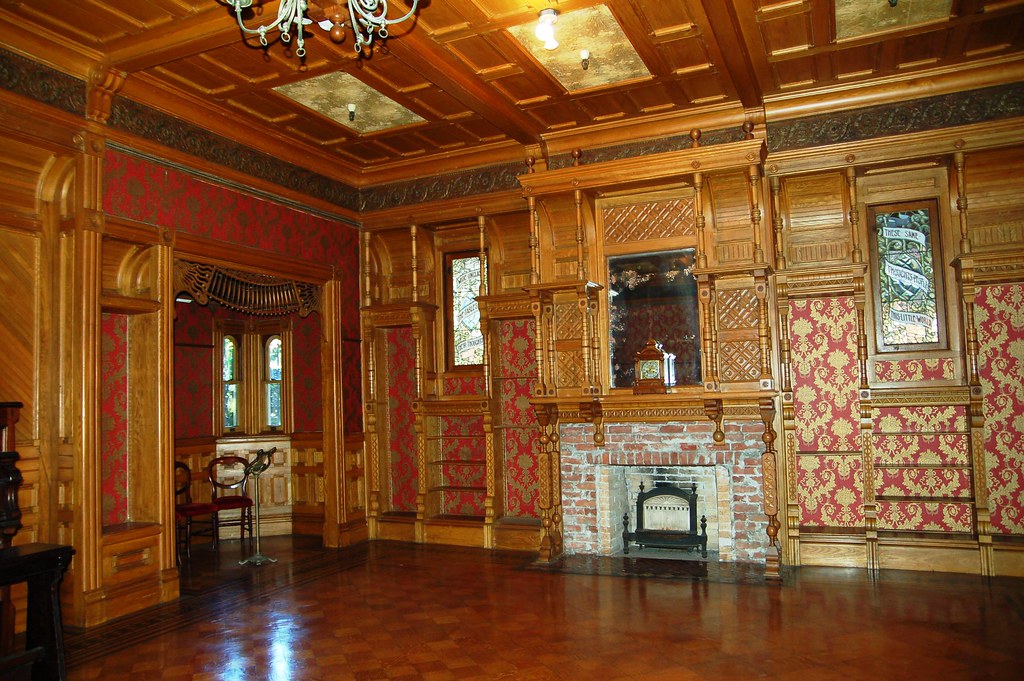 In the house, Sarah reportedly held her own private seances, including with a Ouija board in an effort to get instructions on construction.

Who knows what lingers.

Pray for the souls that may “haunt” the place.

Every night, Sarah would ring a bell summoning spirits to her seance room (but not the room in which she was sleeping!).

This is a dark movie. We don’t recommend it. But if you do go, pray for Sarah and any souls that linger and bring some Holy Water, along with the popcorn.