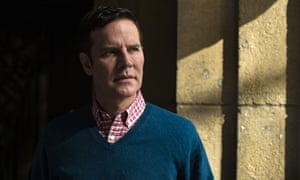 A survivor of clerical sexual abuse has said Pope Francis told him that God had made him gay and loved him, in arguably the most strikingly accepting comments about homosexuality to be uttered by the leader of the Roman Catholic church.

Juan Carlos Cruz, who spoke privately with the Pope last week about the abuse he suffered at the hands of one of Chile’s most notorious paedophiles, said the issue of his sexuality had arisen because some of the Latin American country’s bishops had sought to depict him as a pervert as they accused him of lying about the abuse. “He told me, ‘Juan Carlos, that you are gay does not matter. God made you like this and loves you like this and I don’t care. The Pope loves you like this. You have to be happy with who you are,’” Cruz told Spanish newspaper El País. [caution: this report is preliminary]