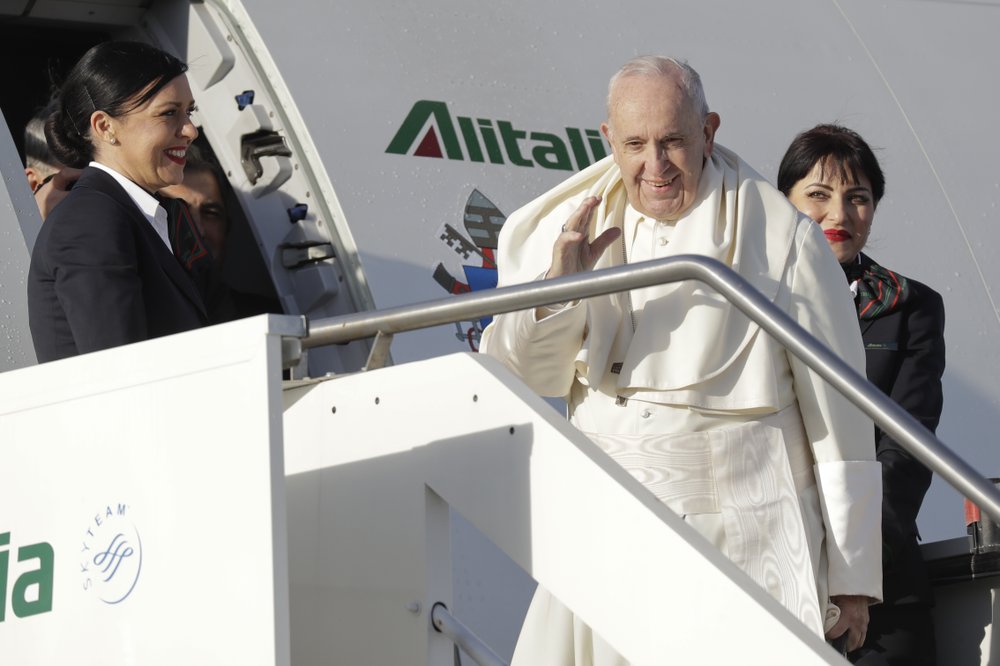 Pope Francis has told reporters traveling with him to Panama aboard the papal plane that he plans to go to Japan in November.

Francis had previously said he wanted to go, but this is the first confirmation that a trip will happen. The pope also said he wants to visit Iraq, but that local church leaders have told him that the security situation is not yet right. After Panama, where the pope is attending World Youth Day, the pontiff has scheduled trips to United Arab Emirates, Morocco and Bulgaria and Macedonia in the first half of this year.