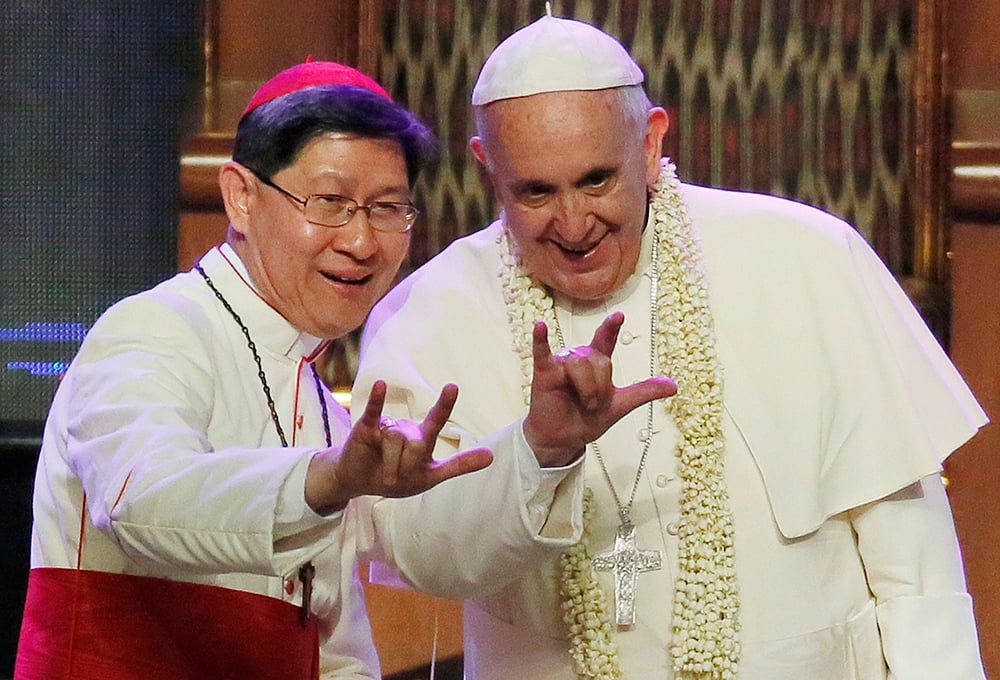 In a surprise move, Pope Francis appointed Cardinal Luis Antonio Tagle of Manila, Philippines, as the head of Propaganda Fide, the major Vatican department for evangelization, on Sunday (Dec. 8). It’s a move that emphasizes this pontificate’s efforts to highlight the global peripheries and taps the cardinal as a possible successor.

“Thank you very much to all of you. I will ask for your prayers,” has so far been the only statement released by a teary-eyed Tagle after a Mass for the Immaculate Conception celebration on Monday (Dec. 9). Tagle’s appointment required some reshuffling of the Vatican hierarchy. Pope Francis accepted the resignation of U.S. Cardinal Edwin Frederick O’Brien as the head of the Order of the Holy Sepulcher, having reached the age limit of 80 years old. In O’Brien’s place, he appointed Italian Cardinal Fernando Filoni, who formerly headed the Congregation for the Evangelization of Peoples, usually referred to by its former name, Propaganda Fide.