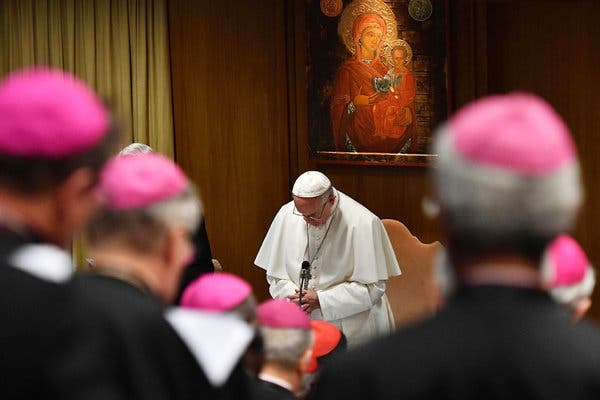 VATICAN CITY — Pope Francis opened a historic summit meeting Thursday morning devoted to the scourge of child sexual abuse, an issue that has for decades devastated and eroded faith in some corners of his vast Church while being utterly ignored and denied in others.

“We hear the cry of the little ones asking for justice,” he said. “The holy people of God look to us and expect from us not simple and obvious condemnations, but concrete and effective measures.” Bringing together church leaders from around the world at the Vatican, Francis said that the Church was obliged to discuss the extent to which abuse was afflicting the Church and humanity in a “sincere and in-depth manner.” 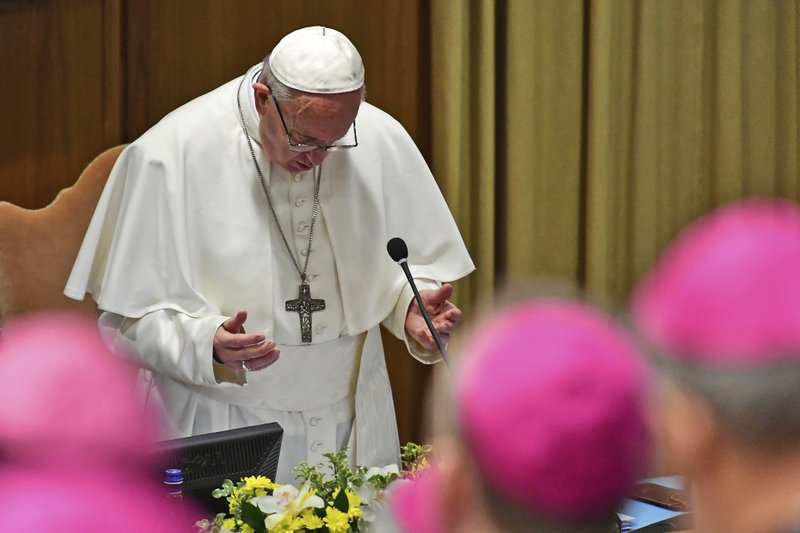 VATICAN CITY (AP) — Pope Francis warned church leaders summoned Thursday to a landmark sex abuse prevention summit that the Catholic faithful are demanding more than just condemnation of the crimes of priests but concrete action to respond to the scandal. Francis opened the four-day summit by telling the Catholic hierarchy that their own responsibility to deal effectively with priests who rape and molest children weighed on the proceedings. “Listen to the cry of the young, who want justice,” and seize the opportunity to “transform this evil into a chance for understanding and purification,” Francis told the 190 leaders of bishops conferences and religious orders.
+

The morning session that opened the much-anticipated summit was live-streamed, with the exception of the pre-taped witness of five victims from Latin America, Africa, Eastern Europe, the United States and Asia.

The lineup included a short opening speech from the Pope, two longer talks and a series of prayers. The encounter was multilingual, with people speaking in English, Spanish and Italian. The first set of remarks came from Cardinal Luis Antonio Tagle of Manila in the Philippines, who compared the response of bishops to the clerical sexual abuse crisis to the apostles’ betrayal of Jesus and their doubt about the resurrection until Thomas touched the wounds in Jesus’ hands and side.