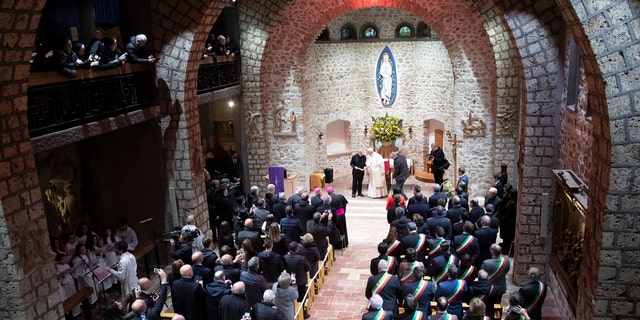 Without addressing the so-called “war on Christmas,” Pope Francis called on believers to erect Nativity scenes as a sign of the Christian faith by placing them in schools, workplaces and town squares.

Nativity scenes, which represent the birth of Jesus, is a Christmas tradition that has been legally challenged by atheist groups all across the United States. Kicking off Advent Sunday, Francis made the remarks in the Italian hill town of Greccio, where St. Francis of Assisi, the pontiff’s namesake, reenacted the first Nativity scene, using live people instead of statues. The reenactment was likely in 1223, after a pilgrimage to the Holy Land visiting Bethlehem, the birthplace of Jesus.