From the Irish Times: 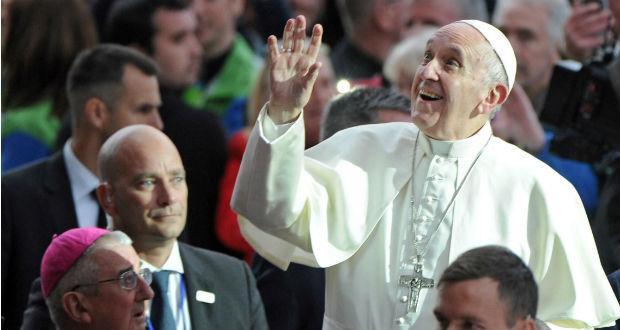 In his first speech on his visit to Ireland, Pope Francis recognized how the Church’s failure to address the “repugnant crimes” of clerical sexual abuse “remains a source of pain and shame” for Irish Catholics.

Addressing the scandal that has damaged the Church’s standing since the last visit of a pope almost four decades ago, the pontiff said he was “very conscious” of the circumstances of “our most vulnerable brothers and sisters.”

He specifically made reference to “women who in the past have endured particularly difficult situations” – a veiled reference to the treatment of Irish women in the Magdalene Laundries   and other Church-run institutions. “With regard to the most vulnerable, I cannot fail to acknowledge the grave scandal caused in Ireland by the abuse of young people by members of the Church charged with responsibility for their protection and education,” said the Pope speaking in Italian.

Aware of the lasting wounds of the abuse crisis here, Francis was expected to meet with victims during his 36-hour trip and will have “many opportunities” to speak out about abuse, the Vatican said.

But neither Francis’ words nor a new meeting with abuse victims is likely to calm the outrage among rank-and-file Catholics following new revelations of sexual misconduct and cover-up in the United States, an ongoing crisis in Chile and prosecutions of top clerics in Australia and France. Ireland has had one of the worst records of abuse in the world, crimes that were revealed to the deeply Catholic nation’s 4.8 million people through a series of government-mandated inquiries over the past decade. The reviews concluded that thousands of children were raped or molested by priests and physically abused in church-run schools while bishops covered up for abusers.