ABOARD THE PAPAL PLANE — Pope Francis said on Tuesday that the Roman Catholic Church had a persistent problem of sexual abuse of nuns by priests and even bishops, the first time he had publicly acknowledged the issue.

Catholic nuns have accused clerics of sexual abuse in recent years in India, Africa and in Italy, and a Vatican magazine last week wrote about nuns having abortions or giving birth to the children of priests. But Francis had never mentioned it until he was asked to comment during a news conference aboard the papal plane returning to Rome from his trip to the United Arab Emirates on Tuesday. “It’s true,” Francis said. “There are priests and bishops who have done that.” “Should more be done? Yes,” Francis said. “Do we have the will? Yes. But it is a path that we have already begun.” 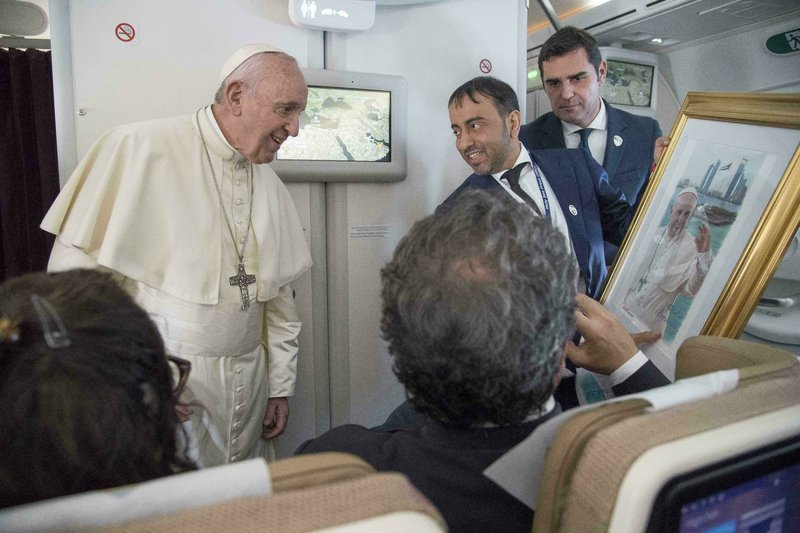 ABOARD THE PAPAL PLANE (AP) — Pope Francis has for the first time publicly acknowledged the scandal of priests and bishops sexually abusing nuns and says he is committed to doing more to fight the problem.

Speaking to reporters Tuesday, Francis noted that Pope Benedict XVI had taken action against a France-based order after some of its religious sisters had been reduced to “sexual slavery” at the hands of the priest who founded the order and other priests. “Should we do something more? Yes. Is there the will? Yes. But it’s a path that we have already begun,” Francis said while returning home from the United Arab Emirates.