Our militant times. Isn’t everyone one, a militant, for some cause or another?

Most recently, militant hecklers and restaurant owners, chasing away conservatives with whom they disagree. Or, right there on Capitol Hill, swearing at the president — as a congressional intern recently did. Worried, some have advised White House aides to get… gun permits.

And on the other side: conservative rallies wherein a woman screams full-throated at a reporter, demanding he leave. Raucous political rallies. Profanity. Ovations replete with third-finger cheers.

It’s to the point (and it will heighten when a new Supreme Court nominee is announced) where the mainstream press is wondering about something we have repeatedly pondered: potential civil war.

Notes liberal USA Today: “The other day, author Tom Ricks asked whether we’re heading toward a civil war. ‘I don’t believe we’re to Kansas of the 1850s yet. But we seem to be lurching … in that direction,’ he wrote. Ricks was commenting on ‘What Democratic rage would look like,’ a Bloomberg opinion column that quotes political scientist Thomas Schaller as saying, ‘I think we’re at the beginning of a soft civil war. … I don’t know if the country gets out of it whole.’ Will it get worse? Probably.” 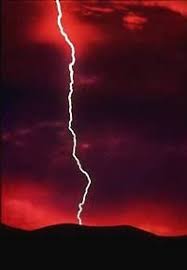 The middle ground has vanished. We are a people so divided that we don’t even accept each other’s “news” (it’s “fake,” says one side, or “propaganda, says the other — when not to their liking). We can’t agree on what is and what is not a fact. Divide and conquer, is the plot of the Deceiver.

In California, there has actually been serious talk of breaking the state into two or three states, and perhaps one of them seceding from the U.S.

In New York, a radical liberal — a socialist Latina, who favors a government job for anyone who wants one, and no immigration rules — just upset a ten-term congressman. She’s 28! There is also that divide: young and old, high-tech and less-tech. She won through social media. Many live in a different (cyber) world.

“Thirty-one percent (31%) of ‘Likely U.S. Voters’ say it’s likely that the United States will experience a second civil war sometime in the next five years, with 11% who say it’s Very Likely,” says a new poll.

The divide in the U.S. can be traced back to the Sixties, and one can argue the “soft civil war” had its aetiology on September 11, 2001 — after which two divisive wars took place, leading to the election of the most liberal president ever, one who won two terms and was seen by conservative Christians — and with cause — as throttling them. He caused an equal and opposite reaction in the 2016 election — which may in its turn cause the dizzied needle on the political gauge to swing once more the other way (leading to a trend of socialism, in reaction to what many young feel is the current hyper-capitalism).

Everyone is mad. Everyone feels they have a right to spew vitriol. Love in our time is totally conditional.

The spirit of anger.

In the Church, the same thing: it’s now okay to wing deprecations at the Pope and bishops in the same way we do political opponents.

Everyone at everyone’s throats, and to what avail? In how many instances does “venting” bad bile produce effects? Here is the answer: it makes folks more recalcitrant. The greatest victories in the abortion war have been won by those outside clinics who have quietly but powerfully… prayed.

Change things — but don’t hate. Stand firm — for certain, defending oneself, and one’s cause, when one must — but don’t get vile (let alone violent). Ask yourself what spiritual force instills anger.

Let the Cross speak. Let the Cross conquer. As Fox News even said one Easter, “The symbol of this day, the Cross, is not only a link to God, but it is also a pathway to bridging the many racial and cultural issues that divide us all today. Jesus’ death reconciled us with God. His death paid our debt and gave us life. Jesus’ death also reconciles us to other people.”

Remember that Jesus stopped an Apostle from using a sword in His own defense.

Remember that the best way to “protest” is to call down Heaven — as was done against the Assyrians, when Hezekiah prayed and “that night the angel of the Lord went forth and struck down one hundred and eighty-five thousand men in the Assyrian camp” (2 Kings). Fight the good fight, but in the right way: in the transmundane.

Perhaps we have forgotten the passage in Job (5:2):

“Nay, impatience kills the fool, and indignation slays the simpleton.”

“We are in times of strident political protest that includes a lot of harsh language, personal attacks, name calling, and even debased and profane terms. There are tweets, and angry monologues, harsh commentary on news networks, and interruptive press conferences and news interviews that sound more like a brawl than a debate. To put it all more pleasantly, these are times of “colorful” discourse.

What is the overall teaching of Scripture when it comes to this sort of colorful language? Are there some limits and ground rules? Let’s take a look.

The word “civility”dates back to the mid-16th century and has an older meaning that referred to one who possessed the quality of having been schooled in the humanities. In academic settings, debate (at least historically) was governed by a tendency to be nuanced, careful, cautious, formal, and trained in rhetoric. Its rules often included referring to one’s opponents with honorary titles (Doctor, Professor, etc.) and euphemisms such as “my worthy opponent.” Hence as the word entered common usage, it has come to mean speech or behavior that is polite, courteous, gentle, and measured.

As one might guess, there are a lot of cultural variances in what is civil. And this insight is very important when we look at the biblical data on what constituted civil discourse. Frankly, the biblical world was far less dainty about discourse than we have become in 21st-century America. The Scriptures, including the New Testament, are filled with vigorous discourse. Jesus, for example, really mixes it up with His opponents—even calling them names. We shall see more of this in a moment. But the Scriptures also counsel charity and warn of unnecessarily angry speech. In the end, a balance of the scriptural witness to civility must be sought along with an appreciation of the cultural variables at work.

Let’s examine a few of the texts that counsel charityas well as a modern and American notion of civility:

All these texts counsel a measured, charitable, and edifying discourse. Name-calling and hateful or unnecessary expressions of anger are out of place. And this is a strong biblical tradition, especially in the New Testament.

But there are also strong contrasts to this instruction evident in the Bible. And a lot of it comes from an unlikely source: Jesus. Paul too, who wrote many of the counsels above, often engages in strident denunciations of his opponents and even members of the early Church. Consider some of the passages below, first by Jesus, then by Paul and other Apostles:

Now most of the passages above would violate modern norms about civil discourse.Are they sinful? They are God’s word! And yet they seem rather shocking to modern ears. Imagine getting into your time machine and going to hear Jesus denounce the crowds and calling them children of the devil. It really blows a 21st-century mind!

I want to suggest to you that these sorts of quotes go a long way toward illustrating the cultural dimension of what it means to be civil.The bottom line is that there is a great deal of variability in what people consider civil discourse. In some cultures there is a greater tolerance for anger. In New York and Boston, edgy comments and passionate interruptive debate are common. But in the upper-Midwest and parts of the Deep South, conversation is more gentle and reserved.

At the time of Jesus, angry discourse was apparently more “normal,”for as we see, Jesus Himself engages in a lot of it, even calling people names like “hypocrites,” “brood of vipers,” “liars,” and “wicked.” Yet the same Scriptures that record these facts about Jesus also teach that He never sinned. Hence at that time, the utterance of such terms was not considered sinful.

Careful, now—be careful here. This does not mean it is simply OK for us to talk like this because Jesus did. We do not live then; we live now; and in our culture such dialogue is seldom acceptable and often backfires. There ARE cultural norms we have to respect to remain in the realm of Charity. Exactly how to define civility in every instance is not always clear. An old answer to these hard-to-define things is “I know it when I see it.” So perhaps it is more art than science to define civility. But clearly we tend to prefer gentler discourse in this day and age.

On the other hand, we also tend to be a little thin-skinnedand hyper-sensitive. And the paradoxical result of insisting on greater civility is that we are too easily “outraged” (one of the more overused words in English today). We take offense where none is intended and we presume that the mere act of disagreeing is somehow arrogant, intentionally hurtful, or even hateful. We seem so easily provoked and so quick to be offended. All of this escalates anger further, and charges of hate and intolerance are launched back and forth when there is merely sincere disagreement.

Balance– The Scriptures give us two balanced reminders. First, that we should speak the truth in love, and with compassion and understanding. But it also portrays to us a time when people had thicker skin and were less sensitive and anxious in the presence of disagreement. We can learn from both biblical traditions. The biblical formula seems to be “clarity” with “charity,” the truth with a balance of toughness and tenderness. An old saying comes to mind: “Say what you mean, mean what you say, but don’t say it mean.'”