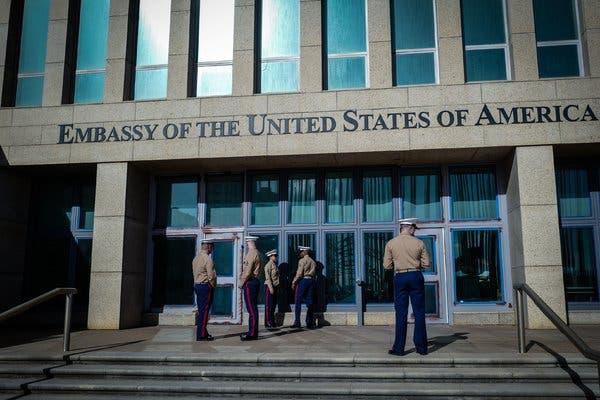 During the Cold War, Washington feared that Moscow was seeking to turn microwave radiation into covert weapons of mind control.

More recently, the American military itself sought to develop microwave arms that could invisibly beam painfully loud booms and even spoken words into people’s heads. The aims were to disable attackers and wage psychological warfare. Now, doctors and scientists say such unconventional weapons may have caused the baffling symptoms and ailments that, starting in late 2016, hit more than three dozen American diplomats and family members in Cuba and China. The Cuban incidents resulted in a diplomatic rupture between Havana and Washington.