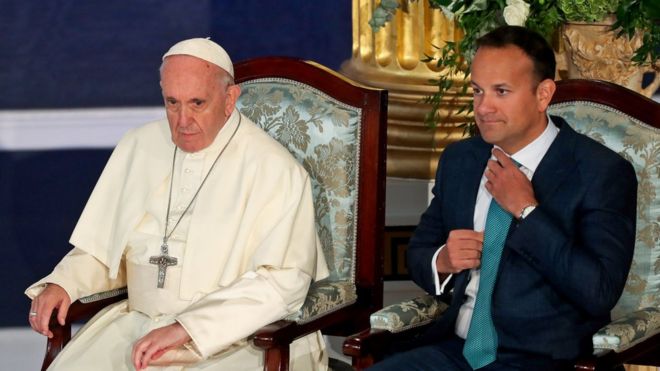 Even the country’s prime minister, Taoiseach Leo Varadkar, an openly gay man, set aside the pleasantries when he asked the Pope to “bring justice and truth and healing for victims and survivors”.

Perhaps it is no wonder that Pope Francis’s visit is more of a sombre affair than that of his Polish predecessor. Protesting outside Dublin Castle as the Pope made a quick-stop tour of the city’s streets, Savia, a group of survivors and victims of institutional abuse, laid out children’s shoes tied in black ribbon in memory of those who had been robbed of their childhood by priests.