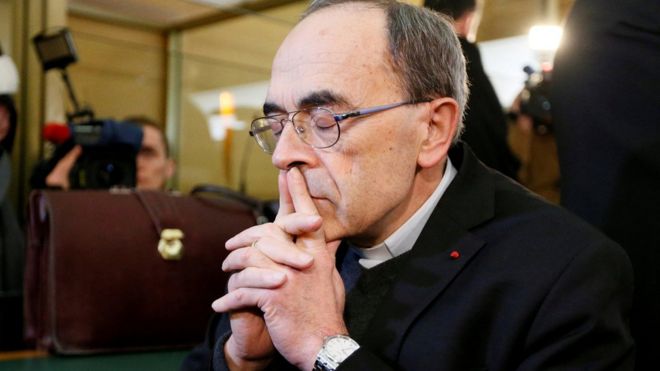 Barbarin was found guilty of failing to report allegations of assaults by a priest in the 1980s and 1990s.

He denied the charges. His lawyers now say he will appeal against the verdict.  Barbarin’s sentencing comes as the Catholic Church reckons with a new wave of abuse scandals.  Barbarin, who held the position of Archbishop of Lyon, was not present for the verdict. During the trial, he told the court: “I cannot see what I am guilty of. I never tried to hide, let alone cover up these horrible facts.”