Some believe a “sign of the times” would be fish dying, and we have certainly seen that, from the salmon of America’s Northwest to Europe, where, a news report mentioned tells us last weekend, there has been a mass die-off of fish in the Oder River. In the U.S., where the majority of river harbor contaminants, chemicals used to control blood pressure and other maladies are now found in virtually all inland fish, along with birth-control compounds and micro-plastics.

A witch’s brew: In Florida, uncontrolled use of chemical fertilizers has greatly harmed rivers and springs, clogging them with algae and destroying manatee habitats, along with fishing hotspots such as Mosquito Lagoon near the Kennedy Space Center — a body of water that used to stand as the world’s greatest fisherman’s attraction and now sees regular kill-offs. Will we come to our senses before it’s too late?

Oh, the “signs.” Another report: “Italy’s worst drought in decades has reduced Lake Garda, the country’s largest lake, to near its lowest level ever recorded, exposing swaths of previously underwater rocks and warming the water to temperatures that approach the average in the Caribbean Sea.

“Tourists flocking to the popular northern lake Friday for the start of Italy’s key summer long weekend found a vastly different landscape than in past years. An expansive stretch of bleached rock extended far from the normal shoreline, ringing the southern Sirmione Peninsula with a yellow halo between the green hues of the water and the trees on the shore. 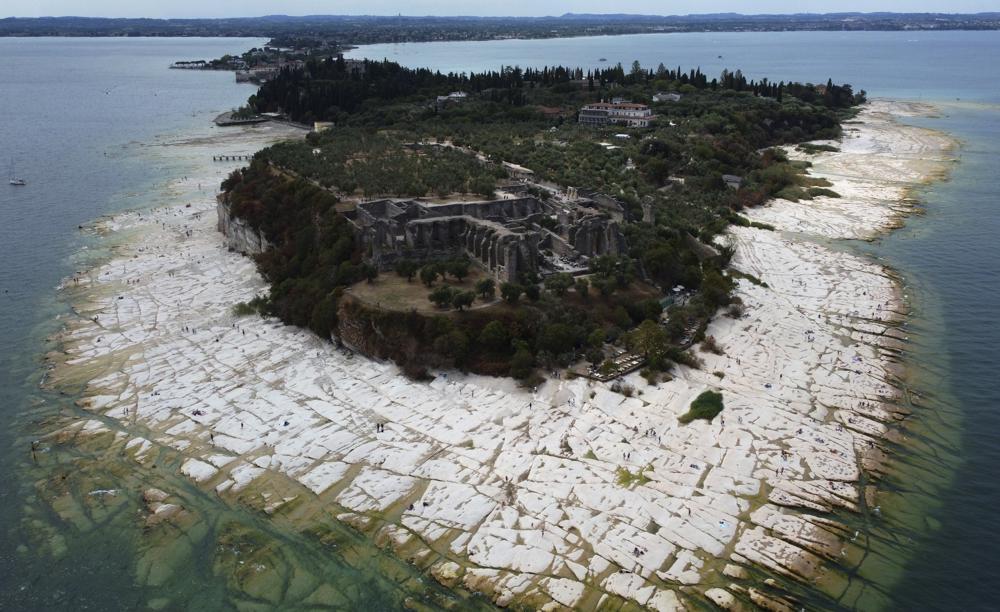