There are those who describe the birthplace of Christ as a “manger.” That’s defined as a trough or box in which fodder is placed for animals, or a place where cattle are fed. There are those who describe the Nativity as occurring in a “grotto.” That’s defined as a cave — intriguing because, in the centuries since Christ, the Blessed Virgin Mary has consistently manifested at caves like the one at Lourdes and more recently in a grotto known near Tre Fontaine in Italy. There seems to be a mysterious attachment.

According to German mystic Anne Catherine Emmerich, the birthplace of Jesus was both a cave and a manger.

Let us state from the outset that like those from any other mystic, the revelations of Venerable Emmerich are not to be taken as gospel and must be discerned individually. She herself never wanted them published, doing so only out of obedience. But in some cases her insights, often gained while she was suffering stigmata, or in an ecstatic, sleeplike state, have proven to be uncannily accurate — as when she correctly depicted the house where Mary spent her final years, leading to its dramatic discovery in Ephesus, Turkey.

Now, we turn to her revelations about the Nativity:

In vivid, at times startling prose, the stigmatic, who died in 1824, described it as taking place in a spot that had been known to Joseph. “He knew of one place outside the town, belonging to the shepherds, who often went there when coming with their flocks to [Bethlehem],” asserted the mystic. “He said he knew the place from childhood. When his brothers had tormented him, he had often escaped there to hide from them and to say his prayers. Even if the shepherds did come there, he would easily come to an understanding with them; but at this time of the year they were seldom there.”

Emmerich asserted in a book called The Life of the Blessed Virgin Mary that St. Joseph intended it only as temporary quarters while he looked for a room. Instead, it became history’s most famous birthplace. “They went outside Bethlehem to the east of the town by a lonely footpath,” said Emmerich in a revelation recorded by poet Clemens Brentano. “A few minutes outside it, they came to a hill or high bank, in front of which was an open space made pleasant by several trees. The place was such as one might find right at the end of the old ramparts of some little town.” 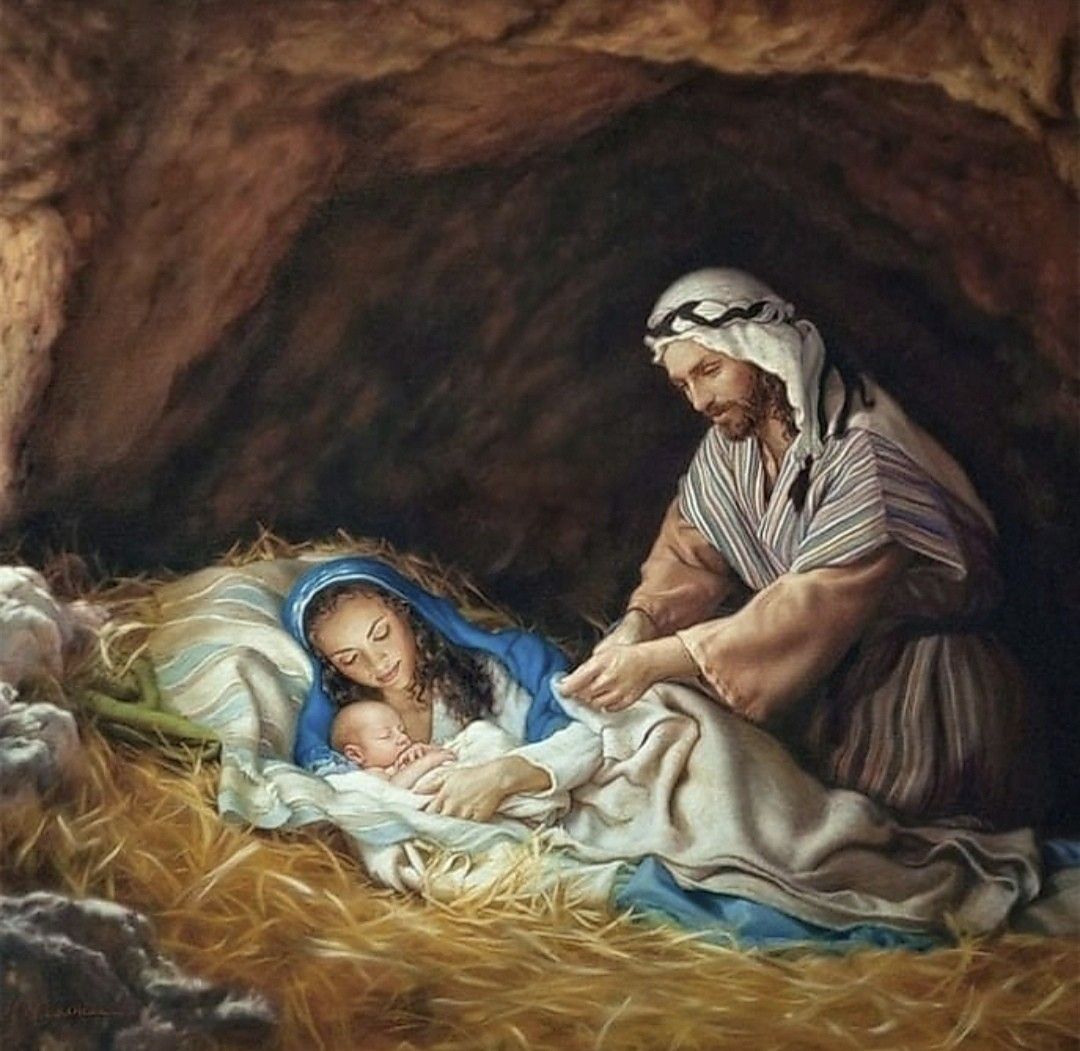 It was here, said Emmerich, at the south end of a hill, around which went a road leading to the Shepherd’s Valley, that they located a cave (was it like the grotto of Lourdes?) which coursed eastwards into the hill through a narrow passage into a larger chamber, “half semi-circular and half triangular,” the walls both natural rock and on the south side rough masonry.

“From the ordinary entrance to the cave, which faced westwards, one could see nothing but a few roofs and towers of Bethlehem,” said the mystic, who experienced an array of mystical phenomena, as well as the wounds of Jesus. “In front of the main entrance, supported on posts, there was a light roof of reeds, extending round the south of the cave to the entrance on that side, so that one could sit in front of the cave in the shade. On the south side there were, high up, three openings for light and air, closed by gratings fixed in masonry. There was a similar opening in the roof of the cave. This roof, which was covered with turf, formed the extremity of the ridge on which Bethlehem stood.”

It was in a compartment of this cave, near the northern part, where Joseph put his donkey, claimed Emmerich. “The Blessed Virgin was in the eastern part of this cave, exactly opposite the entrance, when she gave birth to the Light of the World,” she said. “The crib in which the Child Jesus was laid stood on the west side of the southern and more roomy part of the cave. This crib was a hollowed-out stone trough lying on the ground and used for cattle to drink from; over it stood a longish rectangular manger or rack, narrower below and broader above, made of wooden lattice-work and raised on four feet so that the beasts could comfortably eat the hay or grass in the rack and lower their heads to drink the water in the trough beneath. When the three holy kings presented their gifts, the Blessed Virgin was sitting with the Child Jesus opposite the crib on the eastern side of this part of the cave.” 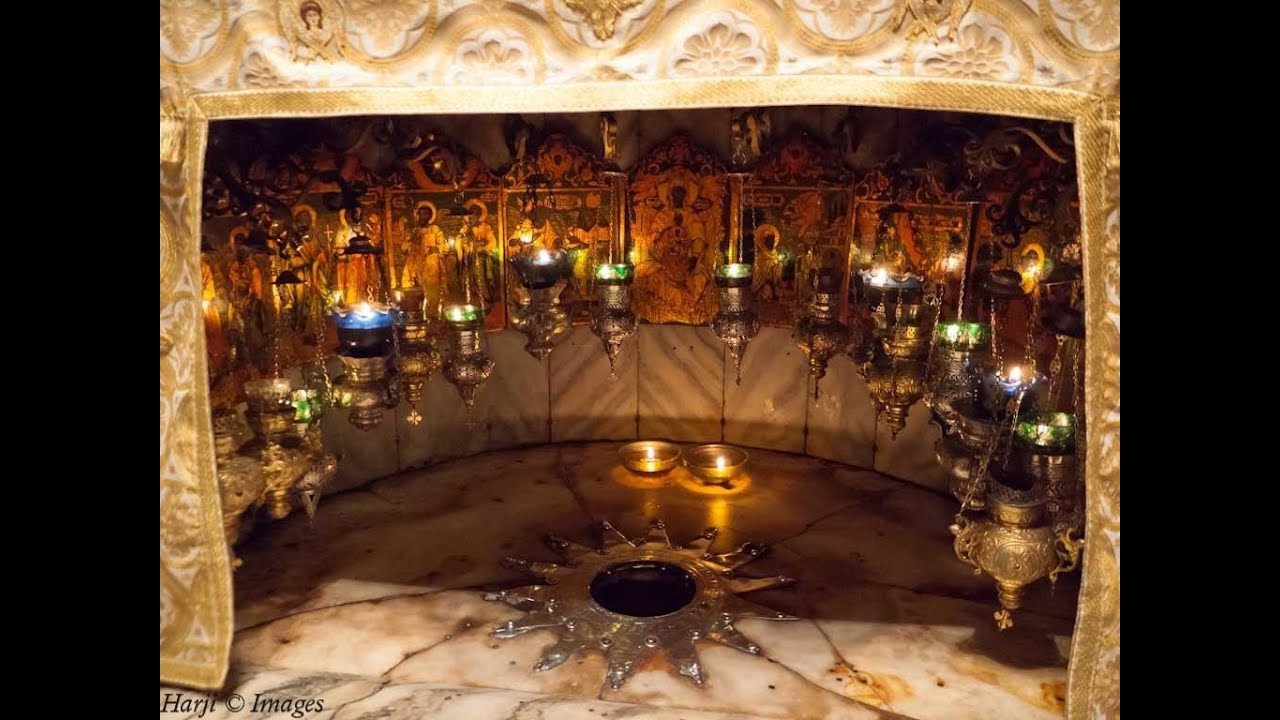 So it is that we have a detailed description — more than we can convey here — of both a cave and a manger: not the wooden structure so often used in Nativity scenes, but a manger nonetheless. The road to the Shepherd’s Valley ran past the south side of the cave, said Emmerich. Here and there were little houses standing on hills, and scattered about in the fields were sheds thatched with reeds on four, six, or eight posts, with wicker walls.

Here were the hills and caves and here, according to the mystic, was where the greatest event in human history took place. “I was told much that had happened in the Cave of the Nativity of symbolic and prophetic significance in Old Testament times,” claimed the mystic, who said the cave also served as the spot where, as a youth, Abraham had once hidden.

“Mary had told St. Joseph that tonight at midnight would be the hour of the Child’s birth, for then the nine months since the Annunciation would have been complete,” Emmerich said. “She begged him to do all that was possible on his part so that they might show as much honor as they could to the Child promised by God and supernaturally conceived. Joseph suggested to the Blessed Virgin that he should summon to her assistance some pious women whom he knew in Bethlehem. She declined, however, saying that she needed no human help.”

As the time approached, said Emmerich, Mary radiated an actual light. Both she and Joseph prayed. At one point, claimed Emmerich, Joseph went outside the cave to investigate a noise — it was a stray donkey — and when he returned, the Blessed Mother was kneeling on her bed facing east. “He saw her as it were surrounded by flames, the whole cave was as if filled with supernatural light,” she said. “He gazed at her like Moses when he saw the burning bush; then he went into his little cell in holy awe and threw himself on his face in prayer…

[next: the actual birth of Jesus]