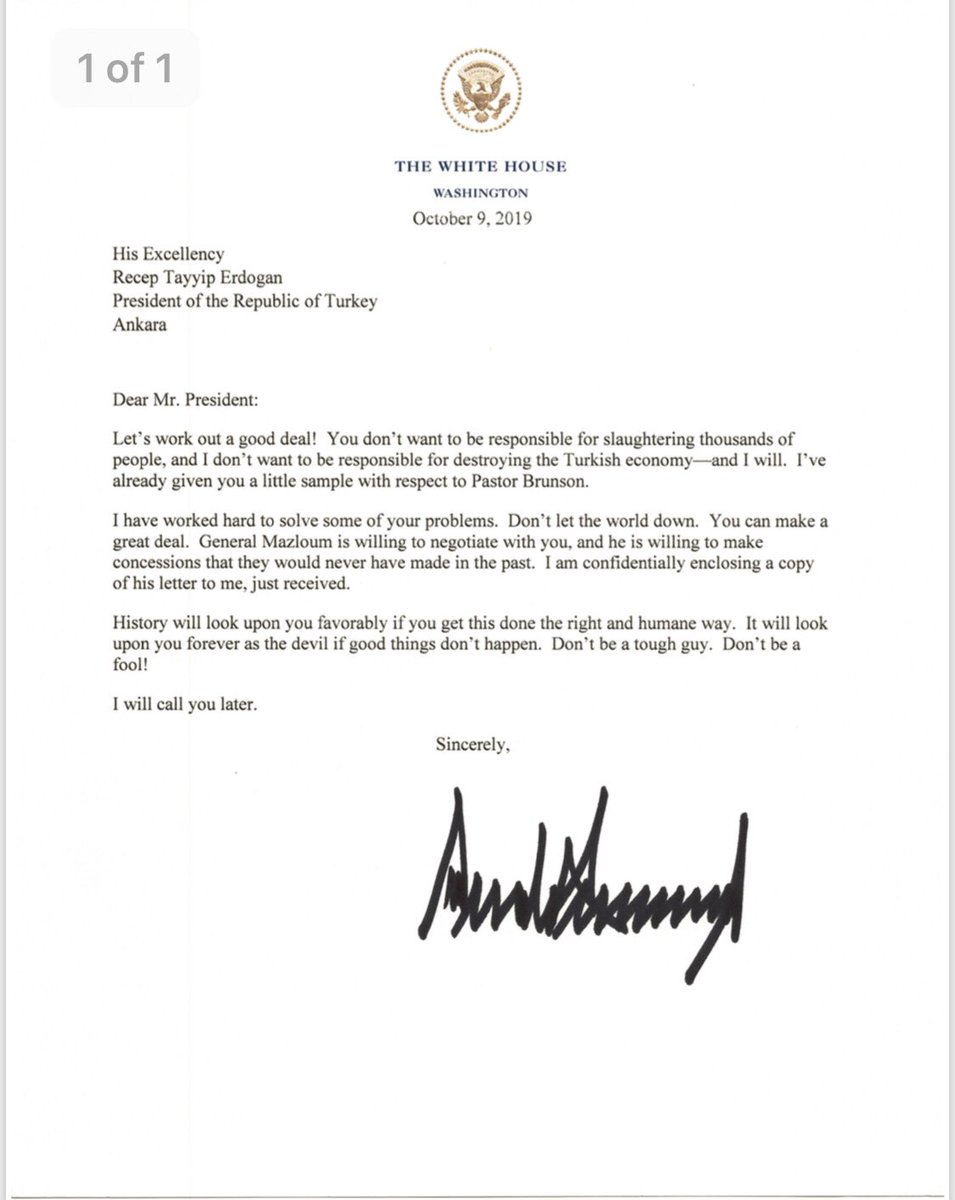 Turkish President Tayyip Erdogan had a simple response to President Trump’s Oct. 9 letter warning him against taking action along the Syrian border: He threw it “in the bin.”

Sources close to Erdogan confirmed to the BBC Thursday that the Turkish strongman “thoroughly rejected” the letter in which Trump threatened to “[destroy] the Turkish economy” if he took military action in Syria following his announcement several days earlier to withdraw all U.S. troops from the northeast of Syria. Erdogan reportedly took the letter warning against being a “fool” and tossed it “in the bin,” the sources said.