You surely have noted how many are being cremated these days (something the Church has previously wavered about but now fully accepts), and how many — mainly outside of Catholicism — are having their ashes scattered in various and sundry imaginative places.

The Church tells us we can’t simply scatter “cremains,” admonishing us to find a particularly “sacred” place for ashes, preferably in the ground (and decidedly not on the mantle in a home — nor exotic locales).

For exotic places are very much in cremation vogue. To wit: cremains have been sprinkled into comic books, blasted from shotguns, inserted into diamonds and tattoos, and even sent into space. Cremains have found their way into snow globes, hourglasses, and teddy bears. Keith Richards of the Rollings Stones is said to have snorted the remains of his father (along with a little cocaine).

That doesn’t strike one as a dignified send-off. A recent story informs us that many have their cremation ashes sprinkled at Disney attractions and specifically — ironically — the “Haunted Mansion.” Says one report: “To deal with the expanding problem, Disneyland’s custodial department has recently purchased special vacuums with HEPA filters to clean up the symbolic scene. These vacuums can capture the tiny cremated ash of human remains while also capturing the small bone fragments that often remain after the cremation. When cast members witness the scattering of a powdery substance on a ride, they are required to call the janitorial hotline and quietly use the code ‘HEPA Cleanup.‘”

As a result, that attraction may become more “haunted” than has been bargained for. (And for sure it is not a “sacred place.”) Many are those who report spiritual activity at graveyards. Is the same true of ashes? Can spirits “attach” to them?

This question, absurd on the surface, is asked because — to take a small snippet from a recent “special report” about spirits of the deceased — there was an Christian Oxford-educated English psychotherapist named Kenneth McAll, who recalled the strange feeling those who attempted to preach from the pulpit of a certain Anglican church in England reported — so oppressed they usually stepped down from it, refusing to speak from the pulpit.

Dr. McAll investigated and found that the ashes of a former clergyman had been scattered there (a brass plate in the pulpit balcony commemorated it). The doctor also found that this preacher had spent his later years depressed and immersed in the occult. 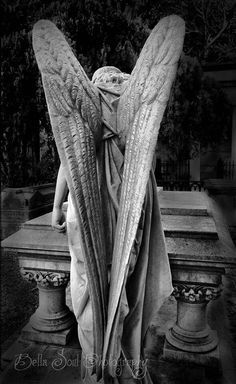 These days, whether at the beach, on a ship, on a mountain, along a river — wherever — we have no idea if we’re stepping on someone’s ashes (or ash). Cremains are all over the place.

And that raises dispositional issues the likes of which we as a society have not encountered before.

Most incredibly — and under-reported by the news: the state of Washington recently approved using human remains as compost.

It doesn’t get much less dignified — of course, no surprise in an age when fetal remains are dumped as medical waste.

Okay. The Church accepts this. Many find it the proper alternative, particularly with the price funeral homes and graveyards charge for regular burial or entombment.

But that doesn’t mean we should make the world a graveyard.