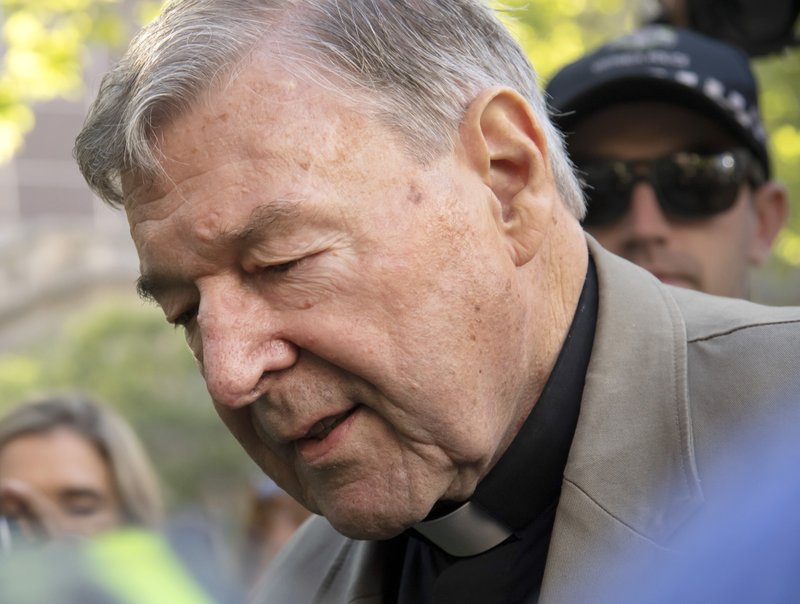 MELBOURNE, Australia (AP) — The most senior Catholic cleric ever convicted of child sex abuse was sent to prison on Wednesday and will wait two weeks to learn his sentence for molesting two choirboys in a Melbourne cathedral two decades ago.

Victorian state County Court Chief Judge Peter Kidd revoked Cardinal George Pell’s bail at the end of a sentencing hearing in a packed, standing room-only courtroom. Kidd said he would deliver his sentence on March 13. The 77-year-old Pell, who could face 50 years in prison, showed no expression as he walked from the dock with a cane escorted by three court security officers and a prison guard. Pell paused at the door, turned to the judge and bowed. 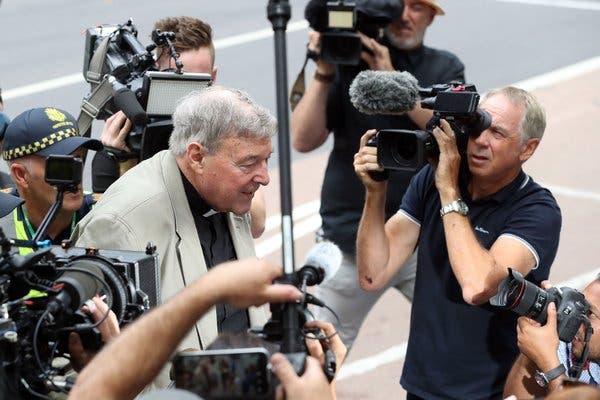 MELBOURNE, Australia — An Australian court has canceled a second trial for Cardinal George Pell, the highest-ranking Roman Catholic leader ever convicted of sexual abuse, just days before the cardinal was set to be sentenced on an earlier conviction.

In December, Cardinal Pell, 77, was found guilty of sexually assaulting two 13-year-old choirboys. But a judge forbid news outlets to publish the news, citing concerns that coverage might influence a jury in the second trial. On Tuesday, with the new trial no longer in the works, the judge lifted the gag order. He was found guilty of forcing oral sex onto a 13-year-old boy after Sunday Mass in the sacristy of St. Patrick’s Cathedral in Melbourne. At the time, Cardinal Pell was the city’s archbishop.

The first four offenses occurred at the first or second Solemn Mass that Archbishop Pell celebrated as leader of the magnificent blue-stone century-old cathedral in the center of Melbourne. Pell was wearing his full robes — though not his staff or pointed bishops’ hat — at the time.