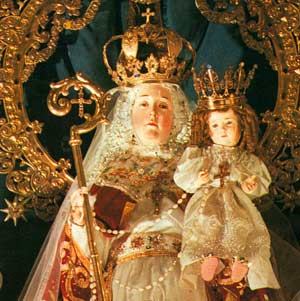 As we have previously noted, verification of the event is difficult due to the period of time and while we endeavor to learn more from authorities in South America and confirm what has already been reported, there are several other matters to cover besides what we have mentioned in the first two reports.

It was on February 2, 1634 — nearly four centuries years ago — that a nun known as Mother Mariana de Jesus Torres was praying before the Blessed Sacrament when the perpetual lamp was suddenly and inexplicably extinguished. The chapel became dark except for a heavenly light, in which the Virgin appeared with what is claimed to have been a stirring prophecy. These are the details we are seeking to confirm. Could the prophecy have been so accurate?

“The sanctuary lamp burning in front of the Prisoner of Love, which you saw go out, has many meanings,” said the Virgin, according to the translation in a history of apparitions, The Last Secret. Faith would be gradually extinguished in the twentieth century, the Virgin was said to have warned, until there was an almost total corruption of customs and rampant impurity. That’s how the “demon” would take control. Many hearts consecrated to God in the priestly and religious state would fall into lukewarmness, according to a booklet, “Our Lady of Good Success” — which synopsizes an earlier 18th-century rendition of the Quito events and thus lends credibility to aspects of this dramatic prophecy (although, as we have remarked, we do not share the  ultra-traditionalist views of the author). 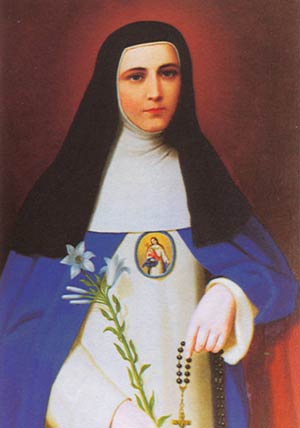 The Quito revelation warned that the “demon” would persecute many priests and corrupt many others — causing them to “scandalize the Christian people” and bring great suffering upon pastors.

There would be a great agitation of spirits. There would be rumblings. According to a booklet, the Virgin once dispelled the “infernal serpent” from persecuting Mother Mariana “with such a great roar that it caused the earth to tremble throughout the city and convent.”

Such brings to mind recent articles we have carried on widespread reports of strange rumblings as spiritual war peaks in our own time and as we hear of Christians of all denominations who are inexplicably awakening at 3 a.m. and feeling the urge to pray.

It was 3 a.m. on January 11, 1611, that nuns at Mother Mariana’s convent claimed to have witnessed a huge miracle as the archangels Michael, Gabriel, and Raphael appeared, along with Saint Francis, to help finish a statue Mary had told Mother Mariana to have built and processed into the convent. “At that moment the holy statue took on life and intoned with the celestial choir the Magnificat,” according to the “Our Lady of Good Success” book.

When everything seemed lost, Mother Mariana said the Virgin prophesied, it would actually be the beginning of a “happy restoration.”

“This will mark the arrival of my hour, when I, in a marvelous way, will dethrone the proud and cursed Satan, trampling him under my feet and fettering him in the infernal abyss,” said the Virgin of Good Success  (“good success” because in the end she wins).

[resources: books on Our Lady of Good Success and The Last Secret  and Michael Brown retreats: Cincinnati and Connecticut]

[Footnote: versions of the alleged prophecy include such things as:

“Unhappy, the children of those times! Seldom will they receive the sacraments of Baptism and Confirmation. As for the sacrament of Penance, they will confess only while attending Catholic schools, which the devil will do his utmost to destroy by means of persons in authority.

“The same will occur with Holy Communion. Oh, how it hurts me to tell you that there will be many and enormous public and hidden sacrileges!

“In those times, the sacrament of Extreme Unction will be largely ignored.… Many will die without receiving it, being thereby deprived of innumerable graces, consolation, and strength in the great leap from time to eternity.

“The sacrament of Matrimony, which symbolizes the union of Christ with the Church, will be thoroughly attacked and profaned. Masonry, then reigning, will implement iniquitous laws aimed at extinguishing this sacrament. They will make it easy for all to live in sin, thus multiplying the birth of illegitimate children without the Church’s blessing….

“Secular education will contribute to a scarcity of priestly and religious vocations.”

“The holy sacrament of Holy Orders will be ridiculed, oppressed, and despised, for in this both the Church and God Himself are oppressed and reviled, since He is represented by His priests.”]