Could it be, that segments of the secular media are now in the role of announcing “apocalypse”?

That’s something not even Catholic news websites (with one exception, that is!) do.

Yet, we have this language last weekend from, of all places The New York Times, where uber-liberal columnist Maureen Dowd (referring to all the erumpent strangeness in nature) writes things like:

“Holy smokes. It feels like we are living through the first vertiginous 15 minutes of a disaster movie, maybe one called ‘The Day After Tomorrow Was Yesterday.’ Heat waves are getting hotter. Forests are ablaze. Floods are obliterating. An iceberg nearly half the size of Puerto Rico broke off from Antarctica.”

The headline of her column: “Apocalypse Right Now.”

“Florida’s fleurs du mal, algal blooms known as red tide, have become more toxic because of pollution and climate change,” she goes on. “They are responsible for killing 600 tons of marine life, leaving beaches strewn with reeking dead fish. 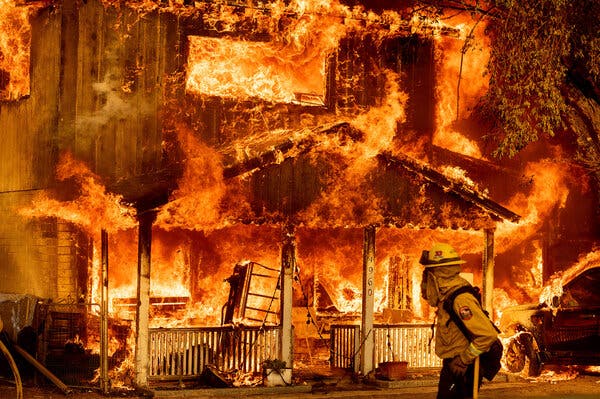 Adds Dowd (an anti-Christian, by the by): “The heatwave that stunned the Pacific Northwest, killing nearly 200 people, was followed by a bolt of lightning igniting the dry earth in Oregon. The Bootleg Fire has now devoured 400,000 acres, with flames so intense, they are creating their own weather pattern capable of sparking new fires. The smoke has traveled from the West to the East Coast, tainting the air.

“As Angela Merkel and President Biden touted a climate and energy partnership on her recent visit here, nature mocked them. While the two leaders had dinner, rains submerged huge swaths of Germany, including medieval towns.”

Even in our food, are there perhaps signs.

According to KING5, a local news outlet in Seattle, Washington, at least 52 cases of vibriosis have been reported in July, which surpasses previous records for the month. “Vibriosis is a bacterial illness that’s contracted by eating raw or undercooked shellfish, but especially oysters. So far, 30 of these cases have been linked to eating oysters. The cause for this unusually high number of vibriosis cases could be due to the record-breaking heatwave that has been burdening Washington and other states along the west coast since June.”

In other cases, it’s fish — which some see as a special prophetic indicator. From CBS:

“Baby salmon are dying by the thousands in one California river, and an entire run of endangered salmon could be wiped out in another. Fishermen who make their living off adult salmon, once they enter the Pacific Ocean, are sounding the alarm as blistering heat waves and extended drought in the U.S. West raise water temperatures and imperil fish from Idaho to California.

“Hundreds of thousands of young salmon are dying in Northern California’s Klamath River as low water levels brought about by drought allow a parasite to thrive, devastating a Native American tribe whose diet and traditions are tied to the fish. And wildlife officials said the Sacramento River is facing a ‘near-complete loss’ of young Chinook salmon due to abnormally warm water.”

Now this from MSN.com — to make the head spin in another direction:

“South Africa broke a whopping 19 cold weather records as a freezing cold front and snow swept parts of the country this week. According to the South African Weather Service 19 parts of the country broke minimum temperature records, with some of the towns on Friday, experiencing the coldest temperates last seen half a century ago.  Kimberly and Warmbad Toowoomba recorded below freezing temperatures last seen decades ago. In Kimberly the mercury hit a record low of -9.9 C, while  Warmbad Toowoomba  recorded a slow of -5.6 C beating the previous low of -5.5C last recorded on 6 July 1964.”

Extremes, extremes, extremes — announced now on a daily basis on the front pages of news websites that obviously can sense something strange happening that has not happened previously.