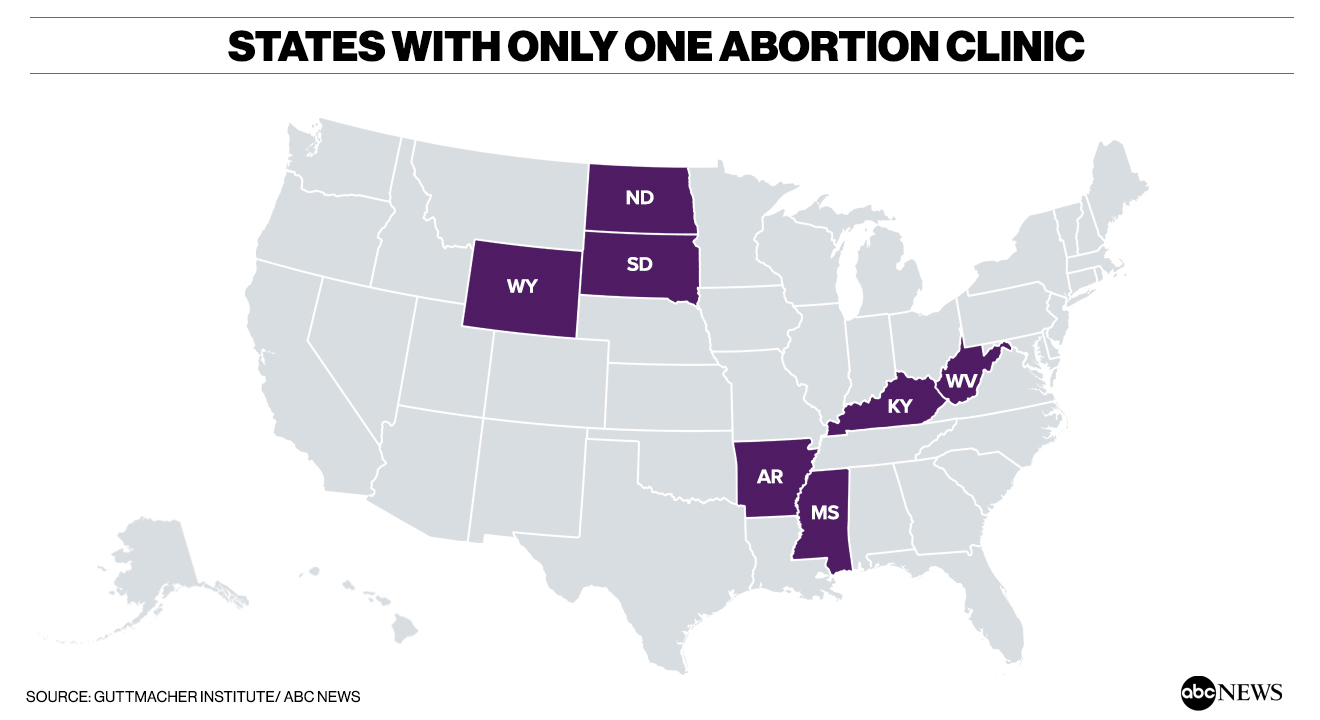 The Guttmacher Institute, a reproductive rights research group that was initially formed under Planned Parenthood but has been operating separately for years, tracks the number of abortion clinics. It hasn’t released data for all states since 2014, but policy analysts were able to share information on some of the states where a significant number of abortion facilities have closed.

Those states include Texas and Arizona. In 2011, Texas had 46 abortion clinics and Arizona had 15; since then, the number of clinics in both states has dropped to less than half that. “Clinics close for a lot of reasons,” Elizabeth Nash, a policy analyst at Guttmacher, told ABC News. “Over the past eight years, we’ve seen clinics close directly because of state-level abortion restrictions.”