Recent ‘word’: “A new and great evil has now come and settled and will be there for the duration. It was a choice by man, including My people, who find deception in rancor and rancor where was ordained love.

Not for years will an interior light return for those whose god is gold and whose love is cold. Not since times in history deep ago have My children so been skewed in what they perceive with eyes that distort and minds that form reality in a way that has no true destiny.

Flee to Saint Joseph, and the Blessed Mother of the holm oak who tells us that brightness can be found only by those who practice the diligence of prayer amid consternation.

Those who framed the future in accordance with their own time tables now find disbelief in prophecies though they unfold around you.”

From the London Times: 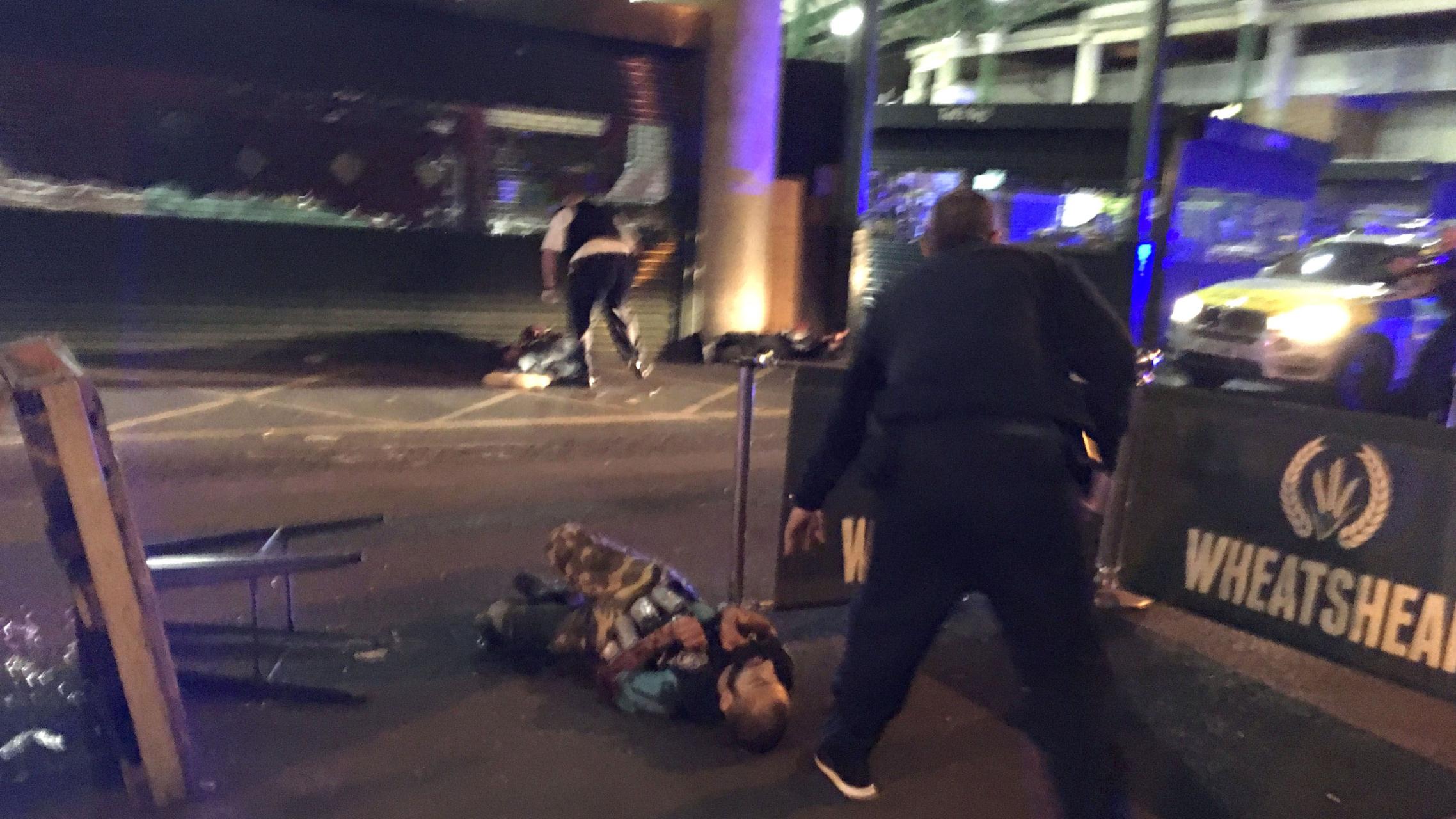 Armed police are raiding houses in the hunt for a suspected jihadist cell responsible for the mowing down of dozens of victims on London Bridge last night and the stabbing of many more in Borough Market. Scotland Yard confirmed that counter-terrorism officers had arrested 12 people in Barking and a number of homes were being searched.

(Three terrorists wearing fake suicide vests were shot dead by police early today after a van and knife rampage on London Bridge, in which at least seven people were killed and at least 48 were injured.

The terrorists, driving a white van, had ploughed into pedestrians on the bridge before crashing the vehicle and then stabbing people at random in nearby Borough Market.Among those stabbed was a British Transport Police officer who received “serious but not life-threatening injuries” to his head, face and leg.

In a statement outside No 10 this morning, Theresa May said that 48 people were being treated in several hospitals across London following the “brutal terrorist attack.”)