Unnerving it is when a book foresees the future. The Bible is one thing—filled with prophecy. But secular books? Do they occasionally stumble on the future by accident? Jules Verne saw a giant “space cannon” shooting something in Florida. Was it on that stretch of shore later called Cape Canaveral, site of the Kennedy Space Center? Sci-fi king Arthur C. Clarke foresaw virtual reality.

Most recently, it has come to light that a thriller novel by horror writer Dean Koontz called The Eyes of Darkness, written in 1981, mentioned a virus called Wuhan-400. In the novel, the virus was created as a weapon in a laboratory. Some claim that’s the case in the current outbreak. (We recommend against reading any of his horror books.) 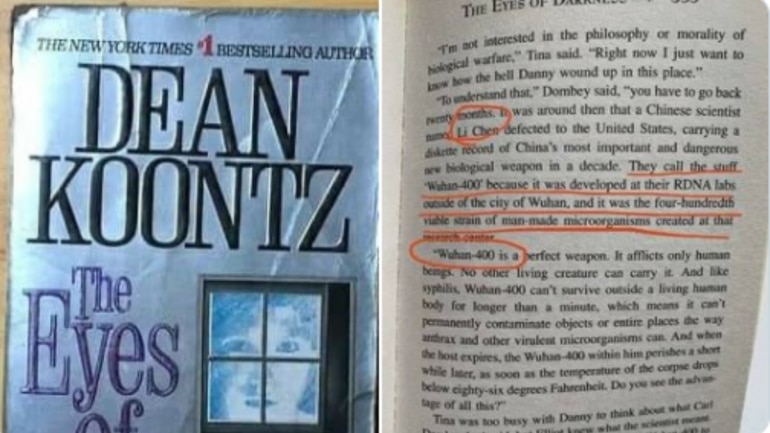 There is also the precognitive handiwork of writer and lawyer named Ingersoll Lockwood, who wrote a series of novels in the late 1800s. The titles of two, written for children: Travels and Adventures of Little Baron Trump and His Wonderful Dog Bulger (1889) and Baron Trump’s Marvelous Underground Journey (1893). It’s about a “Trump Castle” on Fifth Avenue, with the owner becoming president (amid great upheaval, including rebellion) — and a few months after disturbances aimed against him, the president appoints a man to his cabinet . . . named “Pence.”

All true. All verifiable. (Ingersoll’s final novel was a political one about civil disruption and social upheaval against the rich called The Last President.)

But nothing is more chilling (figuratively and, considering where it occurred, literally) than a book by Morgan Robertson called Futility about an “unsinkable” ocean liner called “Titan,” which was published fourteen years before the tragedy of the Titanic. Like the real-life, ill-fated ship, largest in the world, the fictional boat lacked lifeboats and  sank the same 400 nautical miles from Newfoundland the same month of April after striking an iceberg. [Below, the book reissued after the tragedy] 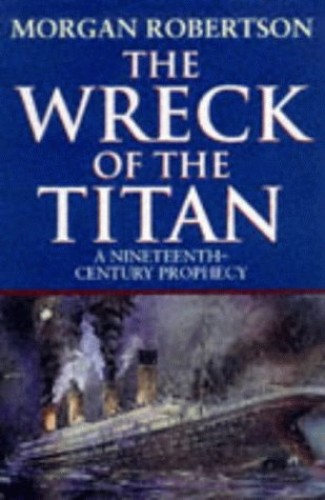 Speaking of the Titanic, and the uncanny: there are the chilling last words from a 19-year-old man named Jeremiah Burke from Glanmire, County Cork, Ireland, that were slipped into a bottle of Holy Water that his mother had given him when she saw him off in Cobh. Noted Irish Central, “Burke used one of his very own shoelaces to tie it up and threw the letter overboard. The letter simply reads: ‘From Titanic, goodbye all, Burke of Glanmire, Cork.’”

Remarkably, “the bottle made its way to shore only a few miles from his family’s house,” reports the newspaper. “It was kept within the family until 2011, when his niece decided to donate it. Jeremiah’s grieving family believed the message found by a coachman on the shore at Dunkettle, close to their home, was authentic. Kate Burke, his mother, recognized her son’s handwriting. She announced that the bottle was the same Holy Water bottle she had given to her boy on the day of his departure.”

[resources: The God of Miracles and Michael Brown retreat, Phoenix]