The Catholic Exchange had this passage the other day:

“Jesus tells His followers that even though they must understand all their difficulties or suffering within the much larger context of the life of the world to come, they must not forget life in this world.  Paradoxically, to live a truly otherworldly life makes a believer the ‘salt’ and ‘light’ of this world.  Here Jesus gives us the real meaning of the work He came to do.  He wants His followers to live by faith in Him, to believe that this earthly life is not our final end.  That, of course, will make us misfits in this world.  Yet the very fact that we live this way—living the peace and blessedness of the Beatitudes—makes us into people who ‘salt’ the earth.  By the transformation of our lives in Christ, we give taste to the otherwise drab meaningless of life without God.  As the people of God, the Church, we are praying, always and everywhere, for the salvation of all the people.  As we do this work, we are the sacrament of salvation—the ‘salt’ that preserves the human race.

“When we live in obedience to Christ’s law of love (the Beatitudes), we become ‘the light of the world,’ because we share with others God’s unconditional love for us.  The world without God is a world starved for love, a world that sits in the darkness of self-centeredness and pride.  Jesus tells us:  ‘Your light must shine before others, that they may see your good deeds and glorify your heavenly Father.'”

Are we “otherworldly,” or of this world? Are we caught between the two? Which are you (and we)?

Are you/we propelled by Scripture or daily political, cultural, and economic news? Do you approach Catholicism as the Mystical Body or through a this-world lens — instead of its spirituality, focusing on Church intrigues and politics?

We scan secular news as “signs of the times,” but that’s as far as it should go — not letting it consume us. Imagine how much time Catholics spend thinking and talking (and arguing) about earthly matters instead of contemplating heavenly ones.

It is time we will regret. Important only is what is pertinent to Heaven.

Yes, be cognizant of the “signs.” Do your societal duty.  Vote. Tend to temporal needs, as needs arise. Cultura.

But in all things elevate your vision above the fray, or your spirit will be sullied by it.

This goes too with arguing back and forth about Church politics, which also tends to the worldly (hovering, as they do, on the institution, instead of the practices of Christ).

If we can rely on reports, in a few days we will gain insight into the mind of Pope Francis when it comes to strict rules of celibacy. Is he as liberal as so many claim (and fear)? Or on occasion, do his words simply clang in the wrong direction? It is a question that alternately seems like a no-brainer (“Of course he’s liberal!”) to a puzzle wrapped up in a mystery and placed in a maze (or perhaps labyrinth). 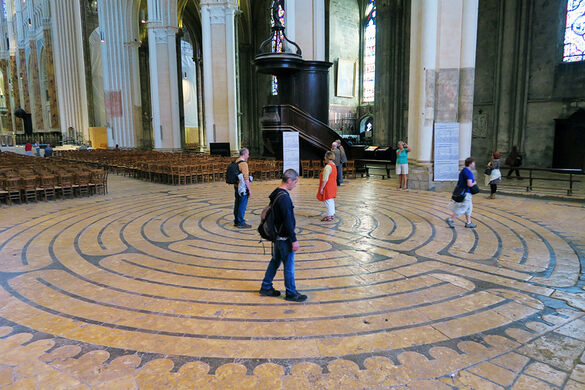 That’s said because of statements of his that are not very liberal. In recent days, he has called transgenderism “evil.” He also iterated his frequent denunciation of abortion, top to bottom. He has quoted John Paul II on the question of celibacy, calling it — celibacy, in the priesthood — a “decisive grace.” He has restated his position that homosexuals cannot marry (though he defends their civil “rights”).

“I am convinced that celibacy is a gift, a grace, and following in the footsteps of Paul VI, John Paul II and Benedict XVI, I strongly feel an obligation to think of celibacy as a decisive grace that characterizes the Latin Catholic Church. I repeat: It is a grace,” he wrote.

Tellingly, and perhaps surprisingly — counterintuitively — all this is in a just released book he co-authored that refers to the impeccably conservative Pontiff from Poland as “Saint John Paul the Great” (which he certainly was and is). But it is news  and surprising to many that the Pope has declared him as such.

Befuddled, one can get, in these times, on all sides of the Atlantic.

Allowing married priests in the Amazon River region would be viewed, if it does come, with alarm — opening the door to celibacy across the priesthood, warn conservatives (and again, understandably).

But this already was done by Benedict XVI, argue others, when in 2009 he allowed married Anglican priests to become Catholic ones.

There are, of course, other issues.

Who is who and what is what?

We don’t do politics here, but we do look at the world and its signs (and news  stories and daily strangeness) from a mystical perspective, especially when matters seem — as in our time — so counterintuitive.

Is it not astonishing, as a final example, how a major political party that features itself as a defender of children, immigrants, the poor, the homeless, the uninsured (healthwise), the environment (“Pollution Kills Babies”), and the downtrodden in general  — at the same time it features itself as defender of abused children and women! — is running a political primary in the United States in which every single one of its major candidates is okay with late-term abortion: killing the very children whom, immediately after birth, it so ardently defends and “protects” (unless they are accidental abortion survivors)?

More astounding still: most Americans don’t really care about legal abortion. Sixty percent are for restricting it, and even among those who are pro-“choice,” 66 percent oppose abortions in the third trimester. Yet, Planned Parenthood has an entire political party under its spell. So do radicals, backed every step of the way by the gurus of Hollywood, who pushed their way even to gay adoption of innocent youngsters.

Perhaps that spell, or stranglehold, has a curse with it.

To quote the news: “You want a victory lap? You got one,” a fellow named Greg Gutfeld said on Fox News. “Seriously, this was the best week ever. You had everything: Trump crushes impeachment. Nancy throws a fit. The Democrats implode. All that’s missing is an invasion of space creatures that taste just like citizens, but look like Ryan Seacrest. It’s beautiful.”

The question: can any political party really think God and His Grace are going to be with them when they cow-tow to terminating the unborn? Or promote drag queens reading to grammar school kids?

This is hardly to endorse all practices on either side of the aisle. It is simply to cite “cognitive dissonance” (or better put, “diabolical disorientation,” in the verbiage of Lucia of Fatima). Can one be fully Christian and yet be okay with gross materialism and the ravaging of God’s Creation?

It is sad in our time that such is the fervor of extremism that we (on all sides of the ocean) have politicized even the Vatican.