It’s not just Catholics who may find frustration with the Church’s reluctance to tackle spiritual warfare.

In a book precisely on this topic, a well-known evangelical named Lester Sumrall laid it out quite succinctly when he recounted a time when “a person came to me requesting prayer for an emotional problem. I said, ‘Yes, I’ll pray for you. What church do you belong to?’ The person told me and I asked, ‘Did you talk to your pastor about this situation?’

“And what did he do?

“‘He recommended a psychiatrist.’

“The Church must not seek being a referral station!” thundered Sumrall. “It must stand up in God’s Name and proclaim, ‘We’ve got the answer to every human need!’ We must believe that, and then start acting on it.”

Point well made. One can rightly ask: What is the success rate of psychiatry? Is it not by some measures less than thirty percent? Is anyone really cured — or just treated?

It is the secularization of Catholicism that in significant measure — along with cultural trends — has emptied the pews. It comes down to something simple, wrote Sumrall, now deceased, a missionary who traveled the world (more than a hundred nations): No church can expect support from the people “if it cannot render to the people what they need.”

It is God’s raw Power — not “welcome home” campaigns, not treatises — that people want. And that power is often on display is casting out evil. Had the Church been more adept at this, demonized priests who committed abuse would not have been tolerated (or would have been delivered).

While some modern theologians say the subject of demons is “negative” and minor, Sumrall points out that Jesus mentioned demons more than He did angels; that the Apostles were constantly hunting darkness down; and that there is nothing more positive than freeing a person from bondage — including folks who have been in mental institutes for decades but actually suffer spiritual problems. “It is not relative, and neither is it negative,” said the evangelist. “It’s positive! You should see and hear the joy that comes into the lives of those set free from the powers of darkness, the thankfulness expressed to Almighty God for their deliverance.”

As for those who complain about “seeing a devil under every rock,” in fact, Sumrall noted, “alien entities seek to control nations, and they have already gained control of some of the face of the earth today. They also control some cities, districts, or other areas. They seek to possess human beings through whom they can express their evil. I have observed alien entities who reside in a house and make it their chief place of operation. I have also known of alien entities using a tree or a heathen temple or a rock where devotees come to communicate with them.”

How much we have strayed from Christ’s mandates — placed a partition between the Church and the supernatural; set the mental above the spiritual; and in so doing, caused what could be called a stealth apostasy. Bring back His Power and you will bring back the people, you will fill the pews — or at least add to them. 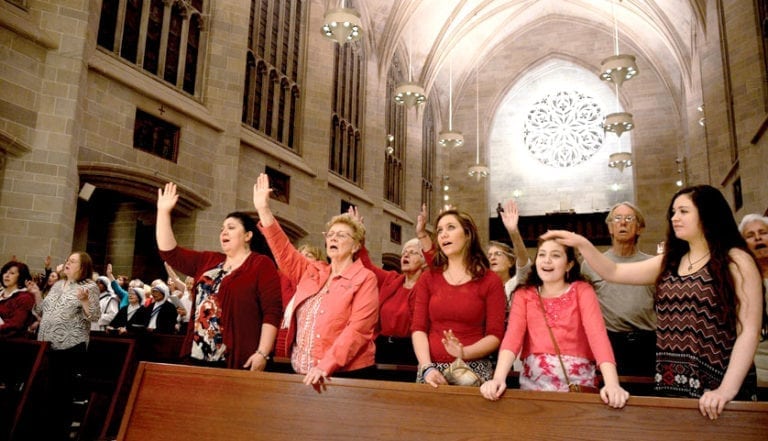