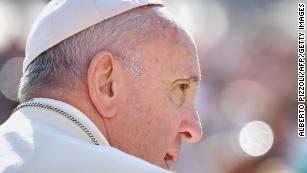 Pope Francis ordered a Vatican investigation last year into abuse allegations against US Archbishop Theodore McCarrick but is not yet releasing the results, the Vatican revealed Saturday.

“The Holy See will, in due course, make known the conclusions of the matter regarding Archbishop McCarrick,” the Vatican statement said. US Catholics have been reeling in recent months from allegations that McCarrick, a former top American cardinal, sexually abused seminarians and an altar boy.

Pope Francis has ordered a deeper investigation into the accusations of sexual misconduct against Archbishop Theodore E. McCarrick, the Vatican said Saturday, including a “thorough study” of archival documents to determine how he climbed the church hierarchy despite allegations he had slept with seminarians and young priests.

The statement came more than a month after Carlo Maria Viganò, the former Vatican ambassador to the United States, published a remarkable letter accusing the pope of having known about, and covered up, the actions of Archbishop McCarrick. The Vatican statement did not explicitly address the accusations by Archbishop Viganò. Instead, the Vatican said, the Pope’s decision was motivated generally by the “publication of the accusations” against Archbishop McCarrick, who once led the Archdiocese of Washington and was a major power in the Catholic Church in the United States. Massimo Faggioli, a professor of theology and religious studies at Villanova University, said that Vatican officials “know this may reflect badly on John Paul II or on Benedict” Francis’s predecessors.

The Vatican statement was the first indication of how it plans to address one of its biggest scandals: McCarrick’s resignation from the College of Cardinals in July amid accusations that he sexually abused adults and minors. The 450-word statement, issued at the pope’s request, did not address a separate major accusation that has roiled the Catholic Church — the claim that Francis was told five years ago about McCarrick’s alleged misconduct with young men and did nothing about it.