Arizona Sen. John McCain, a war hero who survived five years as a prisoner of war in Vietnam, served three decades in Congress and went on to become the Republican Party’s nominee for president in 2008, died Saturday. He was 81 years old.

In his last hours, McCain turned down further treatment, his family announced in a statement. McCain was diagnosed with brain cancer in July 2017. Doctors discovered the tumor during a medical procedure to remove a blood clot from above his left eye. He remained upbeat after the diagnosis, flying back to Washington days after surgery with a large scar visible above his eye to partake in the Senate’s health care debate. 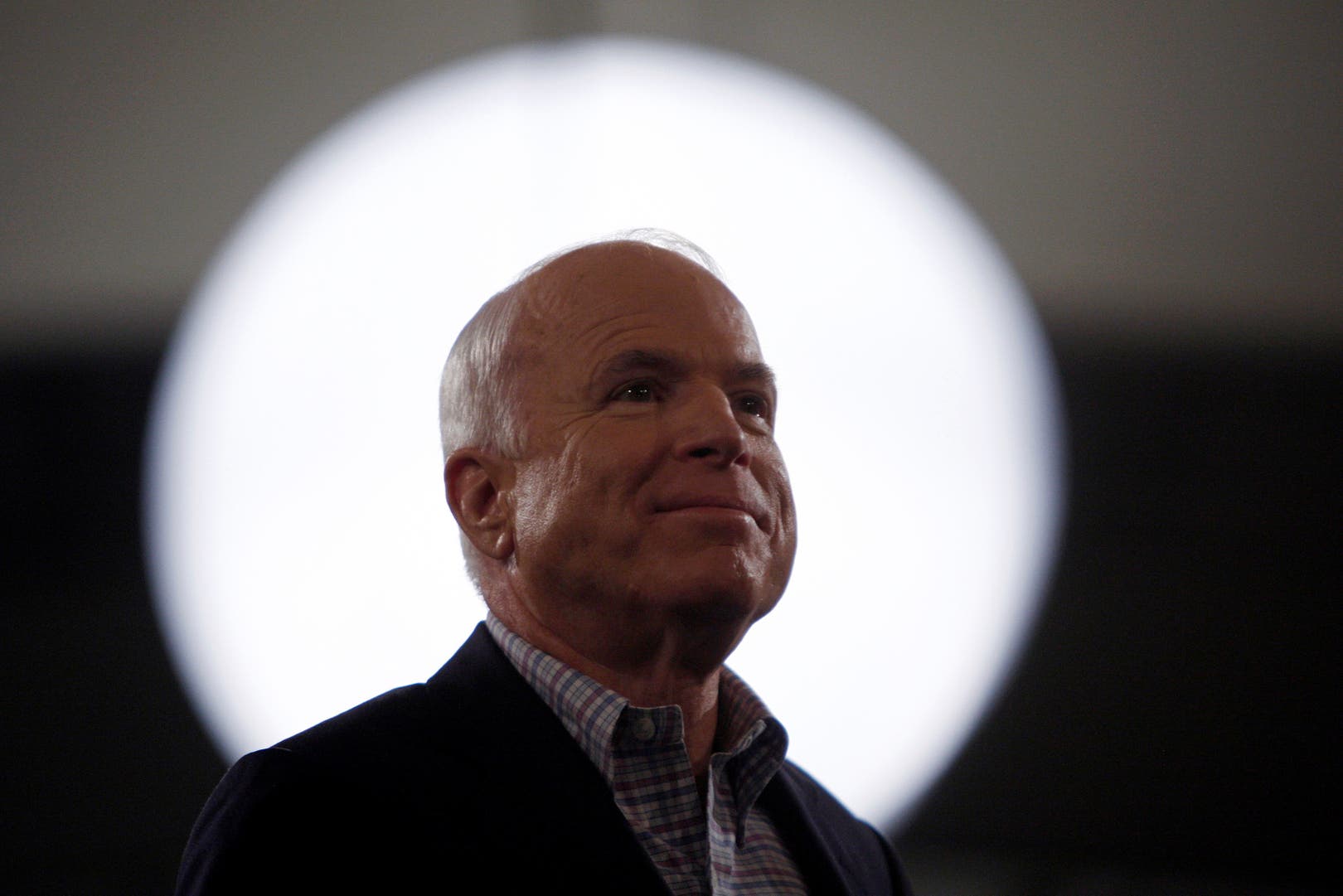 John S. McCain, the proud naval aviator who climbed from depths of despair as a prisoner of war in Vietnam to pinnacles of power as a Republican congressman and senator from Arizona and a two-time contender for the presidency, died on Saturday at his home in Arizona. He was 81.

According to a statement from his office, Mr. McCain died at 4:28 p.m. local time. He had suffered from a malignant brain tumor, called a glioblastoma, for which he had been treated periodically with radiation and chemotherapy since its discovery in 2017.

Despite his grave condition, he soon made a dramatic appearance in the Senate to cast a thumbs-down vote against his party’s drive to repeal the Affordable Care Act. But while he was unable to be in the Senate for a vote on the Republican tax bill in December, his endorsement was crucial, though not decisive, in the Trump administration’s lone legislative triumph of the year.