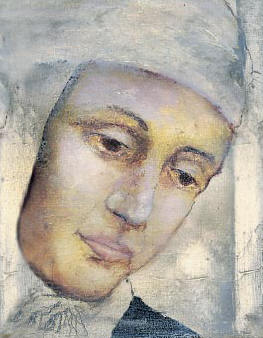 In her book called The Dolorous Passion of Our Lord Jesus Christ, mystic Anne Catherine Emmerich asserted that what Jesus suffered at Gethsemane, in the famous instance the night before His Crucifixion, was far greater than what’s described in Scripture — that beyond mere anticipation of His own death, the Lord was forced to enter into fierce spiritual combat with the devil.

According to Emmerich, whose revelations reportedly play a significant role in a new Mel Gibson movie about Christ’s Passion, the scene in the Garden — widely known as the Agony — involved “frightful figures borne on clouds” and temptation by Satan himself.

“Jesus went a few steps to the left, down a hill, and concealed himself beneath a rock, in a grotto about six-feet deep, while the apostles remained in a kind of hollow above,” wrote the seer, a stigmatic who claimed to see Jesus’ entire Passion in excruciating detail. “The place called Gethsemane was a large garden, surrounded by a hedge and containing only some fruit trees and flowers, while outside stood a few deserted unclosed buildings.

When Jesus left His disciples, I saw a number of frightful figures surrounding Him in an ever-narrowing circle.

His sorrow and anguish of soul continued to increase, and He was trembling all over when He entered the grotto to pray, like a way-worn traveler hurriedly seeking shelter from a sudden storm, but the awful visions pursued Him even there, and became more and more distinct.

“Alas! This small cavern appeared to contain the awful picture of all the sins which had been or were to be committed from the fall of Adam to the end of the world, and of the punishment which they deserved,” the mystic added.

It was a sight, said Emmerich, that caused the Lord to fall on His face — overwhelmed by an unspeakable sorrow that many thought was not fully suffered until the next day, until His Crucifixion — when in fact, if Emmerich’s visions bear merit, the Gethesmane scene was more than just anxiety at the thought of what would soon happen; it was a spiritual Crucifixion. It was an aspect of His suffering to which we have hitherto not been privy, save for this alleged revelation.

According to the holy nun (whom the Vatican declared “venerable” in 2001), Satan let loose his full fury against Jesus and displayed the horrid visions before the Lord’s eyes at the same time that he taunted Him about suffering for an “unworthy” race and failing at His mission.

If true, it would have been the second major appearance of the devil to Jesus that we know of (after the far better known confrontation in the desert). “Takest thou even this sin upon thyself?” Emmerich heard the devil ask as the images of mankind’s sins were shown.

It was at that point, claimed this mystic, that “a long ray of light, like a luminous path in the air, descended from Heaven; it was a procession of angels who came to Jesus and strengthened and reinvigorated Him.

The remainder of the grotto was filled with frightful visions of our crime; Jesus took them all upon Himself.” And all the while, demons tempted Jesus with thoughts of despair and failure — in Emmerich’s view.

At a spiritual level, it was misery to match what He would shortly endure physically.

Every crime that man had ever committed and ever would was portrayed to Him. And made to seem hopeless.

At first the Lord appeared calm as He knelt down and prayed, claimed the mystic — “but after a time His soul became terrified at the sight of the innumerable crimes of men,” as well as their ingratitude towards God, and it was at this point, claimed the nun, that the Lord exclaimed, “Father, if it is possible, let this chalice pass from me!”

That’s what the German mystic — who died in 1824 — imagined as the way Christ prepared for His Crucifixion. They are scenes that Emmerich envisioned while in a semi-comatose state — sometimes while suffering the stigmata.

The Gibson movie, which has created controversy because it promises to be the most vivid, graphic portrayal of the Agony ever filmed, is said to draw heavily from such scenes and stars Jim Caviezel, whose conversion came through Medjugorje.

Among the horrid scenes to which Jesus was subjected was the sight of men dragged away by the devil — men who had been redeemed by His Blood and sanctified by the unction of His sacrament.

As described by Emmerich, it was a bitter anguish, and so violent was the struggle between His human will and His repugnance to suffering for such ungrateful men that His pores burst forth.

Or so Sister Emmerich tells us.

“Amid all these apparitions, Satan  held a conspicuous place, under various forms, which represented different kinds of sins,” she maintained. “Sometimes he appeared under the form of a gigantic black figure, sometimes under those of a tiger, a fox, a wolf, a dragon, or a serpent.”

None of them actually resembled a real creature, said the mystic; there were aspects of the creatures in the forms. It was just a diabolical onslaught. Hell was unleashed.

There was an “odious reptile” of gigantic size — and possessed of “unbounded strength.” The creatures cursed, struck, wounded, and tore at the Savior.

“Thus exposed to the fury of these hellish bands, some of which appeared to me wholly composed of blind men, Jesus was as much wounded and bruised as if their blows had been real,” described the seer, who said that if she were to speak for an entire year, she still would not be able to adequately convey the horror.

She saw irreverent Christians; she saw what would be sacrilegious priests. She saw wicked soldiers profaning the sacred vessels — as if to foreshadow the persecutions of the early centuries (or the later French Revolution).

She saw theologians teaching heresy. She saw servants of the devil making use of the Holy Eucharist in hellish rituals.

This preview — this foretaste of mankind’s sins — is what she believed Christ was subjected to before He endured the nails in His hands and feet and the crown of thorns — which Venerable Emmerich also suffered stigmatically.

Where was Mary? Where was His mother?

“I saw the Blessed Virgin also overwhelmed with sorrow and anguish of soul, in the house of Mary, the mother of Mark,” claimed Sister Emmerich.

“She was with Magdalen and Mary in the garden belonging to the house, and almost prostrate from grief, with her whole body bowed down as she knelt. She fainted several times, for she beheld in spirit different portions of the agony of Jesus.”

Could it be true? Did a 19th-century nun actually view accurate renditions of the Passion? Were these details too voluminous to be contained in biblical accounts?

As with any revelation, we take from it what is good, with the recognition that all prophecy, and all such revelation, is imperfect [1 Corinthians 13:9]. There is imagining. There are subjective views. And these often insert themselves into mysticism. Additionally, there have been claims that a poet who helped take down the revelations may have embellished and added details.

We know only that this is transcendental prose taking one right to the New Testament scenes in a way we have not seen before. We also know that by decree of  April 24, 2001, Anne Catherine Emmerich was awarded the degree of “heroic virtue” (Decretum super virtutibus), and thus the title “Venerable” — the first step to potential canonization. Indeed, her cause is now in Rome.

And her book is now sure to be a popular read as Gibson completes a movie that has already garnered publicity everywhere from the Fox News Network to The New York Times.

After His trial in the Garden, according to Emmerich, came heavenly visions — all the angels and bands of future saints who joined their labor to His Passion!

“The apostles, disciples, virgins, and holy women, the martyrs, confessors, hermits, popes, and bishops, and large bands of religious of both sexes — in one word, the entire army of the blessed — appeared before Him,” wrote the remarkable mystic.