Many don’t realize that the Shroud of Turin went missing for centuries.

From the time of the apostles (it’s said that Saint Jude showed it to a Turkish king named Abgar) to its rediscovery around the eleventh century, no one is quite sure where it was.

More intriguing yet: the reason why no one knows where it was may well be that the Shroud had been folded in such a way as only the Face was visible, and during all that time it was kept under lock and key in sort of a small casket in the very arch — in a secret compartment — of a stone city gate as the infinitely precious relic it is. 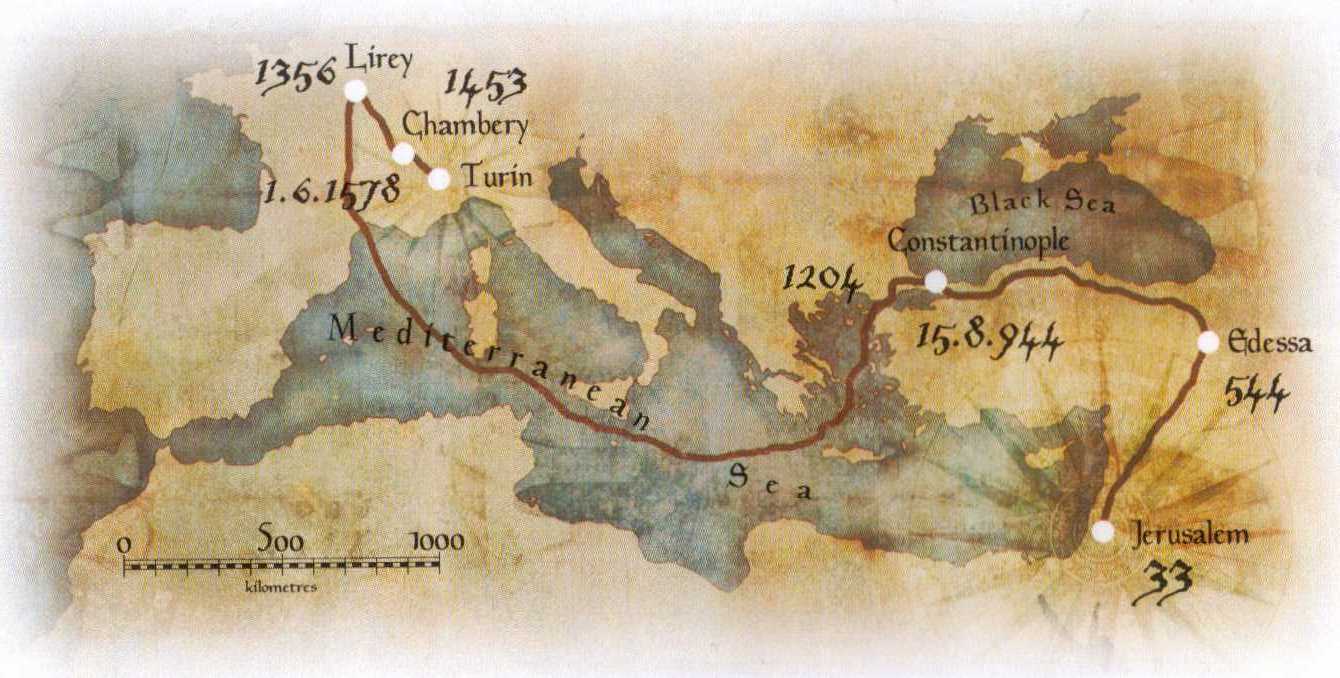 The folded cloth — perhaps even confused with the Veil of Veronica — was known as the Mandylion, and it traveled from the Holy Land through Lebanon and Syria to the ancient city of Edessa in Turkey — a region of the world that may soon come into focus on the world stage, positioned as it’s on the other side of the Black Sea from Ukraine. (Edessa is now called Urfa.)

You’ve seen it on holy cards and other images of Saint Jude, who according to legend brought it to Edessa because the king had once written to Jesus, asking him to come and cure him of an unrecorded illness. Legend has it that Jesus sent him a note declining the invitation but promising a future visit by one of his disciples.

Legend relates that after Jesus’s Resurrection, the Apostle took the image left by Him on the shroud to Edessa, by the virtues of which the king was miraculously healed. 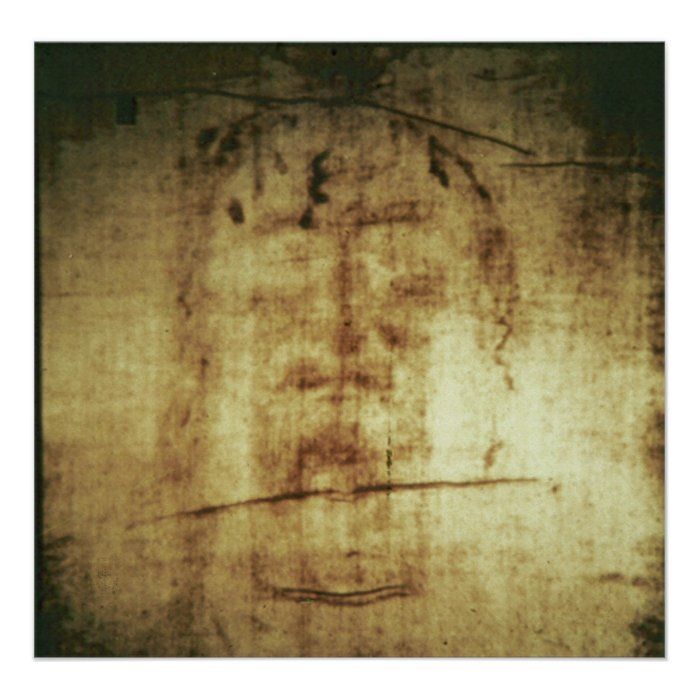 The history is as blurry as was the image (before modern photography brought forth its amazing details), but the burial cloth was in Edessa for at least four centuries before it was taken to Constantinople (now Istanbul), where, by the tenth century it had taken its place alongside two nails, the crown of thorns, the soldier’s lance, Jesus’s robe, and a piece of Cross allegedly from the Crucifixion. The transfer was around A.D. 944.

So precious was the relic considered that only those personally chosen by the emperor ever gained access — ever came even in proximity — to it. The description of the image as a bit vague or blurry fits how the Shroud was identically described until the 1800s and invention of the modern camera, which, in negative, brought the features out with startling clarity. Was it “Veronica’s veil” — the story of which was first recorded after resurfacing of the Mandylion?

Or are these very separate items?

That’s unknown. (We know the tradition, which we’ll stick to. Though never mentioned in the New Testament, Veronica’s encounter is a powerful Station of the Cross.)

“All this makes all the more intriguing the evidence that someone, sometime after the Mandylion’s arrival in Constantinople [again, around the tenth century], seems to have undone the gold trelliswork covering the cloth, untwined the fringe from the surrounding nails, carefully unfolded the cloth, and, for the first time since the days of the apostles, set eyes on the concealed full-length figure,” writes Ian Wilson in his amazing history of it (The Shroud of Turin: The Burial Cloth of Jesus Christ?). 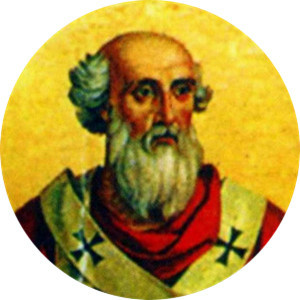 Certain select people may have seen it unfolded before that. In the eighth century, Pope Stephen III gave a sermon that among other things said:

“For the very same mediator between God and man [Christ], that He might in every way satisfy the king [Abgar], stretched His whole Body on a cloth, white as snow, on which the glorious image of the Lord’s Face and the length of His whole Body was so divinely transformed that it was sufficient for those who could not see the Lord bodily in the flesh, to see the transfiguration made on the cloth.”

It was after exposure of the entire cloth that more precise descriptions of Jesus’s Crucifixion evolved, as had portraits of His Face when the Mandylion was seen centuries before, informing art of the day. After Constantinople, the Shroud seemingly traveled back to the Holy Land and then up to France (kept perhaps by the Knights Templar during the High Middle Ages) before finding its way to Italy and the city of Turin, where it resides today.

An endless wonder — and mystery.

A massive book called History of the Church by an English monk named Ordericus Vitalis around 1130 wrote that “Abgar reigned as toparch of Edessa. To him the Lord Jesus sent… a most precious cloth with which He wiped the sweat from His Face, and on which shone the Savior’s features miraculously reproduced. This displayed to those who gazed on it the likeness and proportion of the body of the Lord.”

As Wilson points out, a Vatican Library codex, also dated to the twelfth century, repeated this tradition in its version of the letter from Jesus to Abgar. To wit: “If indeed you desire to look bodily upon My Face, I send you a cloth on which know the image not only of My Face, but of My whole Body has been divinely transformed.”