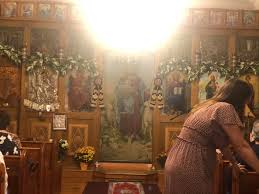 This is one of the most powerful little chapels — no question — in North America.

And the story behind it allows for true use of the word “amazing.” 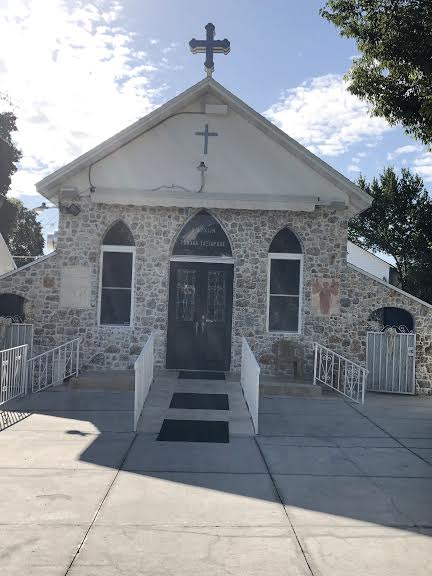 We visited it Sunday — finally, after years of wanting to: the miraculous St. Michael Shrine in Tarpon Springs, Florida (north of Tampa).

First off, the quick history:

In the 1936 a local sponge diver named Dimitrios Tsalichis had invoked the Archangel Michael when he found himself “lost at sea,” stranded on a reef with a massive storm coming. Terrified, he promised to do something for the archangel if he survived.

Tsalichis made it back and, good to his word, soon afterward sent his wife Maria to their homeland of Greece to offer a donation of $300 (then a goodly sum) to the Holy Abbey of the Archangel Michael of Panormiti in Symi, Maria’s hometown.

During that visit, the abbot prior, whose name was Chrysanthos — amazingly enough — bequeathed to Maria a small silver miraculous icon of Michael that had been found in a hole by a farmer who had taken it home — only to find it later, and inexplicably, back in the hole.

That was taken as a sign to build a church there, and that they did. A monastery resulted. The icon the farmer discovered was hung on a wall. The church also secured a larger icon of Michael, clad in silver. 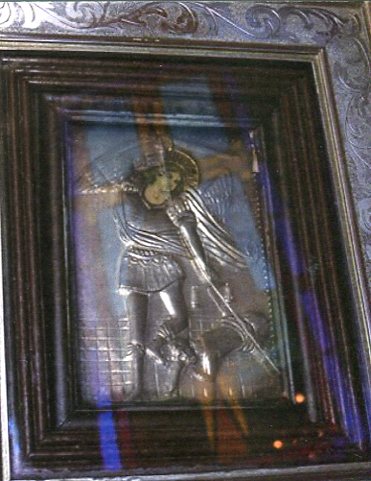 Remarkable (or is the word “providential”) it is that the abbot would part with the miraculous smaller image [left], which was at least five hundred years old.

“As I held the icon in my hands, chills of emotion and awe seized my body and soul immediately,” Maria, who died many years ago, had recounted. When she returned to Tarpon Springs (where they had migrated in the 1920s), she placed the holy icon on a table with an iconostasis and special “sacred lamp.”

A year later — on November 6, 1938, at around nine p.m. — Maria was conversing with a few relatives when suddenly they heard the ring of a church bell that precisely resembled the one at the monastery in Greece. Its origin? The sound was coming from the icon!

And it lasted until the next day at three a.m. (The day after that was the Orthodox feast for the great archangel.)

This is where the account becomes more amazing still.

For in December, 1939, the Tsalichis’s son, Steve, became sick with a high temperature that lasted for days. Taken to the hospital with an illness no one could quite determine, it got to the point where Steve  was not speaking, eating, or able to recognize anyone — what turned out to be a large brain tumor.

The boy lapsed into a coma. Doctors believed he was terminal — and that his death would be soon. The family was called to say final good-byes. But suddenly Steven awoke and addressed his stunned mother. “Mama,” he said, “I want you to bring me the icon of the archangel.”

He was conscious! And no one was going to deny his request. When it was brought, the boy asked that it be placed on his breast, crossed his hands on it, and began to converse with someone or something unseen.

He then told Maria, “Mama: the archangel wants you to build his shrine.” 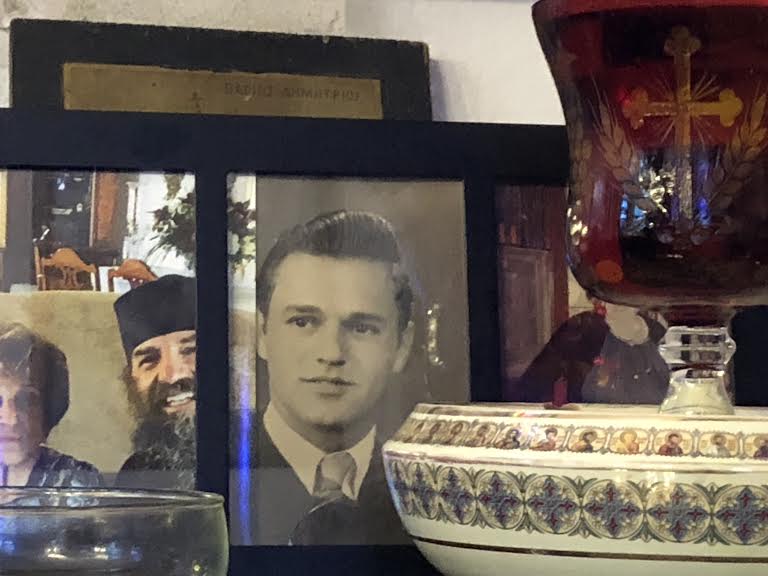 The Tsalichises had a plot of land set aside for a daughter, but no money with which to build. Half-heartedly, Maria said she would try to fulfill the difficult and strange request. That wasn’t good enough. “Mama, say yes with your heart,” insisted the desperately ill youngster, “for he says tomorrow at ten a.m. I will be cured.”

His startled mother did as instructed — desperately and more sincerely pledging to carry out the mission.

The boy was heard rambling in a conversation for seven hours with the unseen force, then falling asleep.

When the eleven-year-old awoke the next day — at ten a.m. — he was totally cured. Doctors testified to the miraculous nature of it.

And soon Maria herself began to have dreams of the archangel, who told her exactly where to build the shrine and the dimensions.

He also instructed Mrs. Tsalichis to pour three drops of Holy Water to start the foundation.

And so did this little chapel take shape — eventually accepted by the bishop for liturgical services.

But it’s hardly the end of the story. 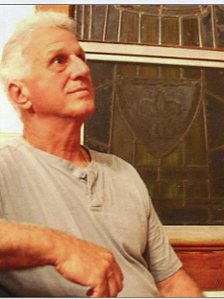 Maria’s grandson, Dan Tagarelli, a retired Tarpon Springs contractor who met with us Sunday (along with wife Donna), and now owns and oversees the site, says the miracles continue to this day.

Along with a friend, Dan once heard bells sounding and when they investigated inside the chapel (seeing that a bell on a tower in front was not moving), followed the “dinging” to that icon from Symi — from which, they discovered — putting their ears to it — the sound was issuing!

This is not the sort of fellow given to flights of fancy. (Dan used to build homes and shopping plazas). “I’m walking slowly through the church and I come to the icon and put my ear to it and the sound was coming from the icon as loud as if I was holding a bell — ding, ding. It went on for thirty minutes,” he told us, an account he has repeated thousands of times. “I went out and got my mother and grandmother and they all heard it. It happened. I heard it.”

He also described how a pregnant 33-year-old woman named Hortense Urso facing imminent and radical surgery for jawbone cancer, and whose baby doctors said they would have to abort, came to the chapel in 1971 and put her jaw against a larger icon of Michael in the chapel, one that had been seen with tears in its eyes.

When Mrs. Urso did, the icon’s face turned red.

As she touched and kissed it, onlookers — including a priest — saw a distinct flash of luminosity, as if from a strong flashlight.

When Mrs. Urso went for surgery, the massive cancer had disappeared. 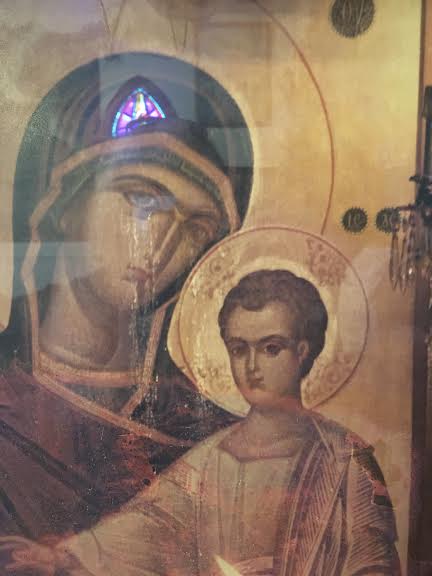 There is another icon in the church — of Mary and the Child — that has wept tears in front of witnesses (the streaks remain under the glass), along with other icons. Healings? A deaf woman hears. A young crippled teenager walks out. No more crutches. Another young girl regains lost vision.

You can feel a strong presence here.

There is a cleansing effect.

There is the distinct impression of the archangel erasing evil.

About seventy-five to a hundred visit the shrine each day, Dan told us, and on the feast day of November 7-8, more than five hundred congregate. Holy oil and candles are available (including for shipping). The shrine is located at 113 Hope Street in Tarpon Springs and open every day from six a.m. till six p.m.