Many are the times pictures tell it like one can not with mere words.
+
Some examples:
+
“Nathan Wilde, 40 of Westphalia, captured a ‘hauntingly beautiful photo of a clay statue of the Virgin Mary silhouetted against the flames moments before the 125-year-old Church of the Visitation collapsed as flames raced through the historic structure [last] Monday,” reports KWTX. “Wilde, a lifelong resident of Westphalia, who was baptized and later married at The Church of the Visitation, was dropping his two children off at a daycare Monday morning near the church when he learned the building was on fire. ‘I went around the back side of the church…(and) I saw the statue of the Blessed Mother Mary standing there in the window inside,’ he said. ‘At that time the church was completely engulfed.'”
+

Are there other silhouettes as well, in the flames themselves?
+
Correspondent Elly Hancsak shared the photo below with us from a claimed site of miracles in Ohio. One has to admit: many interesting photos from there! 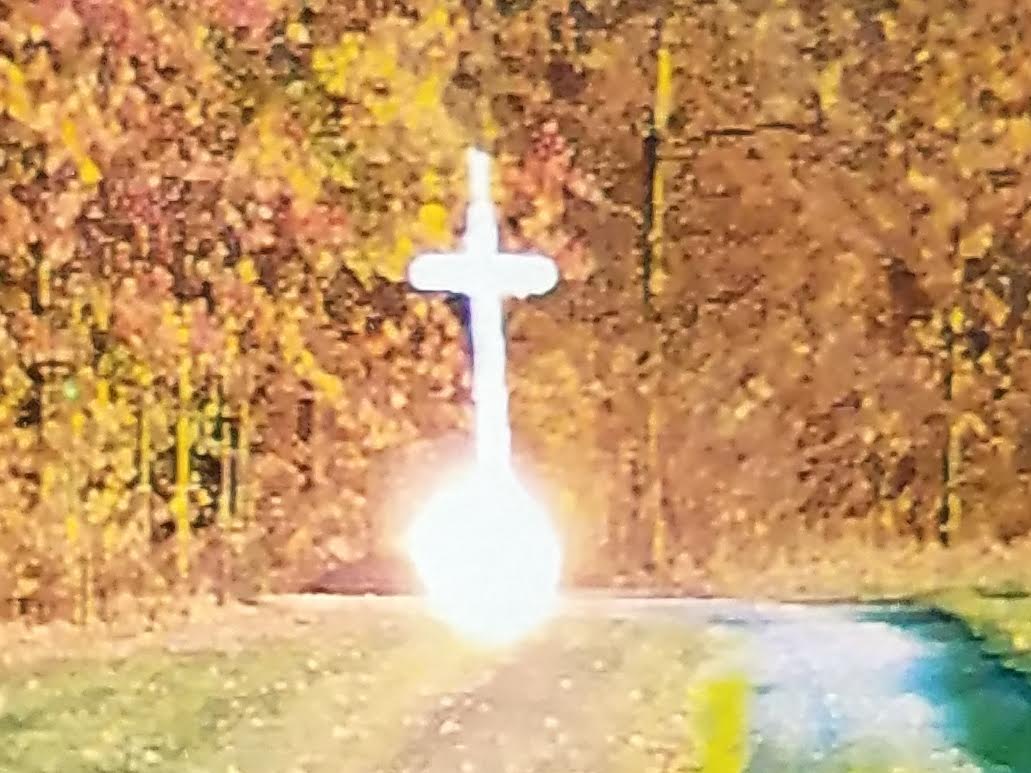 Meanwhile last weekend was the annual Youth Festival at the apparition site of Medjugorje — an event that for the first time was reported upon by the official Vatican News site, and attended by representatives from Rome, as well as tens of thousands of young people. The involvement of the Vatican is an extraordinary development.

Rumor had it that there was going to be a major official announcement on opening day (50,000 kids), perhaps designating it an official shrine (official pilgrimages already are permitted), and while that didn’t occur, the permanently stationed representative, Archbishop Henryk Hoser, publicly stated last week that “the Pope has opened the road to Medjugorje.” The Youth Festival ends August 6. Our Lady has no trouble getting youngsters in the pews. Maybe time for an announcement yet?

Take it all in: Medjugorje has its own archbishop — and a very prudent, wizened, conservative one. There were a reported 670 priests (unconfirmed). How many cardinals were there? By one count, seven.+

Would there be such clerical attendance and beautiful photos, if Mary’s presence was not? (According to a message here years ago, today is actually Mary’s birthday; for your discernment.) 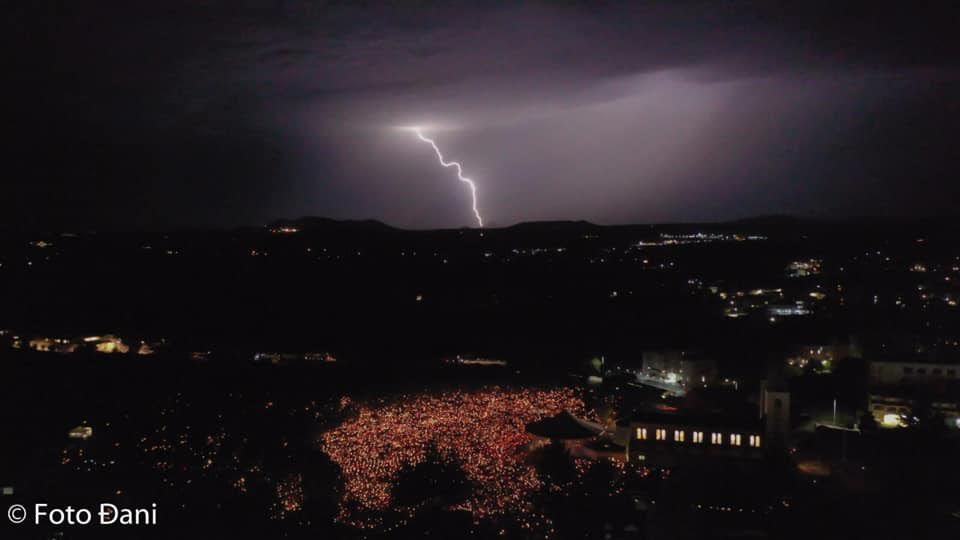 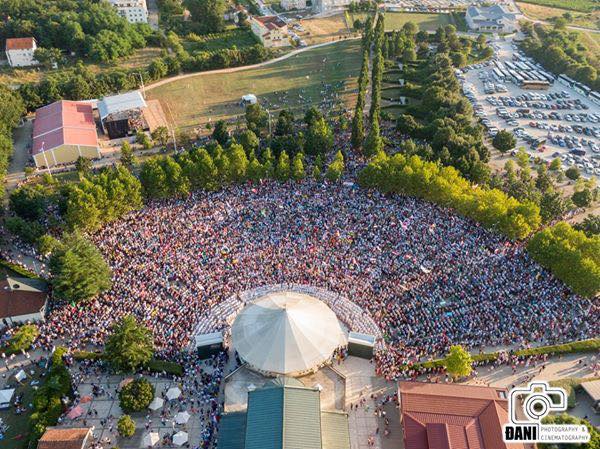 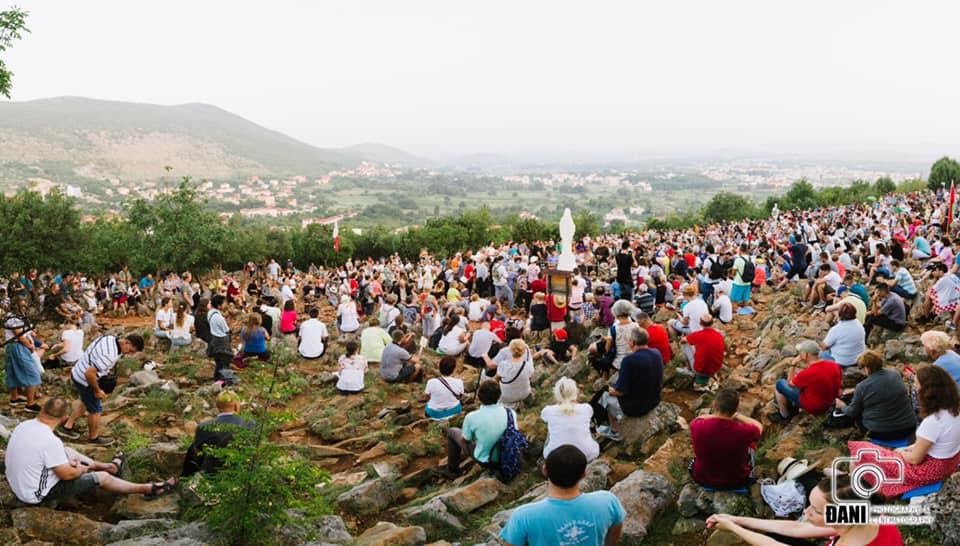 We recently had the photo of a rock a viewer named Kathy Tesoriero found in 1992 at the Mount Claret Cursillo Center. When she showed it to mystic Maria Esperanza, Kathy recalls that Maria held it for half an hour and said, “Hay muchas caras” — there are many faces. Do you see any?