From Forums of the Virgin Mary (initial translation): 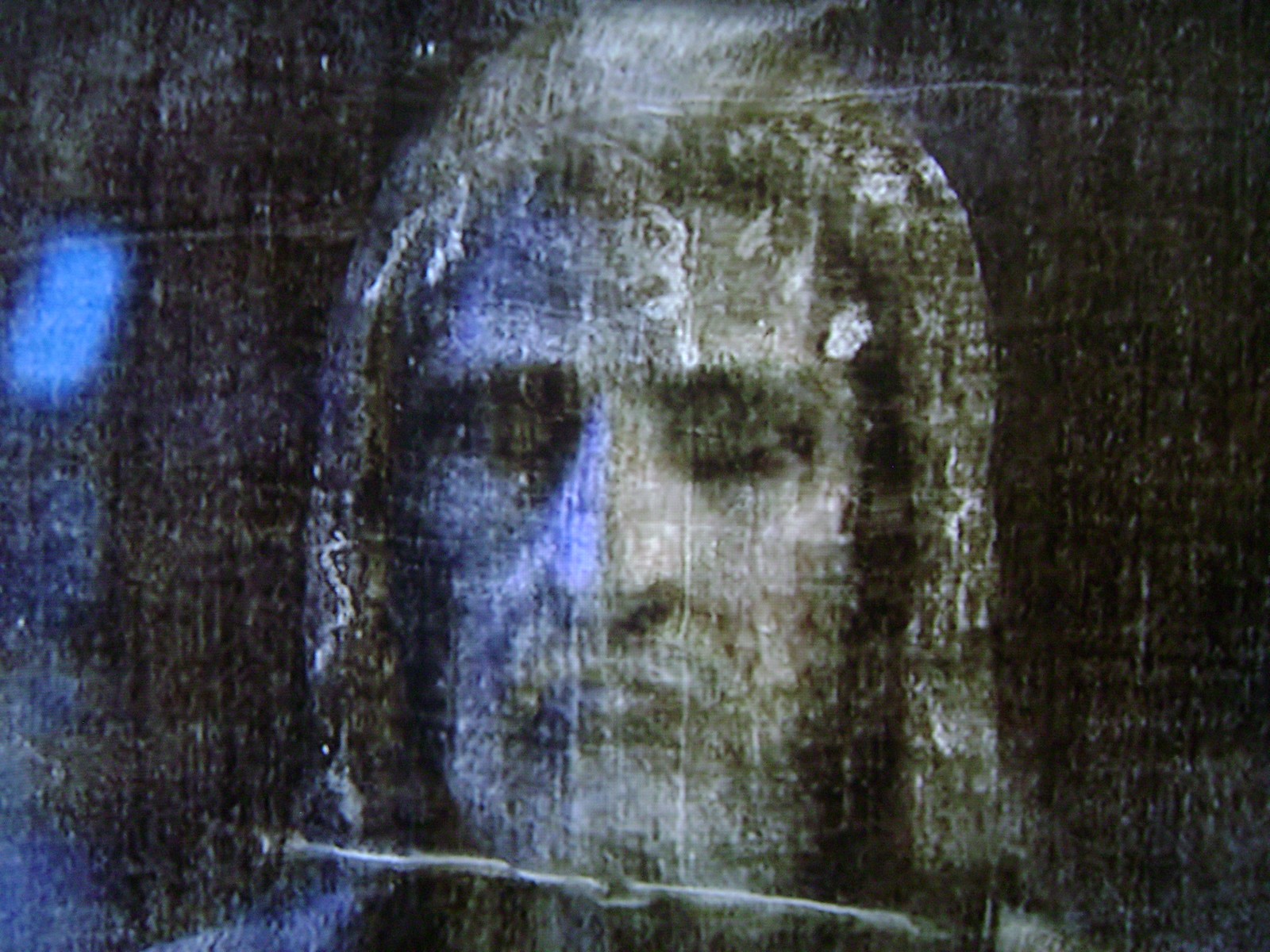 Where, then, could we find a miracle that is historical, documented, with witnesses to it?

And that also present multiple witnesses whose stories fit?

Is there historical documentary evidence from other sources that corroborate the primary source? Archaeological evidence?

And above all, can this evidence be explained only by the miracle and in no other way?

There are many cases that do not fit the materialist explanation, but there is one par excellence.

The miracle we are thinking about is the Resurrection of Jesus Christ, which of course is the miracle that governs them all.

And what is the empirical evidence that it happened?

The proof is the evidence of the Shroud of Turin.

We are badly accustomed to grounding the supernatural by faith, but we can also base it on inexplicable physical facts. Moreover, supernatural proof is the favorite and unique explanation of the Catholic Church when it approves a miracle of a saint.

Every time a person is in dialogue with an atheist he can simply skip all philosophical arguments and simply point to the Shroud.

Most of them will mock it with a wave of the hand, saying: “Carbon-14 dating showed it to be a medieval forgery a long time ago.” The problem with this argument is that the carbon-14 test that was cited is hardly infallible and carbon-14 is far from being the only proof that the Shroud presents.

1 – There is no technology to print on fabric in that way. The image is not a stain.

It is not painted on the shroud. It is not burned in a conventional way.

Instead, it is a scorched image on the cloth, the production technology of which has not yet been explained.

2 – The 3-D capabilities of the image

The image of the man on the cover can be read by 3-D imaging technology.

It is a 3-dimensional image.

Paintings fail in this test.

The image is a photographic negative.

This means that when a traditional photograph is taken, what should be negative appears as a positive image.

If it’s a medieval painting, how did they do that and why?

Not only is it an accurate picture of a dead man.

But  the image is distorted to unveil a real body.

And the body ‘disappears’ inside  the fabric. 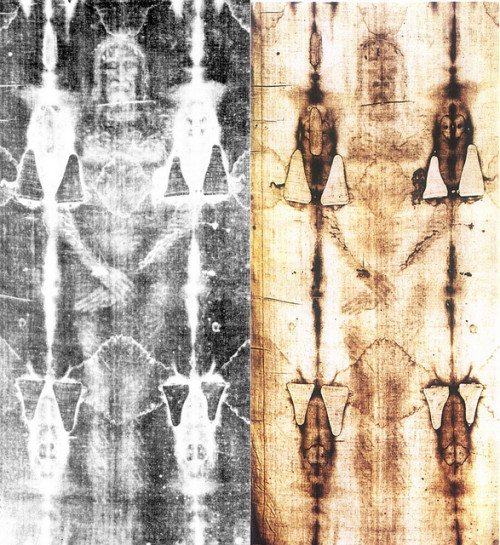 5 – The historical accuracy of the Crucifixion

The wounds are consistent not only with the Roman crucifixion, but with the details of Jesus’ special crucifixion, like the crown of thorns.

No bones broken by flogging.

And there is a wound in the side.

The pollen on the Shroud is not only from the Jerusalem area, but from Turkey and the other places that the shroud is supposed to have resided.

And  the dust in the area that covers the knees and feet is from the Jerusalem area.

The shroud shows details perfectly consistent with the Jewish burial customs of the first century.

There are even microscopic traces of the flowers that were used in the funeral — flowers that grew only locally in Jerusalem and are known to be used for burials.

Studies show that the blood came to the sheet first.

If it was painted, there is no evidence of painting anywhere.

The cloth is consistent with the fabrics of the first century of Israel, but not with those of medieval Europe.

The Irrefutable Physical Evidence on the Existence of God

The existence of God is one of the most important issues for the human being.

Humanity has wondered from the beginning if there is a supernatural being who created everything and sustains it.

Our ancestors explained anything they did not understand as a miracle of God.

But then science was finding natural explanations for many things.

And this is why many atheists think that science can come to explain everything and prove that God does not exist.

But experimental science can not prove the existence of God or the opposite, because it is handled in the natural world and God is supernatural by definition. 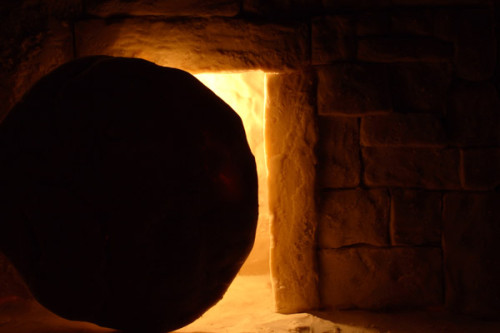 However, there are a series of arguments that lead us to believe that God exists.

One is the ontological argument used by reason to examine the concept of God as a perfect being; that is purely philosophical.

But more understandable to justify His existence is the complexity of our planet, which points to a Designer Who deliberately created our universe.

For example, the earth is a perfect ecological system to sustain life.

A tiny variation of this ecology implies that we would no longer exist.

The wonder of the human brain and the eye in particular leads us to think our biology is not a consequence of blind evolution.

The beginning of the universe also points to an original creator.

The explanation that our universe began with a huge explosion of energy that we call the Big Bang is what prevails with scientists today.

But who created the Big Bang?

In addition, that universe created from the Big Bang operates with uniform laws.

Gravity is constant, the earth turns over itself in 24 hours… all with a remarkable mathematical regularity.

But we also have the revelation made to us by Jesus Christ, a historical figure who said He was the Son of God and showed it with prodigies that are embodied in the Holy Bible.

And innumerable human beings have received supernatural messages of this reality.

Indeed, there are a series of arguments in favor of the existence of God based on design and physical, historical evidence.

If atheistic materialism is true, then the natural world must be a closed system.

But then his theory falls when there is only one case, only one, whose existence exceeds natural explanations.

It suffices one single fact that cannot be explained by natural causes, to demonstrate that there is something that is outside the material world.

What is above means that it is supernatural.

Materialism demands that everything must be explained within that closed system.

There is no place for angels or extraterrestrials, demons or devils, elves, or gods.

If atheistic materialism is correct, there can not be intelligent external forces superior to the natural world.

That could interfere or interact with the natural world.

But it turns out that there are mysteries that exceed the material world. One of those mysteries is the Holy Shroud. 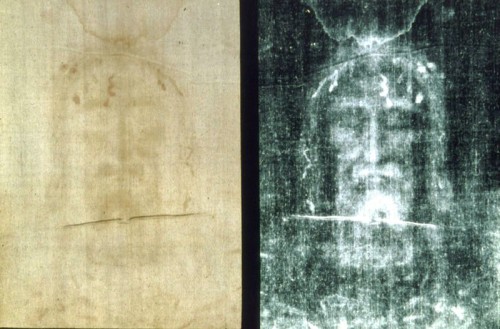 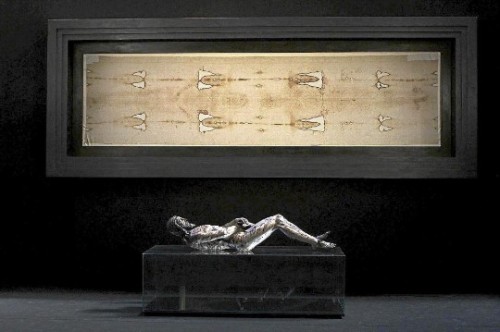 10 EVIDENCE OF THE HOLY SATURDAY

Here are some others that the person who doubts the authenticity of the Shroud must answer: 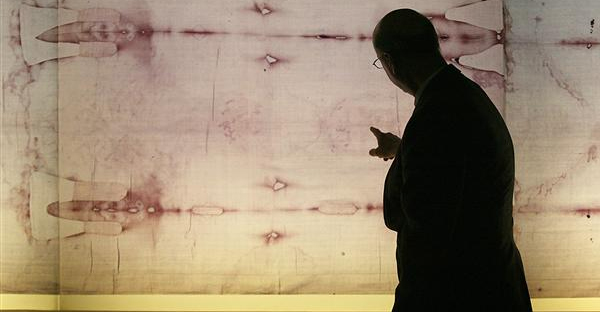 This is what Fanti’s research has done and demonstrated that the 1987 tests were defective.

If atheists really want evidence of God’s existence, then they must look for genuine evidence of a miracle.
.
And they must do so objectively, with care and with an open mind.

A German theologian and friend of Benedict XVI , from the writings of a bishop of the ninth century, seems to have made a fascinating historical discovery.

It reveals how the Holy Shroud of Turin and the Sudarium of Oviedo (and also the Veil of Veronica) were central to the Roman liturgy in Carolingian times; and very likely before.

The discovery was made by Klaus Berger of Heidelberg, a German theologian, an old friend of Joseph Ratzinger and a New Testament scholar, who is conducting a detailed investigation into the Apocalypse of St. John.

During his studies, he met one of the great commentators of the Apocalypse, Amalario (775-850), a liturgical expert of the Carolingian era who was bishop of Metz in France and archbishop of Trier in Germany

And he was a great liturgist of the Carolingian era, to whom Pope Sergio II made him a cardinal.

In those days the altar cloth resembled the covering and shroud that the apostles Peter and John found in the empty holy sepulcher on Easter morning.

But we have a huge gap in the documented records of Easter morning in Jerusalem and the time they first appeared in public.

We know that the Shroud appeared in 1208 in Rome in public, when Pope Innocent III put it in public view.

And the sheet appeared in 1355 for the first time in the West in Lirey in the French area of ​​Champagne.

But we can, nevertheless, be sure that the two cloths have always been part of the “memory of the liturgy”, even though their physical presence came later.

Amalario may have witnessed seeing them there in France.

And it is important to bear in mind that their presence in the liturgy did not begin in the Carolingian era, but was probably used from the beginning.

They were stored for many years in the East, but they were always hidden.

From this we can understand why the altar clothes, analogous to the shroud, until 1969, had to be of “pure linen.”

And why the bodily calls should always be folded in a particular way, by analogy with the shroud. 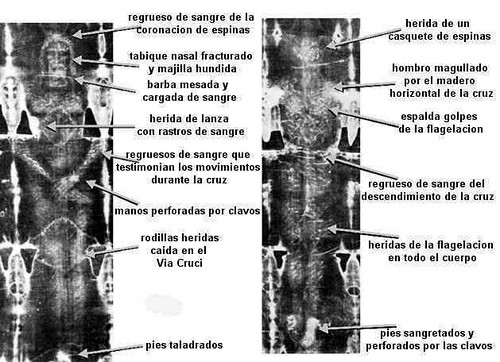 Berger argues that his purpose is to point to the mystery of the Eucharist on the stone altar.

There, the inanimate matter of bread and wine – like the tomb of Christ on the rock in Jerusalem, which had never been used – is always transformed into the “bread of life” and the blood of the living Christ.

After Vatican II we had the discussion: Is the altar something related to communion? Is it a table or is it a sacrifice?

Until that moment it was clearly a sacrifice.

The altar was understood as a sepulcher, where the lifeless elements became something alive – flesh and bone.

Thus, the liturgy can be understood as the “internal hard disk” of the sacred memory of the Church.

Which continues to talk about a physical document that escapes any materialistic explanation and fits perfectly with a supernatural explanation.