The photo below was apparently taken in Yekaterinburg, Russia, formerly known as Sverdlovskaya. Interestingly, there is a temple there by the name of “Temple of Our Mother of All Afflicted,” we are told in the mailbag. 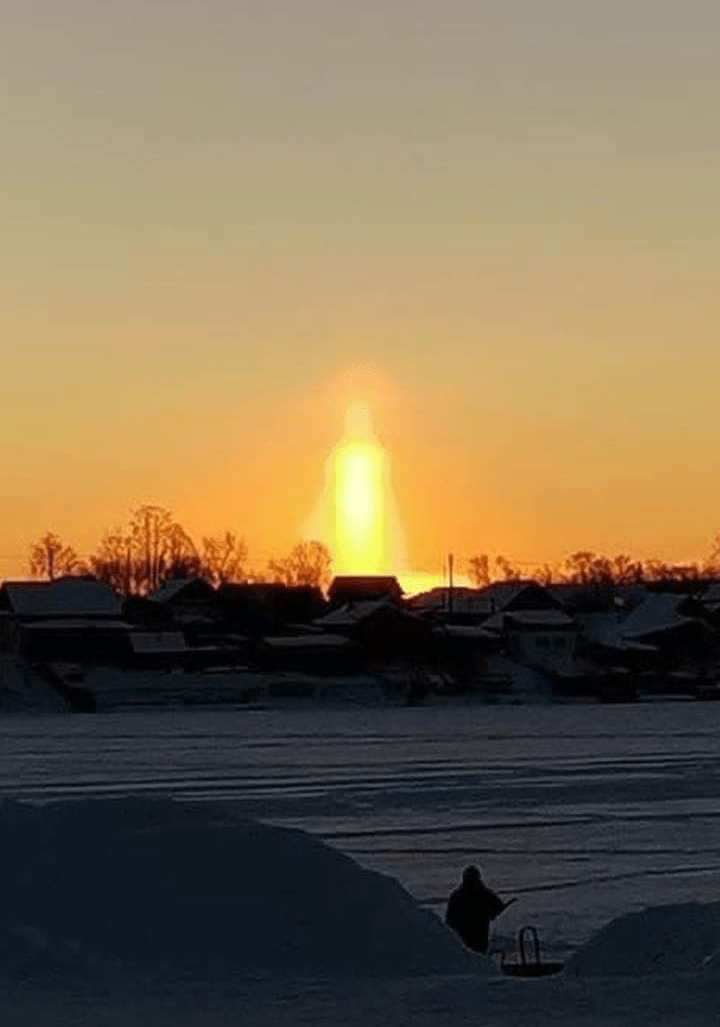 It’s another one of the photos you can take whichever way you take it.

In the mail also: a Chicago viewer who snapped a shot of a Fatima statue and got a light effect that was interesting. 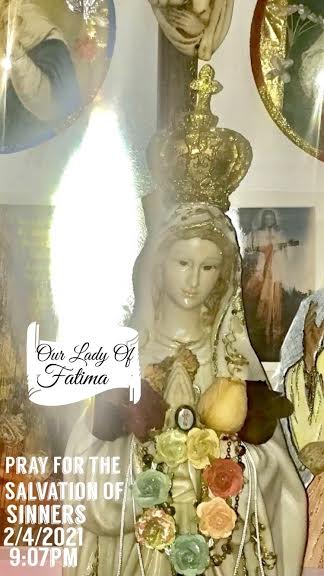 Here’s another [below], from a video taken while Pope Francis was inside St. Peter’s Basilica blessing the faithful with the Blessed Sacrament (don’t forget that during Lent).

First, there is an atmospheric light-reflection, that could be many things. 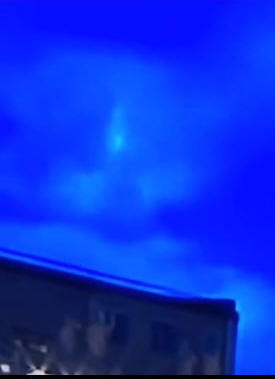 Then, allegedly, there is the close-up (which is certainly clearer and must be discerned both spiritually and with the possibility, of someone, somewhere, of photographic superimposition). 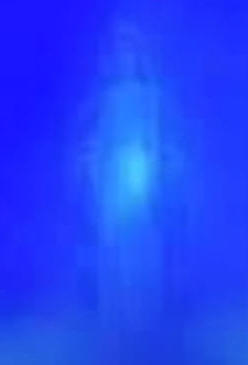 And yet: possibly it is just off enough — sufficiently imperfect — to seem natural (not doctored in any way).

On March 25, 2020, a manifestation of Mary supposedly appeared this way [again, below] in the sky above Argentina, according to Newsflash. (It is on a video posted by this website. “My name is Cecelia Columbro, I hand-craft rosaries and chaplets,” says the woman who operates it. “My passion is to bring the world deeper in love with Christ and His Church by journeying deeper into daily prayer. I really do believe that prayer changes things! I believe in miracles!”) 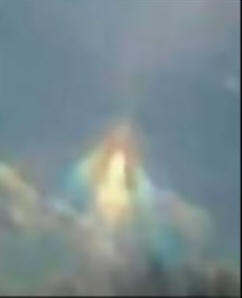 We’re not experts on optical refraction, nor on ways of photographing natural colors, as parsed in rays of light, but it doesn’t seem impressive: like colors you associate with the Blessed Virgin.

Here is supposedly a shot of the sky two days later, on March 27, 2020, in Colombia: As the coronavirus began to rage, it certainly seemed like a comfort. 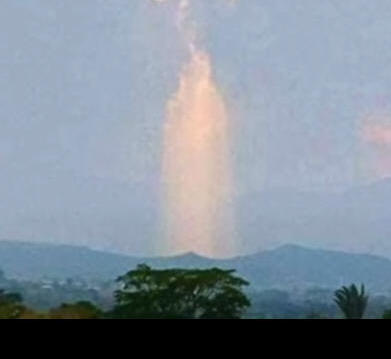 This disturbing squiggly thing, reminding one of both a dragon and the tail of a kite, was videoed over China (Land of the Red Dragon) as the virus began to fade there. Or was it simply being unleashed? Unfortunately, it was headed, apparently, for fertile turf elsewhere. 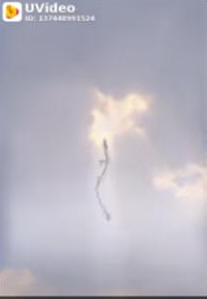 Initially, some speculated that the virus was transmitted via snakes. “In ancient China, some of the river gods which were worshiped were depicted in the form of some sort of snake or snakelike being,” notes Wikipedia.

Whatever it is or is not, if real: the Lord rebuke you Satan!

And a prayer as we enter Lent:

Kyrie eleison. God, our Lord, King of ages, All-powerful and Almighty, You Who made everything and Who transforms everything simply by Your will. You Who in Babylon changed into dew the flames of the “seven-times hotter” furnace and protected and saved the three holy children. You are the doctor and the physician of our souls. You are the salvation of those who turn to You. We beseech You to make powerless, banish, and drive out every diabolic power, presence and machination; every evil influence, malefice, or evil eye and all evil actions aimed against your servant. . . Where there is envy and malice, give us an abundance of goodness, endurance, victory, and charity. O Lord, You who love man, we beg You to reach out Your powerful hands and Your most high and mighty arms and come to our aid. Help us, who are made in Your image, send the angel of peace over us, to protect us body and soul. May he keep at bay and vanquish every evil power, every poison or malice invoked against us by corrupt and envious people. Then, under the protection of Your authority may we sing, in gratitude, “The Lord is my salvation; whom should I fear?” I will not fear evil because You are with me, my God, my strength, my powerful Lord, Lord of peace, Father of all ages. Yes, Lord our God, be merciful to us, Your image, and save your servant . . . from every threat or harm from the evil one, and protect him by raising him above all evil. We ask you this through the intercession of our Most Blessed, Glorious Lady, Mary ever Virgin, Mother of God, of the most splendid archangels and all yours saints. Amen.”