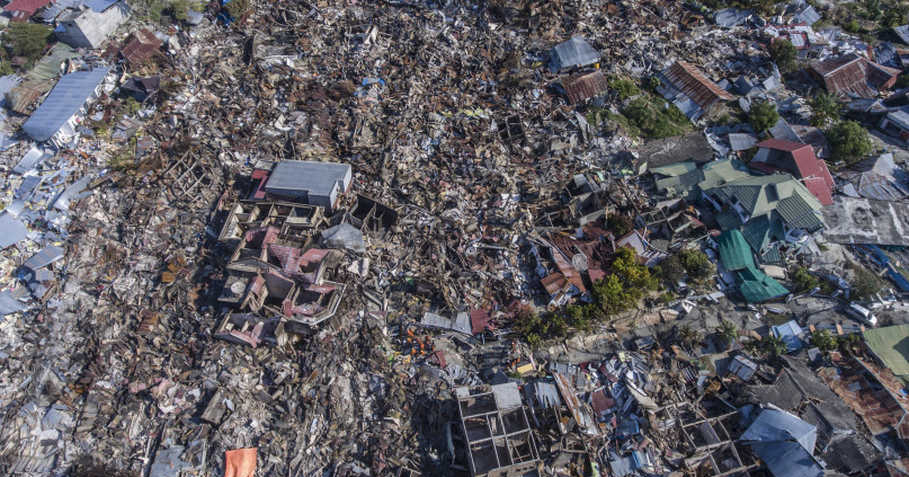 In life, we are simply called to love and to endure. We all die; there is eternity; life on earth, as many times we have said, is a test. If you were God and had watched all those angels rebel, you would also want to test.

Why do disasters occur? I found it interesting when a priest, Father Joseph Lionel, from the one of the hardest hit areas in India in the wake of the tsunami (eight years ago, on Christmas night), noted that “perhaps we can also view matters not so much as God punishing those victims specifically, as the fact that when sin builds in the world, it puts the world out of order. It causes an actual darkness that can physically — and geologically — manifest.

Events come almost as a release of that dark tension. God allows it. The good suffer with the evil. There are victim souls and always have been.”Tempests arrive in our lives, and if a number of circumstances are in place, we can face a “perfect storm.” That’s when one unusually potent system interlocks with others.

A frigid blast of Arctic air might collide with a system of wet snowmaking weather over the Atlantic and the  result is a northeaster. We know that special circumstances of hot and cool air create cyclonic motion to spawn twisters. There are high and low pressure centers, and they interact.

So too do circumstances burst with turbulence in our own lives. Both mundane and spiritual forces converge. We may be at an especially tender emotional moment when a big hassle comes at work, accompanied by an argument with a spouse and trouble with our children, even serious trouble, such as drugs.

The world seems to be crashing down. It’s one thing after another.And it is how we handle these “storms” that counts.Crucial is taking them one at a time and remembering to step back without over-reacting. Wait for the wave to crest.

Like fear, over-reaction grants power to the devil. It is important to remember that a better day will follow, as indeed with faith in God it always does.

If we have a “bank account” of prayers, and if we have sought closeness to God, He affords protection. During the New Orleans tragedy, many were those who felt His Hand; many prayed that the city would be spared a direct hit, and while a catastrophe followed, the worst of the hurricane was diverted at the last moment by a puff of dry air from the Midwest that was completely unexpected and caused the hurricane to decrease in intensity and turn slightly east.

A statue of Him in front of the famous cathedral in the French quarter miraculously survived save for the index finger and thumb that locals decided were symbols of how He had flicked the storm away.

He said there would be roaring waves (Luke 21:25-26); there would be storms in life.And fear is the obstacle to overcoming them. We saw this in the case of that  tsunami. There were those who prayed and found themselves miraculously untouched even though the water seemed to crest over there heads, or as in the case of one missionary, an instance in which – upon his invoking of Jesus – a surge of water seemed to momentarily freeze at the mouth of a lagoon (allowing for his escape).

In both India and Sri Lanka, Catholic shrines saw little damage despite water roiling around them and destroying adjacent properties (at the same elevation).

That happened at the shrine of Vailankanni as well as at the Shrine of Our Lady of Matara, where the waves washed over a 500-year-old statue of Virgin and Child that was said to have miraculous powers and indeed it was later located in shorelines debris with no damage (the Infant was still wearing His crown). In the village of Batiagon, in the Jagatsinghpur District if India, there were just two buildings made of concrete: a church and a rich man’s house, said reports.

The rest of the buildings were straw and clay. People rushed into the two buildings for shelter. About 300 people, both Christians and non-Christians, jammed into the church and cried out for His protection. “At around 11 a.m., a massive tidal wave thirty feet high slammed into the village, instantly destroying the shacks and sweeping away the rich man’s house,” said the report of this. “Witnesses inside the church say the wave seemed to split and go around both sides of the building. All 300 people who had taken shelter inside the church survived…. All the people in Batiagon village confessed that God had graciously saved their lives. The Hindus declared they would never again oppose Christianity.”

[adapted from Michael H. Brown’s The God of Miracles] 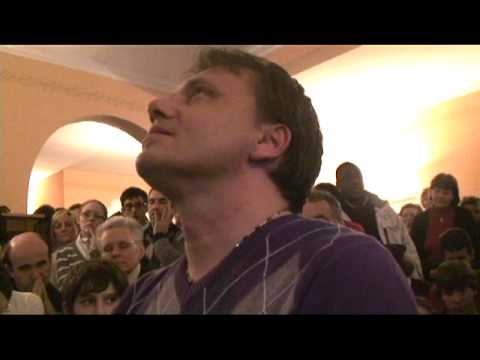 “Dear children, on this day of grace, I am calling you to love. Little children, God loves you immeasurably and that is why, little children, full of trust and without looking back and without fear, completely surrender your hearts to Him so that God may fill them with His love. Do not be afraid to believe in His love and mercy, because His love is stronger than every one of your weaknesses and fears. Therefore, my children, full of love in your hearts, trust in Jesus and say your ‘yes’ to Him, because He is the only way which leads you to the Eternal Father.”]