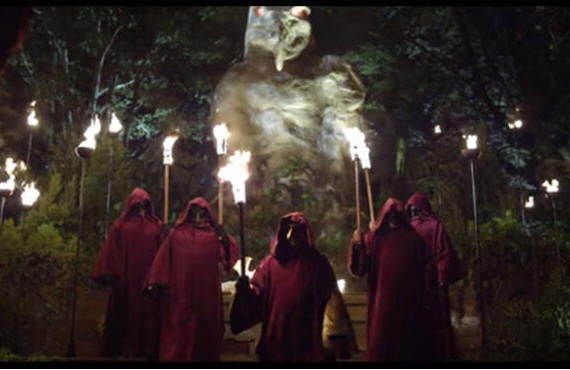 Through the years, which have turned into decades, we have had any number of articles on that mysterious place in northern California, Bohemian Grove, where every summer the powerful, rich, and famous meet to “let their hair down” — and to quietly (there is strict secrecy) discuss world trends and ideas for the future. The list of world luminaries who have been here is too long to summarize. The Manhattan Project was first hashed about here. It is also a place where there is a giant owl in front of which a human effigy is burned every year (ostensibly to represent the “burning of cares,” i.e.: relaxation).

Just a summer playground? Many have fretted that, dressed in robes, participants are knowingly or unknowingly attending a pagan ritual. Though the ritual is supposed to be lighthearted, sort of a spoof — or so participants say — there is a darkness about it. Is it a meeting place, like the Bilderberg Group, for a “new world order”?

If spiritual darkness there is, it turns out that wasn’t always the case, we are informed by a viewer, Ellen Gianoli, currently president of the National Association of Catholic Nurses.

Wrote Ellen at a time when blazes were erupting all around the Grove:

“I am fourth-generation raised in Sonoma County, California, where fires rage. I was raised on Bohemian Highway, as in Bohemian Grove.

“Historically, much of Sonoma County was dedicated to God in the early years of settlement by Spain through Mexico, and Russia.

“The first Spanish land grant was to a woman in the area of Santa Rosa, the county seat. Prior to that, the most northern Catholic Mission was established in the current town of Sonoma, to the east of Santa Rosa.

“Satan laughs at the slackness of the Christians to hold the land over the years.

“The ‘hippies’ came in strongly in the 1960’s, when one of the first well-known communes was ‘Morning Star Ranch’ just down the road from the current Bohemian Grove.

“The casting off of Christian morality, drugs, and all that followed have left a wake of tragedy, sorrow, and immorality. The burning effigy started at the Bohemian Grove has spawned the Burning Man yearly pagan event held each year just outside far northern California in the Nevada Desert.

“Dear, beautiful Sonoma County, could have held a beacon of light in the darkness — but darkness is trying to overshadow the whole area. Lord, have mercy.”

Lord have mercy on every place once so consecrated — from the California to the eastern seaboard.

[Footnote, from the 1990 Prophecy: “The seat of Satan in America is north of San Francisco.”]

[Footnote II: There is first darkness but then light. Before you know it, Christmas will be upon us. The dash from Halloween to Thanksgiving to Advent leaves one almost breathless. We know it’s early (too early), but in these penumbral times, it reminds us of a photo sent last Advent by viewer Pamela Thorne in Plymouth, Connecticut. Light splitting the night (as opposed to a fire in front of an owl.)

“It was taken on December 18th, 1997, during prayer,” Pam explained. “My friend [snapped] this picture while she was praying for me during the delivery of my third child.

“As was her habit, she pointed her camera towards the sky, and this image which I believe to be a miraculous one, appeared on the film.

“Can you see a figure to the left of what may be the sun? I had prayed for the gift of one of my son’s to be born on one of Mary’s feast days, as I have a devotion to her. I later and joyfully found out December 18th had been celebrated in the Church at one time and was known as the ‘Feast Day of the Expectation of Mary.’ I think that this is a beautiful and miraculous image of the expectant Mother of God.”] 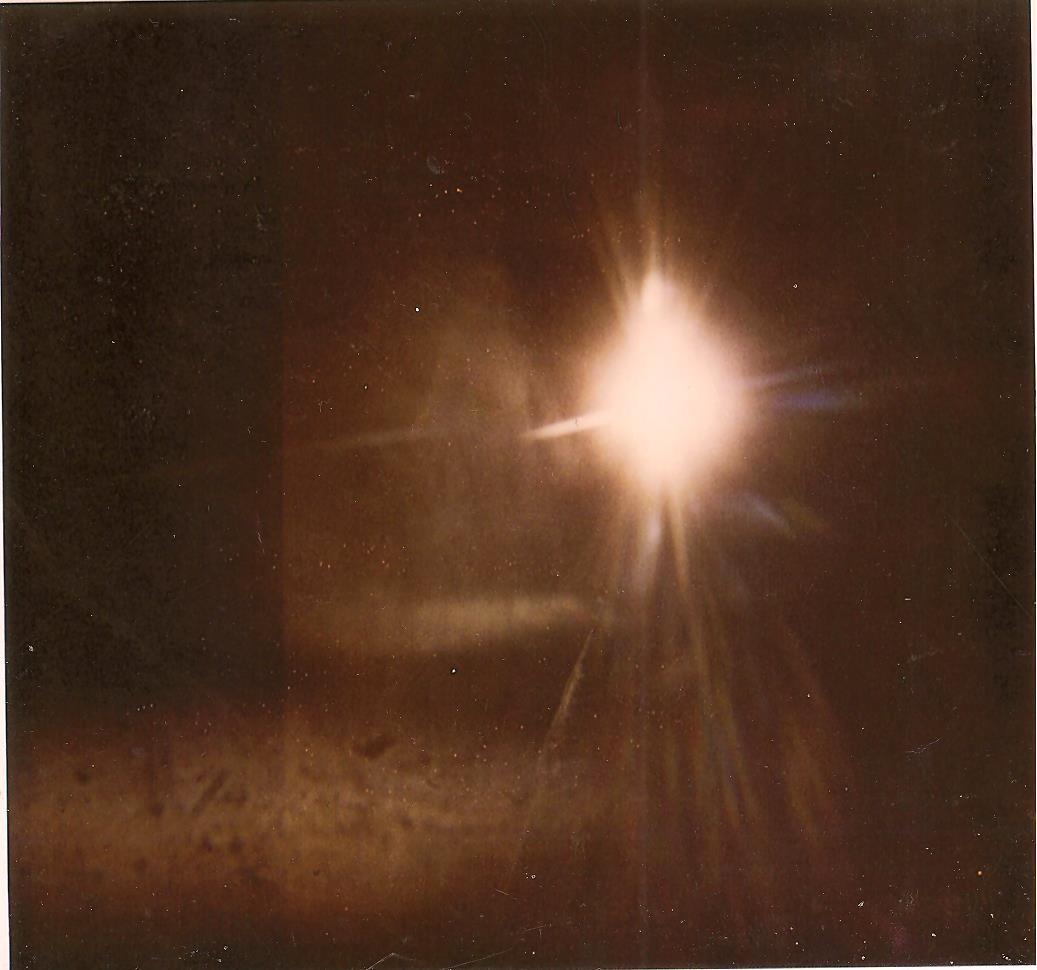