My dear friend, Dr. Gloria Puldu, President of the Leah Foundation, the organization of Leah’s family, sent me this picture. Yesterday, a sun rainbow was witnessed in Jos, Plateau State, Nigeria which is the world’s hot spot for Christian persecution.
Leah, as you may know, was kidnapped by Boko Haram from her Dapchi school in February, 2018 at aged 14. She alone was kept when her classmates, over 100 girls, were released. They said she was kept because she adamantly refused to renounce her faith in Jesus.
+
Plateau State has had at least 10 young people kidnapped and executed by Boko Haram so far this year. As far as we know, Leah still lives. We pray for her swift return! Earlier this month, we received news of a captive girl whose guards fell asleep while the door was open and she escaped back home. Praise God!
Here’s the picture…
+

God bless you!
Dede Laugeson (Colorado)
Meanwhile at a church: 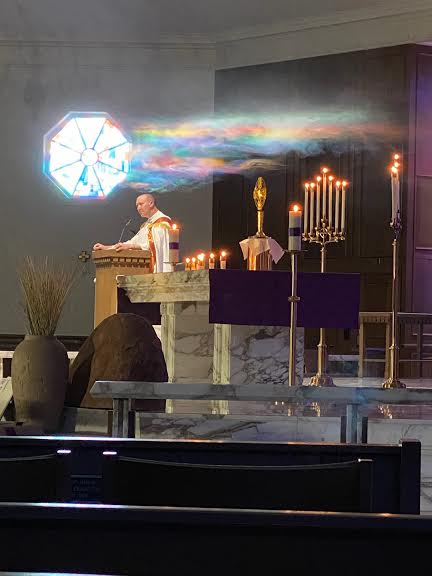