The photos below were sent by viewer Theresa Thomas. They were originally posted on her brother Robert Kloska’s facebook page. Wrote Robert, on December 11: “Today on the way home from 11:45 a.m. Mass at Sacred Heart Basilica at Notre Dame, I stopped to grab a photo of the snow-covered grotto. As I took the photo, my iPhone shut down, presumably from the cold. As I recharged my phone tonight, I had forgotten that I had even taken the photo. When I looked through my photos, I was stunned to see this strange vertical ‘cloud’ in the photo. It was not visible to my eye when I took it. I’m not sure what to make of it, but it sure got my attention.”

That’s the first photo below.

Then there’s the second one.

Explains Theresa: “The original image has no filters. The [second] one [below it] with the isolated glow is not changed, just light focused by a very good and holy man who happens to be an expert photographer and knows about light and such things.  His website is sweetwaterhaven.com.”

Did snow ever look more beautiful (and less cold)? 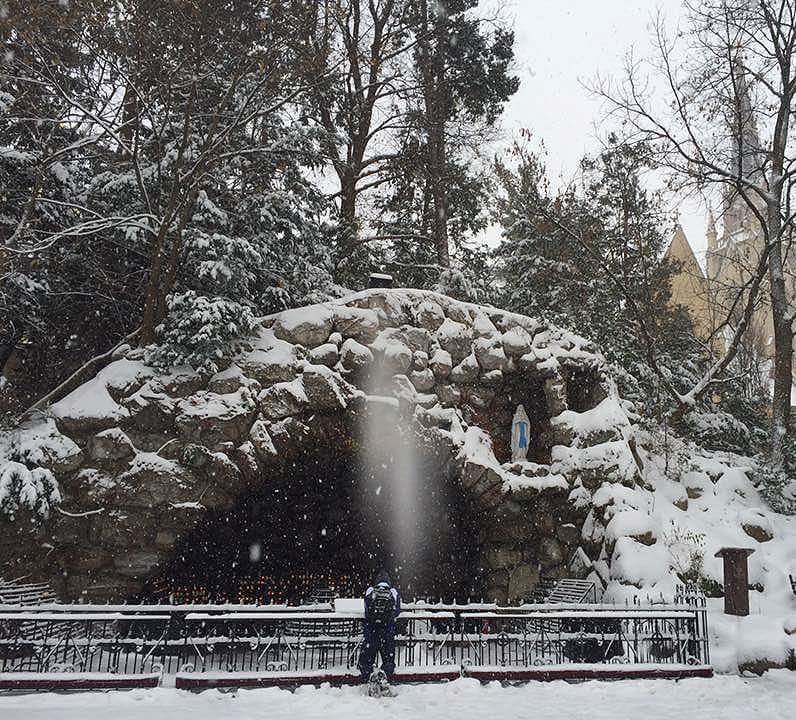 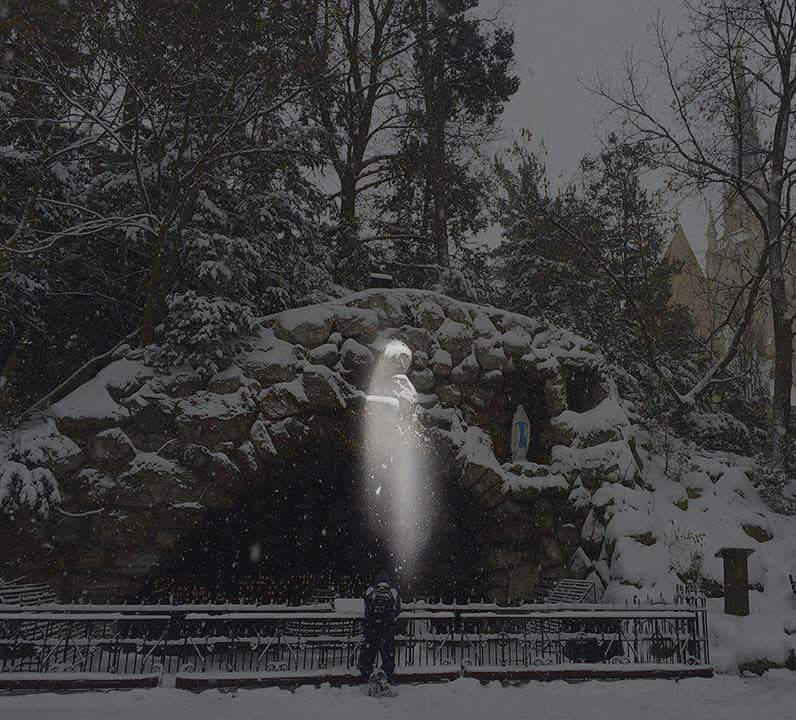