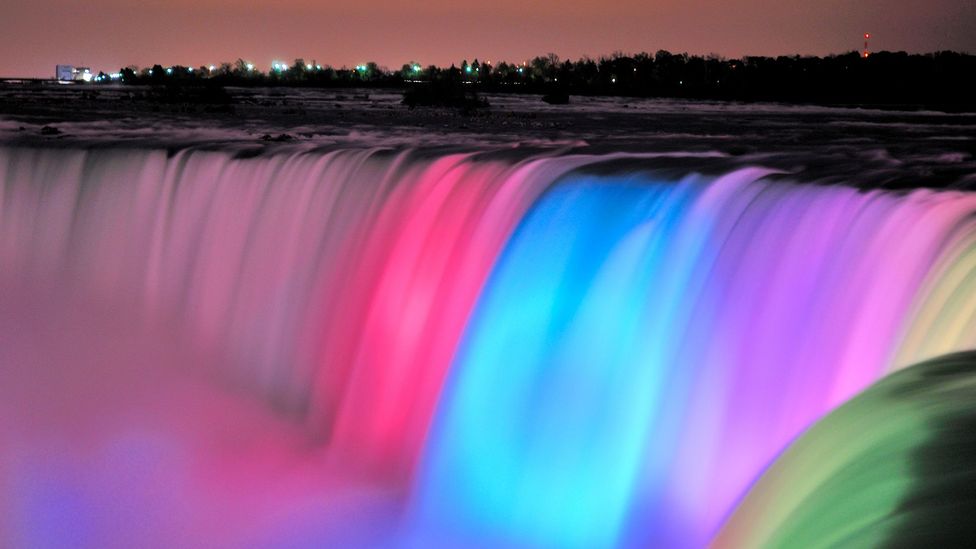 If you’ve been to Niagara Falls, you know the cataracts are gorgeous, especially at night, when colored lights illuminate the falling, misting waters, especially this time of year.

On both sides (American and Canadian) are numerous hotels. Some present breathtaking views, certain ones closer than others.

And there’s a metaphor in this, for at Niagara, one of the best ways of appreciating all facets of the awesome beauty and power is by taking a trip they call “Cave of the Winds” on the American side or a tunnel that goes under the Horseshoe Falls on the Canadian side, allowing one to stand behind the powerful waters. 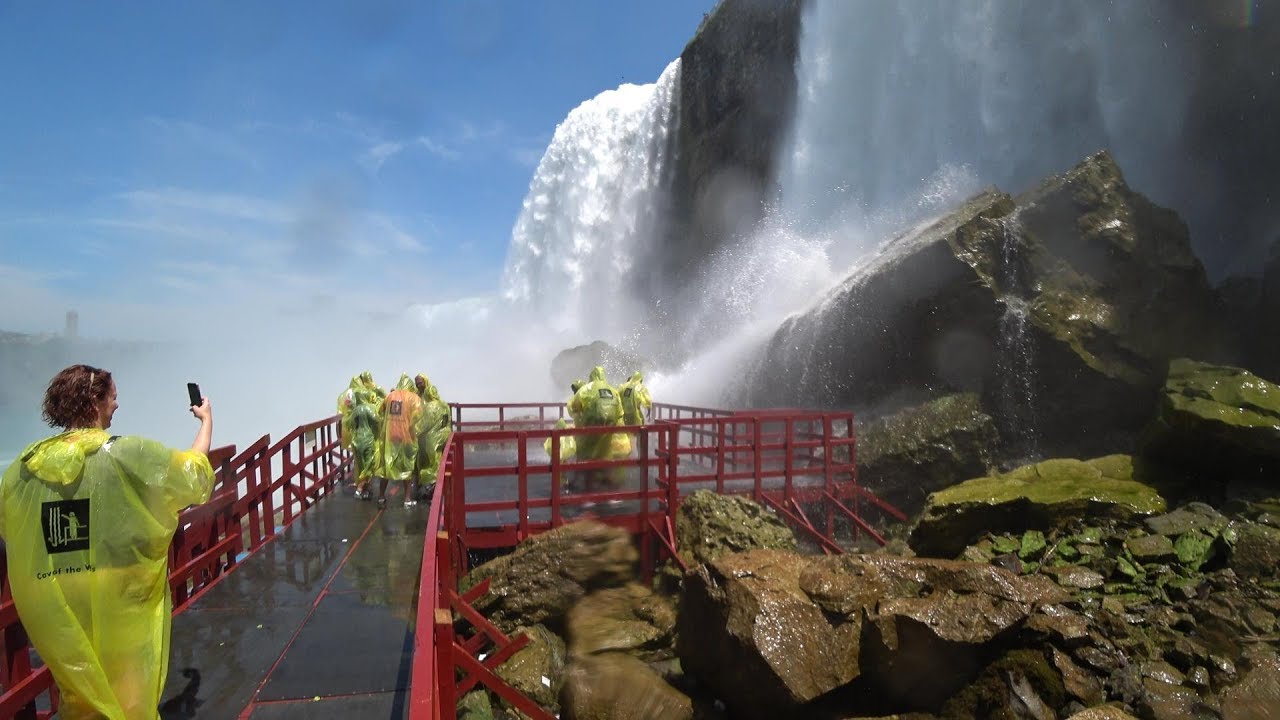 The metaphor? God is sort of like Niagara (which of course He created), and we’re the tourists. Some of us never leave our hotels for a better, closer, improved vantage point, and we’re like that when we’re too lethargic or intimidated to view and hear Him up close.

That’s too bad, because the nearer we get, the better you see; the louder the roar.

You may get wet as you near the falling waters, but it’s the dew, the mist, the rain of God’s Holy Spirit, His Grace, falling upon you.

Or, there’s the Maid of the Mist. That’s a boat that circles on the roiling waters at the base and takes you right up to the torrents. Now you’re talking wet! They give you raincoats because it’s like a monsoon down there, in the same way the nearest approach to God brings the wind and cascades of the Holy Spirit when our prayers are ceaseless and said from the heart, spontaneously, with true faith, which brings that exquisite awesome closeness and causes Heaven to send our true destiny. 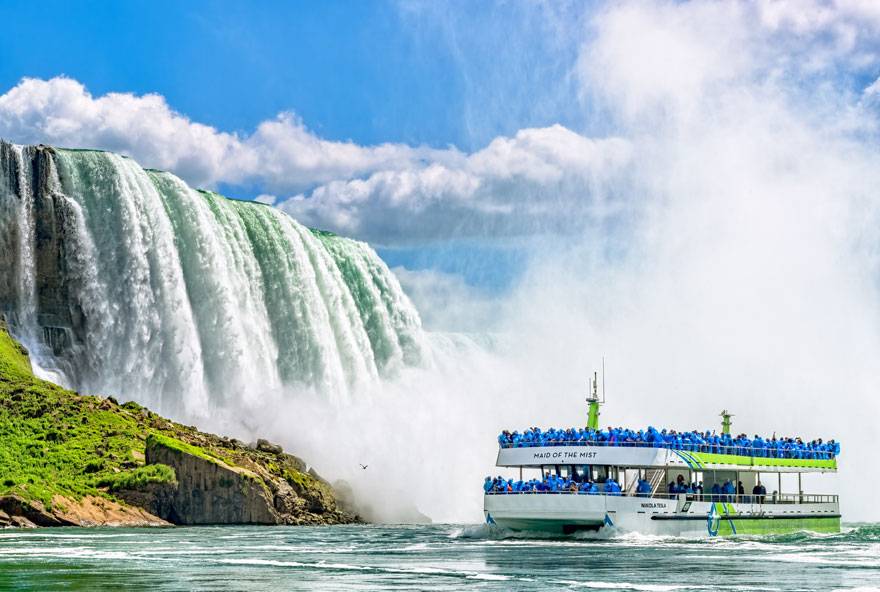 Remember that everything visible and physical is preceded by something invisible and spiritual. Live in the supernatural, which forms your reality. And mull over how life itself is like the Niagara: the calm water of Lake Erie flowing into a river that picks up speed and churns into rapids before reaching the tremendous descent over the ledge and into the agitated basin below, the swift current bringing one down the lower river around a whirlpool and through high “haystack” rapids before emptying into the calmer water of the lower river and eventually to the deeply placid lake called Ontario.

As with life, only with God could one survive that fully intact!

How close do you get to God? Are you afraid to draw nearer than the window of a distant and “safe” hotel? Or do you have the faith that goes right up to Him so you can hear the “roar” His Word, His thunder, the Grace that soaks in when we take the chance of stepping forward.

At Niagara, God’s waters thunder such that our own thoughts and voices are stifled to the stillness where He awaits us in the force around us. Too often, we pray without contemplating what He already has given us. We go to school and we are “dying” to graduate. We graduate and we’re dying for a job. We get a job and are dying for a promotion or a better job. We pray to retire. And then once we retire we are just dying.

We never do receive what He had waiting for us.

There’s the story of the congregants from a church who during a searing drought gathered praying for rain. It was uncomfortably dry. They were ready to accept even a few drops. They prayed as a group — but nothing occurred. Not a cloud opened.

Then along came a young boy with an umbrella and, noticing their forlorn looks, he offered a heartfelt prayer.

Shortly after, there was a downpour. God answered his prayer.

Because the boy had brought that umbrella. He had his raincoat on.