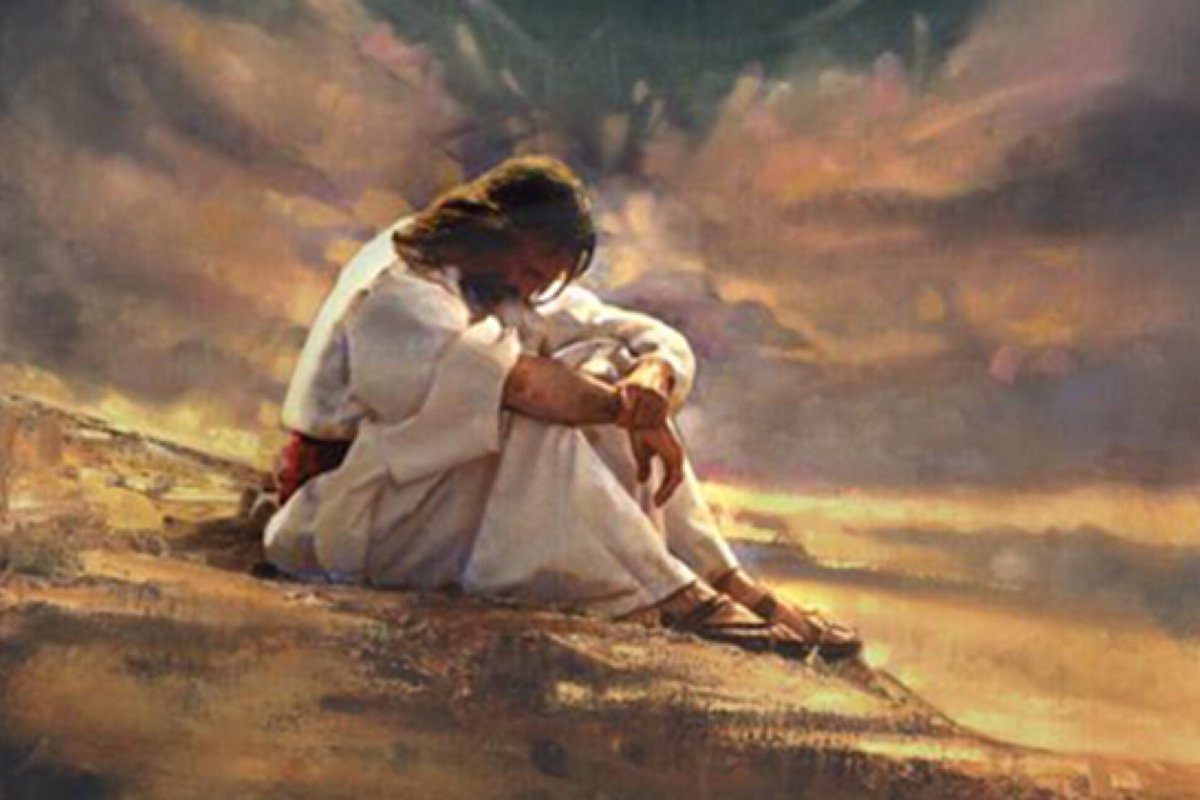 Why does Lent — the temptation of Jesus, His most intense spiritual warfare — take place on a desert?

For that it does and did: forty pivotal days during which He faced-off with Satan himself, and quoting Scripture, and fasting, and simply being Who He was, easily overcame the devil (culminating in His ministry and the dramatic victory at Calvary).

But again, why a desert?

It is where the scorpions sting, serpents disburse venom. It was a place where worldly pleasures and power were offered (and refused, as an example to all humankind). It was where the devil tried to get Jesus to test God, when life on earth, when the desert, is supposed to test us.

There is clarity of vision on the desert. One can see great distances. One can look inwardly. There were forty days as, too, Jonah gave a warning of forty days: There is on the desert the dust of death.

Besides a place of deprivation — short on food as well as water — deserts are arid places and we see this in the Bible: “Now when the unclean spirit goes out of a man, it passes through waterless places seeking rest, and does not find it,” (Matthew 12:43). So the desert is a gathering place for such forces and where Jesus confronted them Face to face: on their own turf; on their own territory; later descending into Hell itself: showing definitively that no evil could entice or otherwise defeat Him, not even Satan himself.

One thing we never see, as an emotion, in Christ, is: fear.

When we’re near to Him, we need not have any either.

Where Adam and Eve — in a lush Garden — chose to eat the fruit, Jesus fasted for those forty days — a day for each year ancient Jews themselves spent on the desert. Only with prayer and fasting — as Jesus showed — can Satan be cast out.

As a blogger on Catholic Exchange, Gayle Somers, points out: “When God formed a people for Himself, the Israelites, they also experienced a time of testing.  After they had been liberated from slavery in Egypt and had begun their journey home to the Promised Land, they had to sojourn in the desert, where they faced shortages of food and drink, attacks by their enemies, and the temptation to return to Egypt in their hearts by practicing the idolatry they had left behind there.  God was teaching His people to trust Him, no matter what.

They found this hard to do! Over and over, they, too, let their trust in God’s Fatherhood die. Even when they reached the Promised Land, they refused to take possession of it, fearing its inhabitants more than they feared God. This final disobedience resulted in forty years of wandering in the desert, until the hard-hearted generation got what they wanted—they died before they could ever step foot in Canaan.

“Now we know why the Spirit led Jesus into the desert.  In this solitary, haunted place, He faced down the attacks from God’s enemy to which all other human beings had succumbed.  In His own Person, He undid our mournful history. Something new was now beginning in the story of man.  It was only the beginning, however. The devil ‘departed from him for a time.’ Lent will keep us focused on the drama to follow.

“If we have lost this perspective, if our proportions are all wrong, if have succumbed to the lies of our enemy, Lent is the time to shake off the old and put on the new. If we have forgotten the God Who saves us, Lent is a time for remembering.”

[see also: Pope: Jesus shows us how to resist temptation]