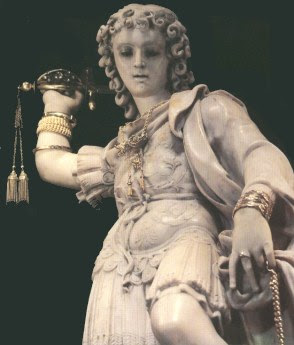 What can you say about a little (but big) book on the Archangel Michael that opens with this dedication?

“To Most Reverend Father Pio of Pietrelcina, Capuchin, my beloved spiritual father, who always helped and supported me in my sacerdotal life, and who bears Jesus Christ’s stigmata with so much humility and grandeur, I offer this work, which he requested and blessed himself, to the glory of Saint Michael. On the occasion of [Padre Pio’s] stigmata’s fortieth anniversary.”

Somehow, this rare little-big book eluded us, until now. The dedication was on September 29, 1958.

The author was Father Marcel Bouzon, and the title is “The Grandeurs of Saint Michael the Archangel.” It has limited circulation. We are offering it now.

Though it’s just seven-by-four-and-a-half inches, there are 210 pages packed with information — often obscure information — on the archangel, his apparitions (more of these than you thought!), his wonders and signs, his role in purgatory, his greatness in nature, his role in hope and faith, his love of Jesus Christ, and powerful litanies and other prayers.

Wrote Father Bouzon, “Saint Michael does not content himself with exercising his charity towards those who honor him during their life and at their death, but he relieves them also in purgatory, where they comply with Divine Justice. In the service for the dead, the Church sings that holy souls are introduced by him into paradise.

“As soon as they are purified from their pains due to sin, he makes them come out of the prison of purgatory and leads them from darkness to heavenly light. During their trial in purgatory he offers his merits up in their favor, is granted mercy, and frees them from this place of torments.” 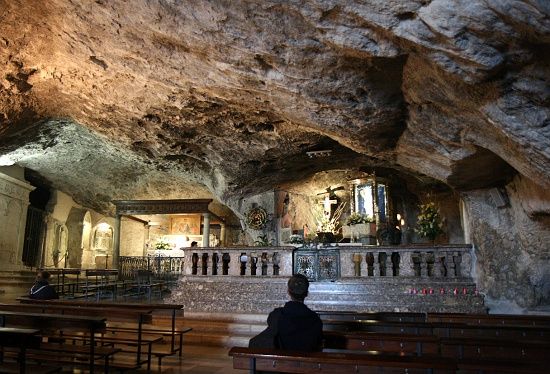 One can only reflect on the power of places like the Saint Michael cave in the Gargano of Italy — not far, in fact, from San Giovanni Rotundo where Padre Pio spent most of his life.

The book is a walk through holiness, teaching charity, humility, and love through the great archangel.

He appeared, did the great angel, to a bishop on a mount near Castellammare, Italy.

He appeared in Ireland, answering another bishop’s prayer to come and slay a serpent haunting the vicinity.

More than thirty, in all!

Each apparition, each intervention, bore a lesson.

As Saint Thèrèse of the Child Jesus wrote, in a poem:

“I am Michael, the guardian of France, a great general, in the kingdom of Heaven. As far as hell, my very Power goes, and the devil for that, is really envious.

“Of old indeed, full of light and brightness, Satan wanted to reign in the holy place. But, as a thunder clash, I exclaimed these words: ‘Who is like God?'”

[resources: The Grandeurs of Saint Michael the Archangel]