How you see others often reflects less on their nature than yours.

Let that sink in the next time you’re tempted to judge or criticize.

Watch what you think and talk about when it comes to people. Follow not those who besmirch.

It was the great Indian Christian mystic Sundar Singh who warned that too often we come to conclusions about those we encounter based on very flimsy information. It’s as if we want another person to be or seem bad. Apparently this makes us feel that we are good (superior). 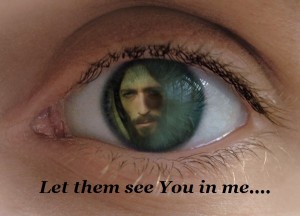 Yet in the Eyes of God, that’s not necessarily the case.

“We can form an estimate from the depravity of man’s perverted nature from this — that, if an evil report about another goes around, even if it is false, a man whose outlook is distorted by sin will at once accept it as true,” said Singh, a convert to the Christianity as a young man. “If, on the other hand, a good and perfectly true report is received — for example that such and such man is a devout person, who has done this or that work for the glory of God and for the good of his fellows — then, without hesitation, such a hearer will say, ‘It is all false. So-and-so must have some motive of his own at the back of it all.’

“All we can learn from such an attitude of mind is that, as his mind is tainted with evil, he believes evil reports because they fit in with his evil nature, and he thinks good reports are lies because they do not fit in with the evil of his heart.”

“By nature a good man’s attitude is the opposite of this,” said the devout Indian. “He is naturally inclined to doubt an evil report, and to believe a good report, because this attitude best fits in with the goodness of his nature.”

But during life we become cynical and negative. Said another way: we are looking through a windshield, a lens, tainted with our own grime. Our “eyeglasses” when smudged distort reality.

And so it is that often we can tell the state of our innermost being by how we view others.

This points up the tremendous importance of boundless and unconditional love. It also tells us the importance of Confession to cleanse.

When there is love, there is the prism of light; there is no blind spot; the lens is clear; there is no harsh judgment for which one day we will have to give an account.

Singh described his vision of a minister who’d died and was sure his destiny was Heaven — but instead found himself in an “intermediate state” where there were likewise basically good people but folks who still maintained serious flaws.

He had been a blustering judgmental type who was certain he belonged in Heaven, which upon death, “saw” Singh, the minister was allowed to glimpse but not allowed to enter. “What right have you to leave me half-way up to that glorious country,” he asked the angels escorting him away from Heaven, “while you take [another] man away up near to it? Neither in holiness, nor in anything else, am I in any way less than this man, or than you yourselves.” As a preacher he had taught people all his life how to reach Heaven and felt he knew everything necessary to enter it.

The pride was unmistakable. And it was preventing his rise. It is why saints have always looked at others as better than themselves. Only the humble enter.

“In that intermediate heaven [which we call purgatory] there are grades upon grades right up to the higher heavens,” said Singh, “and the grade into which any soul is admitted for instruction is determined by the real goodness of his life on earth.”

Real goodness. Not outward appearances. Not mere ritual. Not feigned holiness. But deep purity and goodness, which means assuming innocence in another person before guilt and wishing– praying for — the best for that person’s soul and for everyone.